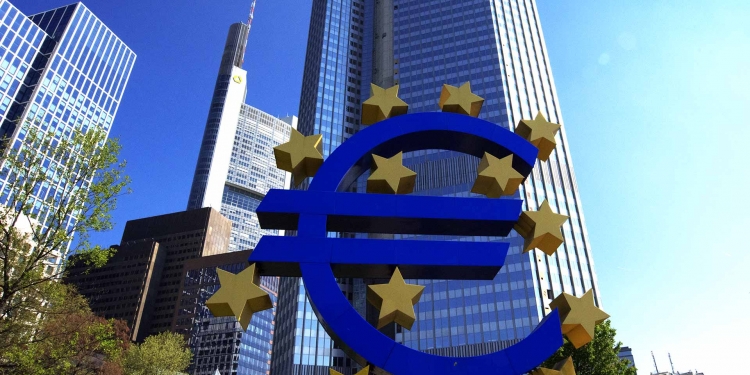 Euro area economy is experiencing an unprecedented contraction in times of Zero ECB-Rates. There has been an abrupt drop in economic activity as a result of the coronavirus (COVID-19) pandemic and the measures to contain it. Severe job, income losses and exceptionally elevated uncertainty have led to a significant fall in consumer spending and investment.

The improvement has so far been tepid compared with the speed at which the indicators plummeted in the preceding two months. The June Eurosystem staff macroeconomic projections see growth declining at an unprecedented pace in the second quarter of this year, before rebounding again in the second half, crucially helped by the sizeable support from fiscal and monetary policy.

Eurozone Economy to shrink by 8.7% in 2020 due to COVID-19 Crisis
Christine Lagarde, President of the European Central Bank

Nonetheless, the projections entail a substantial downward revision to both the level of economic activity and the inflation outlook over the whole projection horizon, though the baseline is surrounded by an exceptional degree of uncertainty. Price pressures are expected to remain subdued on account of the sharp decline in real GDP and the associated significant increase in economic slack.

ECB keeps interest rates near zero amid COVID-19 fallout and expands PEPP – Pandemic Emergency Purchase Programme by €600 billion. The envelope for the pandemic emergency purchase programme (PEPP) will be increased by €600 billion to a total of €1,350 billion. The PEPP expansion will further ease the general monetary policy stance, supporting funding conditions in the real economy. The purchases will continue in a flexible manner over time, across asset classes and among jurisdictions.

The interest rate on the main refinancing operations and the interest rates on the marginal lending facility and the deposit facility will remain unchanged at 0.00%, 0.25% and -0.50% respectively. ECB expects the key Central interest rates to remain at their present or lower levels. ECB interest rates remain until the inflation outlook move close to, but below, 2% within its projection horizon.

Why don’t we print money for Corona Crisis

What is Inflation in Corona Crisis?

The ECB Governing Council continues to stand ready to adjust all of its instruments. ECB wants to ensure that inflation moves towards its aim in a sustained manner, in line with its commitment to symmetry. European Central Bank President (ECB) Christine Lagarde stated on Thursday that the euro is a “currency in demand.”

“We have defined our parameters for our purchases,” Christine Lagarde said, when asked at the ECB’s post-policy meeting if it now planned to include junk-rated bonds.

What does the Euro € mean for Europeans?

The international role of the Euro €
The euro could develop further its global role, reflecting the euro area’s economic and financial weight, which would also make the international economy less vulnerable to shocks.

The euro is the currency of 19 EU countries, over 340 million EU citizens and the second most important currency in the world. The euro was launched on 1 January 1999 and is already EUROat20.

An increased international role for the euro is a tool to strengthen Europe’s influence in the world. It will allow the European Union to better protect its citizens and businesses. A Global Euro will uphold its values and promote its interests in shaping global affairs according to rule-based multilateralism. It will improve also the resilience of the international financial system, providing market operators across the globe with additional choice and making the international economy less vulnerable to shocks linked to the strong reliance of many sectors on a single currency.

The euro should continue to facilitate and expand Europe’s responsible trade agenda. Euro will allow European companies to trade all over the world to the benefit of Europe’s economy without disruptions. At the same time it will safeguard the European social and regulatory model at home.

PEPP brings more Benefits than Costs to the Eurozone’s economy

At its monetary policy meeting held on June 4th, the Governing Council of the European Central Bank (ECB) decided to leave the interest ECB-Rates unchanged at 0.00%, 0.25% and -0.50%, respectively, as expected. ECB Governing Council announced also that it expanded its Pandemic Emergency Purchase Programme (PEPP) by €600 billion to €1,350 billion. Bond program proceeds to reinvested until at least the end of 2022.