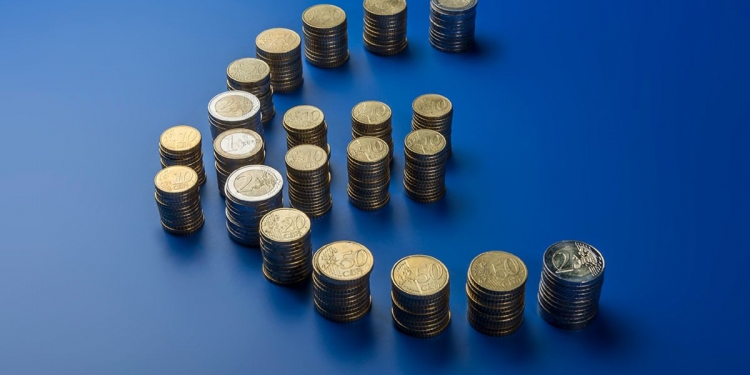 European Commission has put forward its proposal for a major recovery plan. The new recovery instrument, Next Generation EU, comes with a powerful, modern and revamped long-term EU budget. The Commission has also unveiled its adjusted Work Programme for 2020, which will prioritise the actions needed to propel Europe’s recovery and resilience.

Ursula von der Leyen, unveiled a new instrument worth €750 billion in numbers to finance the bloc’s recovery from the Coronavirus crisis.

Grants and Loans for EU Recovery

The fund “Next Generation EU” will include €500 bn in grants and €250 bn in loans, in an attempt to satisfy colliding proposals announced earlier by groups of European countries. It will raise money by lifting its own resources ceiling, to allow the Commission to borrow money from the financial markets.

The coronavirus has shaken Europe and the world to its core, testing healthcare and welfare systems, our societies and economies and our way of living and working together. To protect lives and livelihoods, repair the Single Market, as well as to build a lasting and prosperous recovery, the European Commission is proposing to harness the full potential of the EU budget. Next Generation EU of €750 billion as well as targeted reinforcements to the long-term EU budget for 2021-2027 will bring the total financial firepower of the EU budget to €1.85 trillion.

This is Europe’s moment. Our willingness to act must live up to the challenges we are all facing. With Next Generation EU we are providing an ambitious answer.
Ursula von der Leyen, EU President

European Commission President Ursula von der Leyen also said: “The recovery plan turns the immense challenge we face into an opportunity, not only by supporting the recovery but also by investing in our future: the European Green Deal and digitalization will boost jobs and growth, the resilience of our societies and the health of our environment.”

The new recovery fund will be repaid through future EU budgets, not before 2028 and not after 2058, the Commission said.

Last week, Germany and France announced their common initiative for a €500 bn fund that will disburse money to countries worst-hit by the pandemic through grants.

On Saturday, Austria, Sweden, Denmark and the Netherlands unveiled their €500 bn alternative to the Merkel-Macron initiative, giving their provision of cheap loans, instead of grants, to finance the recovery from the Coronavirus crisis.

Today Commissioner Johannes Hahn, in charge of the EU budget, said: “Our common budget is at the heart of Europe’s recovery plan. The additional firepower of Next Generation EU and the reinforced multiannual financial framework will give us the power of solidarity to support Member States and the economy. Together, Europe will arise more competitive, resilient and sovereign.”

Vice-President Maroš Šefčovič, in charge of interinstitutional relations and foresight, said: “The recovery will need strong policy direction. The adapted Work Programme, reflecting the new reality, shows that we will focus all our actions on overcoming the crisis, jumpstarting our economy and putting the European Union firmly on a resilient, sustainable and fair recovery path. It will help us rebound stronger.”

INVESTING FOR THE NEXT GENERATION

Complementing national efforts, the EU budget is uniquely placed to power a fair socio-economic recovery, repair and revitalise the Single Market, to guarantee a level playing field, and support the urgent investments, in particular in the green and digital transitions, which hold the key to Europe’s future prosperity and resilience.

Next Generation EU will raise money by temporarily lifting the own resources ceiling to 2.00% of EU Gross National Income, allowing the Commission to use its strong credit rating to borrow €750 billion on the financial markets. This additional funding will be channelled through EU programmes and repaid over a long period of time throughout future EU budgets – not before 2028 and not after 2058. To help do this in a fair and shared way, the Commission proposes a number of new own resources. In addition, in order to make funds available as soon as possible to respond to the most pressing needs, the Commission proposes to amend the current multiannual financial framework 2014-2020 to make an additional €11.5 billion in funding available already in 2020.

The money raised for Next Generation EU will be invested across three pillars:

1. Support to Member States with investments and reforms:

3. Addressing the lessons of the crisis:

Reaching a rapid political agreement on Next Generation EU and the overall EU budget for 2021-2027 at the level of the European Council by July is necessary to give new dynamism to the recovery and equip the EU with a powerful tool to get the economy back on its feet and build for the future.