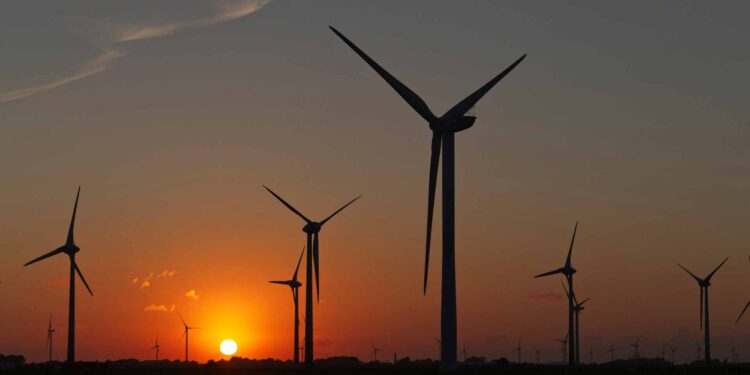 The Investment Plan for Europe supports investment across the EU, of which 16% for energy-related green transition projects. The EIB will provide €65 million to EDP Renováveis S.A. (EDPR) to finance the construction and operation of two onshore wind farms in the Portuguese districts of Coimbra and Guarda. The EIB contribution is backed by a guarantee provided by the European Fund for Strategic Investments (EFSI), the main pillar of the Investment Plan for Europe.

The wind farms will have a total capacity of 125 MW . They will create approximately 560 jobs during the project’s construction phase. Once operational, the wind farms will contribute to Portugal meeting its energy and climate plan targets. Also the wind farms will contribute to Commission’s binding target for at least 32% of final energy consumption coming from renewable sources by 2030. Commissioner for the Economy, Paolo Gentiloni, said: “This agreement between the EIB and EDP Renováveis, supported by the Investment Plan for Europe, is a winner for both the climate and the economy. The financing, backed by the European Fund for Strategic Investments, will fund new onshore wind farms in the west and north of Portugal, helping the country to reach its ambitious energy and climate plan targets and creating new jobs in the process.”

The Investment Plan for Europe has so far mobilised €535 billion of investment across the EU. 16% of the money go for energy-related projects.

What is the European Fund for Strategic Investments (EFSI)?

How does EFSI work?

EFSI is a €26 billion guarantee from the EU budget, complemented by a €7.5 billion allocation of the EIB’s own capital. The total amount of €33.5 billion aims to unlock additional investment of at least €500bn by 2020. EFSI is implemented by the EIB Group and projects supported by it are subject to usual EIB procedures.

What’s the focus of EFSI?

With EFSI support, the EIB Group is providing funding for economically viable projects, especially for projects with a higher risk profile than usually taken on by the Bank. It will focus on sectors of key importance for the European economy, including:

Why a European Fund for Strategic Investments?

Studies revealed an investment gap in Europe with investment levels 15% lower than pre-crisis levels. This investment gap points to a market failure and a reduced capacity of investors to take risks. In order to remedy this gap, recover from the crisis and strengthen its global competitiveness, the EU developed a three-pronged strategy known as the Investment Plan for Europe.

The Investment Plan for Europe consists of:

Since the global economic and financial crisis, the EU has been suffering from low levels of investment. Collective and coordinated efforts at European level are needed to reverse this downward trend and put Europe on the path of economic recovery. Adequate levels of resources are available and need to be mobilised across the EU in support of investment. There is no single, simple answer, no growth button that can be pushed, and no one-size-fits-all solution.

What is the Investment Plan for Europe?

The Investment Plan for Europe, the so-called Juncker Plan, has three objectives: to remove obstacles to investment; to provide visibility and technical assistance to investment projects; and to make smarter use of financial resources. As such, the plan has three pillars:

First, the European Fund for Strategic Investments (EFSI), which provides an EU guarantee to mobilise private investment. The Commission works together with its strategic partner, the European Investment Bank (EIB) Group.

Third, improving the business environment by removing regulatory barriers to investment both nationally and at EU level.