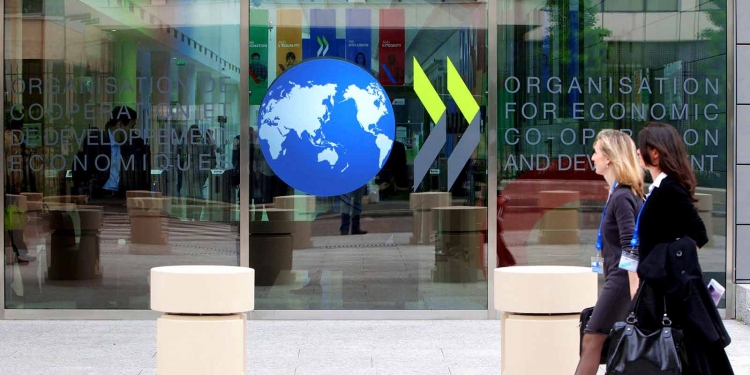 A global economic recovery is in sight but a faster and more effective vaccination rollout across the world is critical for the results. Also the world need to respect the necessary health and social distancing measures, according to the OECD’s latest Interim Economic Outlook. Activity in many sectors has picked up and adapted to pandemic restrictions over recent months. Vaccine deployment, although uneven, is finally gaining momentum and government fiscal stimulus – particularly in the US – is likely to provide a major boost to economic activity.

But the pandemic is widening gaps in economic performance between countries and between sectors, increasing social inequalities, particularly affecting vulnerable groups, and risking long-term damage to job prospects and living standards for many people. The Interim Economic Outlook calls for ramping up vaccination, for swifter, more targeted fiscal stimulus to foster output and confidence, and to maintain income support for people and businesses hard hit by the pandemic while preparing the ground for a sustainable recovery.

OECD: Speed is of the essence

“Speed is of the essence,” said OECD Secretary-General Angel Gurría. “There is no room for complacency. Vaccines must be deployed faster and globally. This will require better international co-operation and co-ordination than we have seen up to now. It is only by doing so that we can focus our attention on building forward better and laying the foundations for a prosperous and lasting recovery for all.”

The OECD sees global GDP growth at 5.6% this year, an upward revision of more than 1 percentage point since its projection in December 2020, and 4% in 2022. World output is expected to reach pre-pandemic levels by mid-2021 but the pace and duration of the recovery will depend on the race between vaccines and emerging variants of the virus.

Global growth would be better than currently projected

A global economic recovery is in sight

The outlook for global growth would be better than currently projected – and approach pre-pandemic projections for activity – if the production and distribution of vaccines accelerates, is better co-ordinated around the world and gets ahead of virus mutations. This would allow containment measures to be relaxed more rapidly. But if vaccination programmes are not fast enough to cut infection rates or if new variants become more widespread and require changes to current vaccines, consumer spending and business confidence would be hit.

In the OECD’s central scenario, US growth is projected to be 6.5% in 2021, an upward revision of more than 3 percentage points since December, partly reflecting the large-scale fiscal stimulus now planned with a sustained pace of vaccination. This also helps to lift output around the world. In the euro area, where the level of fiscal stimulus is lower and vaccine rollout slower, the Interim Economic Outlook sees GDP rising 3.9%, a 0.3 percentage point upward revision.

Prospects are brighter in the Asian-Pacific region

Prospects are brighter in the Asian-Pacific region where several countries have effectively contained the virus and where industrial activity has regained dynamism. In China, GDP growth is projected to be 7.8% this year, in Japan 2.7%, in Korea 3.3%; and in Australia 4.5%. The recovery is likely to be more moderate in the emerging market economies of Latin America and Africa amid a resurgence of the virus, slow vaccine deployment and limited scope for additional policy support.

Presenting the Interim Economic Outlook today, OECD Chief Economist Laurence Boone said vaccination programmes and stimulus measures should work hand in hand. “Widespread vaccination of the adult population is the best economic policy available today to get our economies and employment growing again,” she said. “If we are at war with the virus then we need to put vaccine production on a war footing, provide the necessary resources and speed up deployment across the world.”

“If we don’t get enough people vaccinated quickly enough to allow restrictions to be lifted, the recovery will be slower and we will undermine the benefits of fiscal stimulus,” she added.

DOWNLOAD the REPORT: Strengthening the recovery. The need for speed

The report says the vital support provided by governments to preserve jobs and businesses should remain in place while economies are still fragile and hampered by containment measures. Particular attention needs to be paid to supporting young people and the less skilled to avoid a repeat of the long-term damage caused to the job prospects of these vulnerable groups after the financial crisis of 2008.