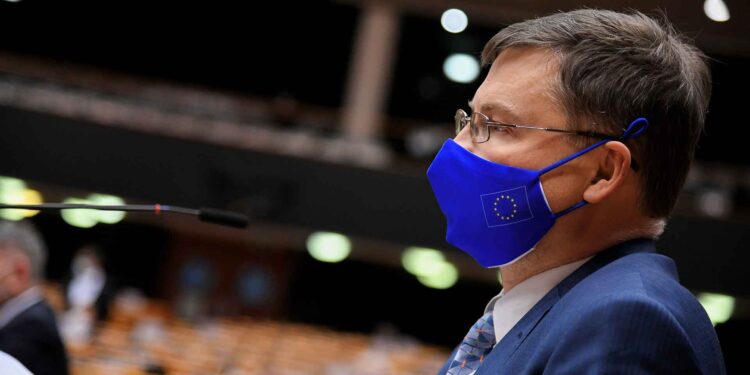 Robust new trade enforcement rules have entered into force that will further strengthen the EU’s toolbox in defending its interests. With the update of the EU’s Trade Enforcement Regulation, the EU is able to act in a broader range of circumstances.

The new trade rules upgrade the EU’s enforcement by introducing the following changes:

Executive Vice-President and Commissioner for Trade, Valdis Dombrovskis, said: “The European Union must be able to defend itself against unfair trading practices. These new rules will help protect us from those trying to take advantage of our openness. We continue to work towards our first preference, which is a reformed and well-functioning multilateral rulebook with an effective Dispute Settlement System at its core. But we cannot afford to stand defenseless in the meantime. These measures allow us to respond resolutely and assertively.”

In line with the Political Guidelines of Commission President Ursula von der Leyen, the Commission is further reinforcing the Union’s tools to focus on compliance and enforcement of the EU’s trade agreements. Ensuring the respect of the commitments agreed with other trade partners is a key priority of this Commission. The EU is therefore increasing the focus on enforcing its partners’ commitments in multilateral, regional and bilateral trade agreements. In so doing the Union will rely on a suite of instruments.

The proposal to amend the existing Enforcement Regulation came as a reaction to the blockage of the operations of the WTO Appellate Body. The current regulation – a basis under EU law for adopting trade countermeasures – requires that a dispute goes all the way through the WTO procedures, including the appeal stage, before the Union can react. The lack of a functioning WTO Appellate Body allows WTO Members to avoid their obligations and escape a binding ruling by simply appealing a panel report.

The revised Regulation enables the EU to react even if the WTO has not delivered a final ruling because the other WTO member blocks the dispute procedure by appealing to the non-functioning Appellate Body and by not agreeing to an alternative arbitration under WTO Dispute Settlement Agreement.

This new mechanism also applies to the dispute settlement in relation to regional or bilateral trade agreements to which the EU is party if a similar blockage arises. The EU must be able to respond resolutely in case trade partners hinder effective dispute settlement resolution, for instance, by blocking the composition of panels.

Additional efforts on implementation and enforcement of trade rules

In addition to upgrading the Enforcement Regulation and to proposing an anti-coercion mechanism, several other steps have been taken since the start of this Commission to strengthen and target EU implementation and enforcement efforts. This includes: