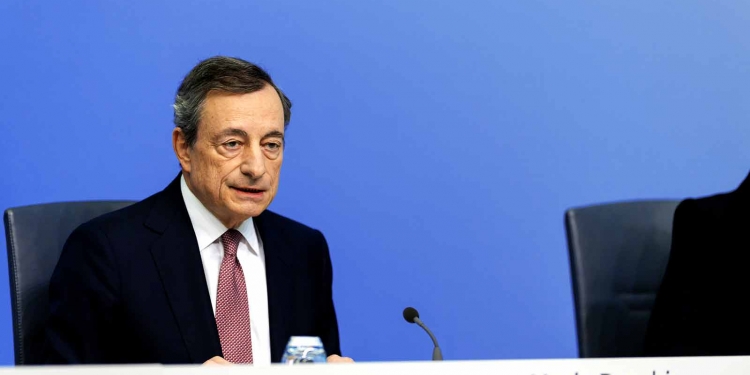 Based on regular economic and monetary analyses, ECB conducted a thorough assessment of the economic and inflation outlook, also taking into account the latest staff macroeconomic projections for the euro area. As a result, ECB Governing Council took the following five decisions in pursuit of its price stability objective.

It is high time for the fiscal policy to take charge

The European Central Bank – How the ECB came to control the economy!

Decisions were taken in response to the continued shortfall of inflation. At the same time, robust employment growth and increasing wages continue to underpin the resilience of the euro area economy. With today’s comprehensive package of monetary policy decisions, ECB provides substantial monetary stimulus to ensure that financial conditions remain very favourable and support the euro area expansion, the ongoing build-up of domestic price pressures and the sustained convergence of inflation.

Trump hits out as ECB launches new stimulus programme. US president Trump has accused ECB of devaluing euro to gain trade advantages and claims the US Fed is keeping interest rates too high.

European Central Bank, acting quickly, Cuts Rates 10 Basis Points. They are trying, and succeeding, in depreciating the Euro against the VERY strong Dollar, hurting U.S. exports…. And the Fed sits, and sits, and sits. They get paid to borrow money, while we are paying interest!

What the ECB could mean for you?

Are you ready to rewrite the Rules of the European Economy?