Sustainability: What are the alternatives to economic growth? 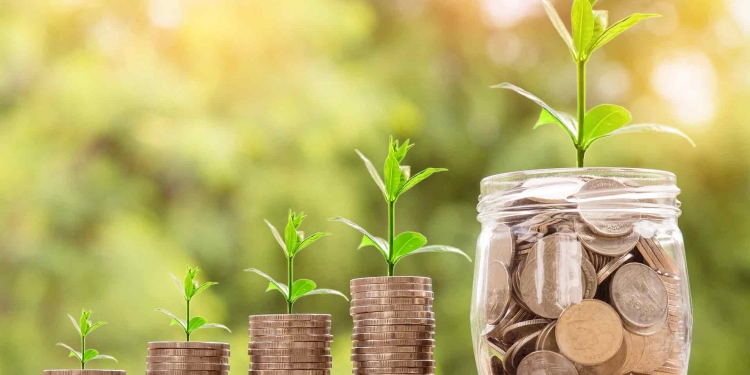 What are the alternatives to economic growth taking into account global sustainability? Economic growth is closely linked to increases in production, consumption and resource use. Economic growth has detrimental effects on the natural environment and human health.

It is unlikely that a long-lasting, absolute decoupling of economic growth from environmental pressures and impacts can be achieved at the global scale; therefore, societies need to rethink what is meant by growth and progress and their meaning for global sustainability.

Growth and narratives for change

These dynamics have to change. Governments, scientists and non-governmental organisations (NGOs) worldwide are coming together to try to devise new ideas, policies, blueprints and narratives. This narrative is part of a series called ‘Narratives for change’ published by the European Environment Agency EEA. It presents alternative perspectives on economic growth and human progress and explores the diversity of ideas needed to transform our society towards sustainability goals and fulfil the ambitions of the European Green Deal.

By building on the insights of EEA reports on drivers of change and sustainability transitions (EEA, 2017, 2019a, 2019b, 2020), this briefing explores alternative ideas about growth and progress with the aim of broadening the sustainability debate. This comes at a crucial time for the EU, which faces urgent challenges and opportunities associated with fundamental change. The EU has achieved unprecedented levels of prosperity and well-being in recent decades, and its social, health and environmental standards rank among the highest in the world (EEA, 2019c).

Maintaining this position does not have to depend on economic growth. Could the European Green Deal, for example, become a catalyst for EU citizens to create a society that consumes less and grows in other than material dimensions?

As global decoupling of economic growth and resource consumption is not happening, real creativity is called for: how can society develop and grow in quality (e.g. purpose, solidarity, empathy), rather than in quantity (e.g. material standards of living), in a more equitable way? What are we willing to renounce in order to meet our sustainability ambitions?

Global-scale, long-lasting and absolute decoupling may not be possible

Globally, growth has not been decoupled from resource consumption and environmental pressures and is not likely to become so (Parrique et al., 2019; Hickel and Kallis, 2020; Wiedmann et al., 2020). The global material footprint, gross domestic product (GDP) and greenhouse gases emissions have increased rapidly over time, and strongly correlate (Figure 1). While population growth was the leading cause of increasing consumption from 1970 to 2000, the emergence of a global affluent middle class has been the stronger driver since the turn of the century (Panel, 2019; Wiedmann et al., 2020). Furthermore, technological development has so far been associated with increased consumption rather than the reverse.

Europe consumes more and contributes more to environmental degradation than other regions, and Europe’s prospects of reaching its environmental policy objectives for 2020, 2030 and 2050 are poor (EEA, 2019c). Several of Europe’s environmental footprints exceed the planetary boundaries (Sala et al., 2020; EEA/FOEN, 2020).

High-level policies (e.g. the European Green Deal and the United Nations Sustainable Development Goals, SDGs) propose decoupling of economic growth and resource use as a solution. However, scientific debates on the possibility of decoupling date back to the 19th century and there is still no consensus. Recent studies, such as Hickel and Kallis (2020) and Parrique et al. (2019), find no evidence of absolute decoupling between growth and environmental degradation having taken place on a global scale.

While some EU countries achieved a reduction in some forms of pollution between 1995 and the mid-2010s (e.g. acidification, eutrophication, greenhouse gas emissions), the decoupling between growth and environmental footprints (e.g. water, materials, energy and greenhouse gases) associated with EU consumption patterns is often relative and varies between countries (Sanyé-Mengual et al., 2019; NTNU, 2020).

Such changes are associated with a combination of factors (see EEA, 2020). These include structural economic change, which led to the outsourcing of significant shares of energy-intensive activities to non-EU countries and the financialisation of EU economies (Kovacic et al., 2018). An absolute reduction of environmental pressures and impacts would require fundamental transformations to a different type of economy and society — instead of incremental efficiency gains within established production and consumption systems.

If economic growth cannot be decoupled from resource use, can the use of existing resources be extended within the economy? Circular economy policies aim to improve waste management and induce responsible production and consumption cultures. The circular economy, however, may not deliver the transformation to sustainability if circularity measures fuel a growth strategy that leads to increased material consumption. An economy downsized to match the material input that it can recycle would be a very slow economy (Kovacic et al., 2019a).

The concept of ‘circular economy’ suggests that material resources could be increasingly sourced from within the economy, reducing environmental impact by increasing the reuse and recycling of materials. However, this socio-technical ‘imaginary’ has a limited potential for sustainability, as revealed by biophysical analysis (Kovacic et al., 2019a). In fact, at the scale of the whole economy only around 12% of the material input was being recycled in the EU-27 in 2019 (Eurostat, 2020). Given current product design and waste management technologies, recycling rates of materials such as plastics, paper, glass and metals can — and should — be greatly increased in  line with EU policy ambitions. However, overall, recyclable material remains a meagre portion of material throughput.

The low potential for circularity is because a very large share of primary material throughput is composed of (1) energy carriers, which are degraded through use as explained by the laws of thermodynamics and cannot be recycled, and (2) construction materials, which are added to the building stock, which is recycled over much longer periods (Figure 2). This can be interpreted in the light of Tainter’s (1988) study of the collapse of complex societies: as complexity increases, there are diminishing marginal returns on improvements in problem-solving; hence, improvements at the local scale have a very small impact on the overall system.

Moreover, high throughput and low rates of recycling appear to be conditions for high productivity (Hall and Klitgaard, 2012). Advanced societies require high throughputs of energy and materials to maintain their organisational complexity (Tainter and Patzek, 2012). What these insights point to is the need to rethink and reframe societal notions of progress in broader terms than consumption.

Historically, modern states embraced economic thought that focused on economic growth and conceptualised social and environmental problems as externalities. As a result, growth is culturally, politically and institutionally ingrained. Worldwide, the legitimacy of governments cannot be separated from their ability to deliver economic growth and provide employment.

However, recent decades have seen a variety of initiatives to ‘rethink economics’ (including the movement with that name, Rethinking Economics, 2020) and develop theoretical perspectives that combine attention to the legitimate needs of the present human population with the need for a transformation to a sustainable future. Ecomodernist thought [2] promotes ‘green growth’ through scientific and technological progress.

Similarly, radical perspectives are offered by fields such as transition studies, post-normal science, ecological economics and resilience studies. The EEA (2017) summarised this literature and noted:

The challenge in coming years will be to bring these insights into mainstream policy processes and consider how they can be operationalised effectively in support of Europe’s sustainability objectives.

Social, political and technological innovation is called for to translate alternative ideas about growth into new ways of living. Inspiration is also to be found in very old traditions. Ernst Schumacher’s (1973) slogan ‘Small is beautiful!’ had deep roots in oriental as well as occidental thought.

There is a range of religious, spiritual and secular communities that are less materialistic, consume less and seek lifestyles simpler than that of mainstream society. The so-called ‘plain people’ (e.g. the Amish and the Quakers) practise simple living as part of their religious identity. In ecovillages, the simpler lifestyle is connected to environmentalism (GEN Europe, 2020). Countless internet communities are devoted to simple living to increase quality of life, reduce personal stress and reduce environmental pressures. Among the schools of thought on growth, the degrowth movements are particularly interested in simple living.

Europe’s fundamental values are not materialistic

In liberal societies, a multiplicity of values is cherished. The European heritage is much richer than material consumption. The fundamental values of the EU are human dignity, freedom, democracy, equality and the rule of law, and they cannot be reduced to or substituted by an increase in GDP. If there are limits to economic growth and to the current trajectory (i.e. ‘plan A’), plan B to achieve sustainability is to innovate lifestyles, communities and societies that consume less and yet are attractive to everybody and not only individuals with an environmental, spiritual or ideological interest.

Plan B is extremely challenging. Economic growth is highly correlated with health and well being indicators, such as life expectancy and education. Thanks to economic growth, the portion of the world’s population living in extreme poverty, as defined by the poverty line of USD 1.90 a day, fell from 36% in 1990 to 10% in 2015 (World Bank, 2020b). In terms of doughnut economics, it is possible that the doughnut between basic human needs and planetary boundaries is very thin (O’Neill et al., 2018). However, economic growth has not contributed to decreasing inequality, either between or within countries (Piketty, 2013).

Although Europe remains home to the most equal societies globally (EC, 2017), inequalities have nonetheless been rising too, albeit at a slower rate than in other regions. Moreover, there is a risk that younger people in Europe today could be less well off than their parents, as a result of high unemployment levels among young people (EC, 2017). It may be that plan B also has to be considered in order to leave nobody behind, particularly the most vulnerable in the population.

Old and new narratives about the need for a universal basic income, an idea that is supported by nearly two thirds of Europeans (Lam, 2016) and calls for reduced working hours, are nowadays brought more prominently to the fore. These measures are suggested as possible ways to resolve gender biases and the unequal distribution of working time across society (De Spiegelaere and Piasna, 2017), as well as limiting the impacts of the growth in precarious and insecure work in Europe.

While the planet is finite in its biophysical sense, infinite growth in human existential values, such as beauty, love, and kindness, as well as in ethics, may be possible. Society is currently experiencing limits to growth because it is locked into defining growth in terms of economic activities and material consumption. The imperative of economic growth is culturally, politically and institutionally ingrained. As emphasised by Commission Vice-President Frans Timmermans (EC, 2019), however, the need for transformative change, amplified and accentuated by the COVID-19 pandemic, calls for a profound rethinking of our activities in the light of sustainability.

What could be achieved in terms of human progress if the European Green Deal is implemented with the specific purpose of inspiring European citizens, communities and enterprises to create innovative social practices that have little or no environmental impacts yet still aim for societal and personal growth?