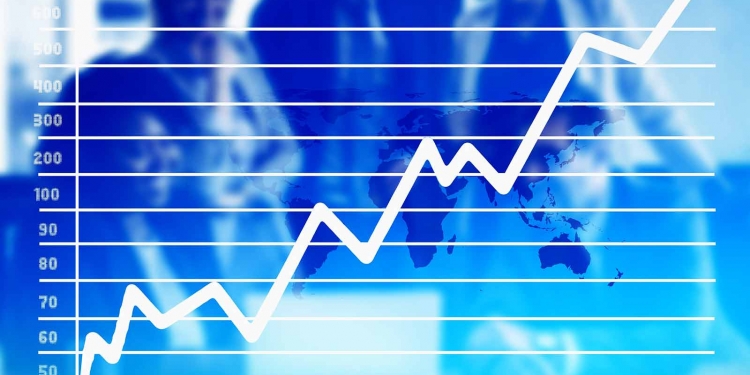 World trade shows signs of rebound from COVID-19 but World Trade Organization economists warn recovery is still uncertain. Any recovery could be disrupted by the ongoing pandemic effects.

The WTO now forecasts a 9.2% decline in the volume of world merchandise trade for 2020, followed by a 7.2% rise in 2021. These estimates are subject to an unusually high degree of uncertainty since they depend on the evolution of the pandemic and government responses to it.

Current data suggests a projected decline for the current year that is less severe than the 12.9% drop foreseen under the more optimistic of two scenarios outlined in the WTO’s April trade forecast. Strong trade performance in June and July have brought some signs of optimism for overall trade growth in 2020. Trade growth in COVID-19 related products was particularly strong in these months, showing trade’s ability to help governments obtain needed supplies. Conversely, the forecast for next year is more pessimistic than the previous estimate of 21.3% growth, leaving merchandise trade well below its pre-pandemic trend in 2021.

The performance of trade for the year to date exceeded expectations due to a surge in June and July as lockdowns were eased and economic activity accelerated. The pace of expansion could slow sharply once pent up demand is exhausted and business inventories have been replenished. More negative outcomes are possible if there is a resurgence of COVID‑19 in the fourth quarter.

In contrast to trade, GDP fell more than expected in the first half of 2020. As a result causing forecasts for the year will be all downgraded. Consensus estimates now put the decline in world market-weighted GDP in 2020 at -4.8% compared to ‑2.5% under the more optimistic scenario outlined in the WTO’s April forecast. GDP growth will pick up to 4.9% in 2021. But this expectation highly depends on policy measures and on the severity of the disease.

UPSIDE AND DOWNSIDE RISKS TO THE WTO FORECAST

This chart examines some of the risks associated with the forecast and other factors that might be relevant for trade over the medium-to-long term. According to recent estimates, a resurgence of COVID-19 requiring further lockdowns could reduce global GDP growth by 2 to 3 percentage points next year. Other downside risks include an uncertain outlook for fiscal policy and challenging job markets in many countries. Together, these risks could shave up to 4 percentage points off of world merchandise trade growth in 2021.

On the other hand, rapid deployment of an effective vaccine could boost confidence and raise output growth by 1 to 2 percentage points in 2021. This would add up to 3 percentage points to the pace of trade expansion. Other factors could contribute to better trade outcomes, including wealth effects from strong real estate and stock markets, and a growth boost from new technology sectors such as artificial intelligence and e-commerce.

The incidence of COVID-19 worldwide has fallen from its peak in the spring, but it remains stubbornly high in many areas. Trade has played a critical role in responding to the pandemic, allowing countries to secure access to vital food and medical supplies.

The pandemic has also stimulated innovation in traditional business sectors, which have leveraged information technology to deliver goods and services to customers at home.

Possible trajectories for trade are present. Under the optimistic scenario, second waves of COVID-19 would be better managed due to accumulated experience with the disease. Optimism describes a global condition in more limited lockdowns and a smaller economic impact. Meanwhile, a pessimistic scenario might not feature a quick return to the pre-pandemic trend because of increased debt burdens, high unemployment, and limited early availability of vaccines.

Shifts in the sectoral and regional composition of trade have been important during the pandemic and will continue to exert an influence during the recovery.

As previously noted in the forecast update of 22 June, a weak trade recovery that fails to return trade to the pre-pandemic trend was a distinct possibility. This would result in merchandise trade growth of around 5% next year, rather than 20% in the case of a rapid return to the previous trajectory. The current trade forecast of 7.2% for 2021 appears to be closer to the “weak recovery” scenario than to a “quick return to trend”.

WTO: Trade decline during COVID-19 is similar to the global financial crisis of 2008-09

Although the trade decline during the COVID-19 pandemic is similar in magnitude to the global financial crisis of 2008-09, the economic context is very different. The contraction in GDP has been much stronger in the current recession while the fall in trade has been more moderate. As a result, the volume of world merchandise trade will decline around twice as much as world GDP at market exchange rates, rather than six times as much during the 2009 collapse.

This divergent performance of trade during the COVID-19 outbreak has much to do with the nature of the pandemic and the policies used to combat it. Lockdowns and travel restrictions imposed significant supply-side constraints on national economies, drastically reducing output and employment in sectors that are usually resistant to business cycle fluctuations, particularly non-traded services. At the same time, robust monetary and fiscal policies boost up incomes, allowing consumption and imports to rebound once lockdowns stop.

Whether the recovery stabilize over the medium term will depend on the strength of investment and employment. Both could decline if new outbreaks of COVID-19 disappear confidence, which might force governments to impose additional lockdowns. As a result, risks to the forecast are firmly on the downside. There is some limited upside potential if a vaccine or other medical treatments prove to be effective, but their impact would be less immediate.

Ballooning public debt could also weigh on trade and GDP growth over the longer term. Although rich countries are unlikely to face sovereign debt crises as a result of fiscal expansion, poorer ones may find their increased debt burdens extremely onerous. Deficit spending could also influence trade balances, reducing national saving and swelling trade deficits in some countries.

“One of the greatest risks for the global economy in the aftermath of the pandemic would be a descent into protectionism. International cooperation is essential as we move forward, and the WTO is the ideal forum to resolve any outstanding trade issues stemming from the crisis,” Deputy Director-General Yi Xiaozhun said.