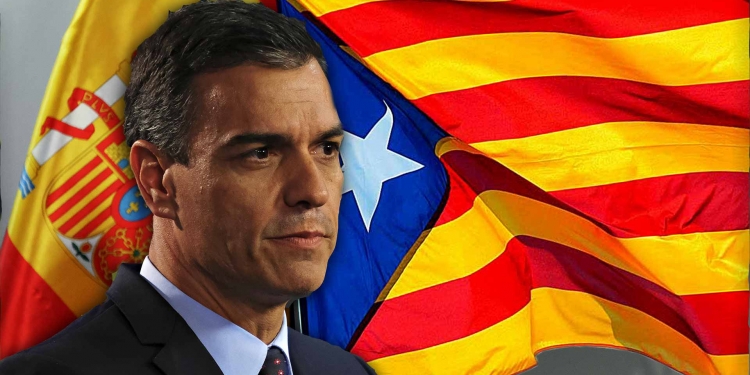 Supporters of Catalonia’s independence take part in a protest to mark the second anniversary of the October 1st illegal referendum of independence in Barcelona, Spain. Separatists say national authorities are trying to manufacture “a violent narrative” in the movement. Barcelona is under pressure again.

Last Monday, police arrested seven members of the Catalan independence movement. They are suspected of preparing violent attacks were charged with belonging to a “terrorist organisation”, manufacturing explosives and conspiring to wreak havoc.

Torra said that by arresting the seven alleged terrorists, authorities were trying to “establish a violent narrative ahead of the verdict” on the 12 separatists on trial.

The use of violence during the 2017 crisis has been at the heart of the case against them because it is a key element of the charge of rebellion that they are facing, which carries a very heavy penalty.

The separatists have always stressed the peaceful nature of their movement.

Should Catalonia be independent?

A poll published in July by a public Catalan institute showed support for an independent Catalonia at its lowest level in two years, with 48.3% of people against and 44% in favour.

Assemblea Nacional Catalana, the grassroots organization behind Wednesday’s march, said the lack of a clear separatist road-map could be to blame at a time when pro-independence parties are divided on what to do next.

What’s behind the Catalan movement for independence?

EU Debates! You?
Your opinion counts!