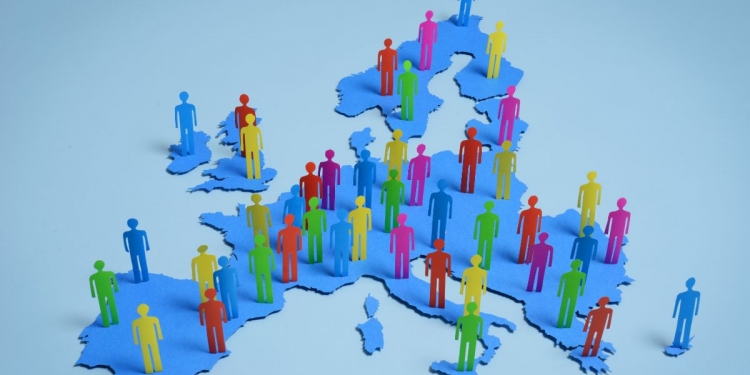 The European Citizens’ Initiative is a unique way for you to help shape the EU by calling on the European Commission to propose new laws. Once an initiative has reached 1 million signatures, the Commission will decide on what action to take.

During the 142nd CoR plenary session, local and regional leaders invited for the first time representatives from two European Citizens Initiatives, in the presence of the European Parliament Vice-President in charge of European Democracy and European Citizens Initiatives, Pedro Silva Pereira, and the newly elected President of the European Economic and Social Committee Christa Schweng. With this initiative the CoR kicks off its debate over democracy towards the Conference on the future of Europe and shows its commitment to support ECIs which fall into its political remits and which are politically relevant for local and regional authorities.

European Citizens’ Initiative (ECI) facilitates and underpins CoR’s political priority of bringing Europe closer to its people and the CoR as representative of the level of government which is the closest to citizens is a key partner to promote them. Failing in giving due legislative follow-up by the European Commission not only frustrates millions of citizens, but also risks to create disaffection vis à vis the European institutions.

The European Citizens Initiative (ECI) was established in 2011. It is an instrument of participatory democracy in the EU, allowing citizens to invite the European Commission to submit a proposal for a legal act to implement the EU Treaties. According to the 2020 OECD report on interest in deliberative democracy across the EU , representative deliberative processes have been used more often at local (52%) and regional (30%) levels in the last 40 years. Local and regional authorities are therefore natural partners to promote Europen Citizens Initiatives with a territorial impact.

This can be done threefold: first CoR members can collectively decide to support the objective of a specific ECI either through own-initiative opinions or through resolutions; second the issue can be raised by one CoR member during the Plenary standing debate on local and regional matters across the EU; third, ECIs could be integrated in the CitizEN – Citizen Engagement in the EU Network, a tool pioneered by the CoR towards the Conference on the future of Europe.

CoR First Vice-President Vasco Cordeiro said : “The European Citizens’ Initiatives could represent a remarkable tool to improve democracy in the EU. We must always stand by democracy, better legislation and the principle of active subsidiarity. If they are not properly supported, the Citizens’ Initiatives risk failing, creating further frustration among citizens and undermining their trust in the EU. This should not be only a fascinating academic debate, but become a political debate at the Conference on the Future of Europe, to find new ways to strengthen the democratic foundations of the EU”.

Pedro Silva Pereira , Vice-President of the European Parliament in charge of European democracy and European citizens’ initiative said; “The European Citizens’ Initiative is an important instrument to promote European participation on the legislative process of the Union. The process, introduced by the Treaty of Lisbon, has been subject to several changes in order to make it of easier access, also ensuring more transparency in the decision-making of the EU.

At a time where we aim at launching a profound discussion on the Future of Europe, the European Citizens’ Initiative can be an example on how to further broaden the interaction of citizens and the EU institutions, in particular with the European Parliament, and how to strengthen the participative democracy mechanisms. The initiative of the Committee of Regions could not come at a more appropriate time, making sure that regional actors are deeply involved in the continued process of improving European Democracy.”

Christa Schweng , President of the European Economic and Social Committee said: “We need to put people at the heart of EU policies, be it through civil society organisations that are represented in our Committee, or through instruments like the ECI. The EESC at the EU level, and its members, in their respective countries, will continue promoting the ECI, raising awareness on it so that the ECI is more known by citizens and therefore more used. We want to keep citizens on board, and stimulate their engagement in a meaningful way – as the EU should be as close as possible to its people and deserve their trust. Our committees have an important role as intermediaries at EU but also at national, regional and local level.”

The ECI Minority Safepack – one million signatures for diversity in Europe was presented by one of its organisers and the former CoR president, CoR member Karl-Heinz Lambertz , and calls upon the EU to improve the protection of persons belonging to national and linguistic minorities and strengthen cultural and linguistic diversity in the Union.Itis one of the seven ECIs thathave gained enough signatures and completed all stages of the procedure and have been successfully submitted to the Commission.

Voters without border, Full Political Rights for EU Citizens is one of the currently 14 on-going ECIs (i.e. open initiatives, in the process of gathering signatures). It was presented by Mr Beniamino Brunati and asks for reforms to strengthen the existing rights of EU citizens to vote and stand in European and municipal elections in their country of residence and for new legislation to extend them to regional, national elections and referenda.

The CitizEN – Citizen Engagement in the EU Network – is a tool proposed by the CoR in the opinion “Local and regional authorities in the permanent dialogue with citizens” – rapporteur Cllr Declan McDonnell (IE/EA) – which aims at involving citizens in policy-making. This CitizEN network could be launched during the Conference on the Future of Europe, with a view to becoming a permanent mechanism for the future. The network would have three objectives:

Organisers of ECIs should seize the opportunity provided by the debates that the Conference on the future of Europe will organise. The CitizEN network could become a stable and permanent infrastructure able to carry on with the follow-up on the work of the Conference and ensuring that citizens are kept well informed and can be involved in the monitoring, evaluation and assessment phases.

Since 1 January 2020, new rules apply to make the ECI more accessible, less burdensome and easier to use for organisers and supporters. The main technical innovation is a central online collection system managed by the European Commission. This service is offered free of charge and allows citizens to sign using e-Identification. Organisers may also choose to set up their own individual online collection system until the end of 2022. Since 2012, 75 initiatives were registered.

The CoR has adopted three opinions on the topic:

The opinion ‘Reflecting on Europe: the voice of local and regional authorities to rebuild trust in the European Union’ adopted in October 2018 framed the ECI within the wider topic of democracy and citizens’ participation: “… participative instruments such as the European Citizens’ Initiative (ECI) should be strengthened; as a complementary tool to the existing structures of representative democracy at EU level, and to innovative additional elements of participative decision making and permanent dialogue, ECIs can help to mobilise citizens around a common cause, highlight the European dimension of key political issues and foster the creation of pan-European debates and corresponding public opinion” .

In the same perspective, the CoR Resolution on the Proposals for the new European Union legislative mandate , adopted in June 2019, included the ECI among the existing instruments of participatory democracy that strengthen the legitimacy and democratic foundations of EU, and which should be complemented by new instruments – such as a permanent system of dialogue with citizens.