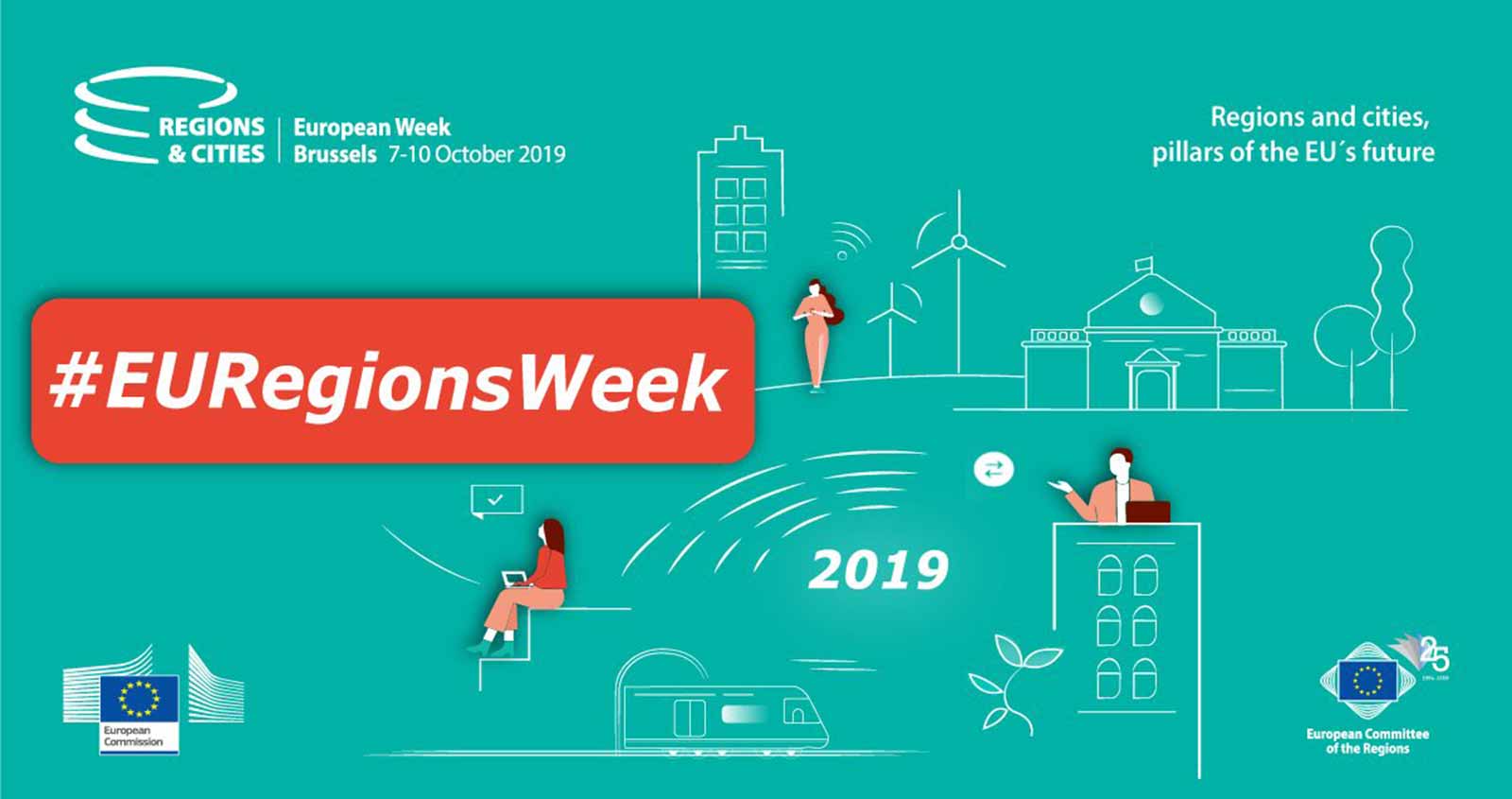 EU Regions Week or European Week of Regions and Cities is an annual four-day event during which cities and regions showcase their capacity to create growth and jobs, implement European Union cohesion policy, and prove the importance of the local and regional level for good European governance.

The EU Week of Regions and Cities or EU Regions Week is jointly organised by the European Committee of the Regions (CoR) and the European Commission’s Directorate-General for Regional and Urban Policy (DG REGIO).

Over the years, the event has grown into the key event on EU Regional Policy. It welcomes some 6.000 participants in October each year (local, regional, national and European decision-makers and experts) for more than 100 workshops and debates, exhibitions and networking opportunities.

The #EURegionsWeek 2019 edition focus on the main themes:

The event was created in 2003 when the European Committee of the Regions invited Brussels-based local and regional representations to the European Union to open their doors to visitors simultaneously. One year later the European Commission’s DG for Regional Policy also joined the adventure.

Developing from the initial concept, the event has become a European networking platform for experts in regional and local development. Exchange of good practice in economic development and social inclusion, cross-border cooperation, public-private partnerships, regional innovation and community-led local development have become some of its many topics.

Over the years, the event has grown into the key event on EU Regional Policy. It welcomes some 6.000 participants in October each year (local, regional, national and European decision-makers and experts) for more than 100 workshops and debates, exhibitions and networking opportunities.

Since its beginning, the impact of this event has been systematically evaluated. Participants have highlighted in particular the usefulness of information from the EU institutions and the networking with colleagues from other countries as being relevant to their professional management of EU funds. The importance of the event is also proven by its significant media impact. For years now, up to 300 print, radio, TV and online media journalists from all over Europe have come to Brussels to cover the event.

EU Regions Week is an acknowledged platform for political communication in relation to the development of EU cohesion policy, raising the awareness of decision-makers about the fact that regions and cities matter in EU policy-making.

The #EURegionsWeek is the biggest European public event of its kind.