Italy PM Conte: Europe must listen to the people! 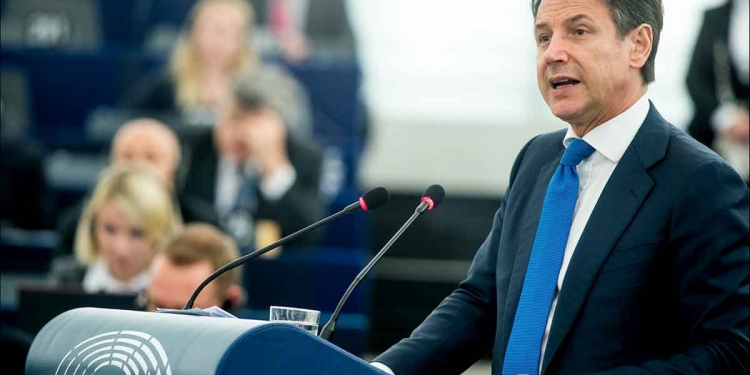 In a plenary debate on the future of Europe, the Italian Prime Minister said: “This is a valuable opportunity to reverse the process of detachment between rulers and governed, which if fed could lead to the European project imploding”. The prerequisite for relaunching it, are “solidarity and cohesion between the member states”.

Europe is facing “a fork in the road”, as the people are urgently asking to be heard
Giuseppe Conte Italian Prime Minister

Conte stressed the need for a stable solution to manage migration flows, including so-called secondary movements, based on real solidarity between member states. He also asked for a new approach to Africa’s problems, through a partnership of equals.

Overcoming austerity means “balancing growth and stability” and committing to the values of social solidarity and sustainable development, said Conte. He then called for more investment in youth, education and innovation, and for priority to be given to employment and the creation of tools for growth.

More powers to the EP

He concluded by saying that the European Parliament should have more powers, including the right of inquiry and the right to initiate legislation, in order to restore Europe’s credibility in the eyes of its citizens.

Among the challenges to be tackled to galvanise the European integration process, Conte mentioned the need for a common EU seat in the UN Security Council, strengthening relations with the USA, a strong dialogue with Russia and China and the creation of a true European common defence.