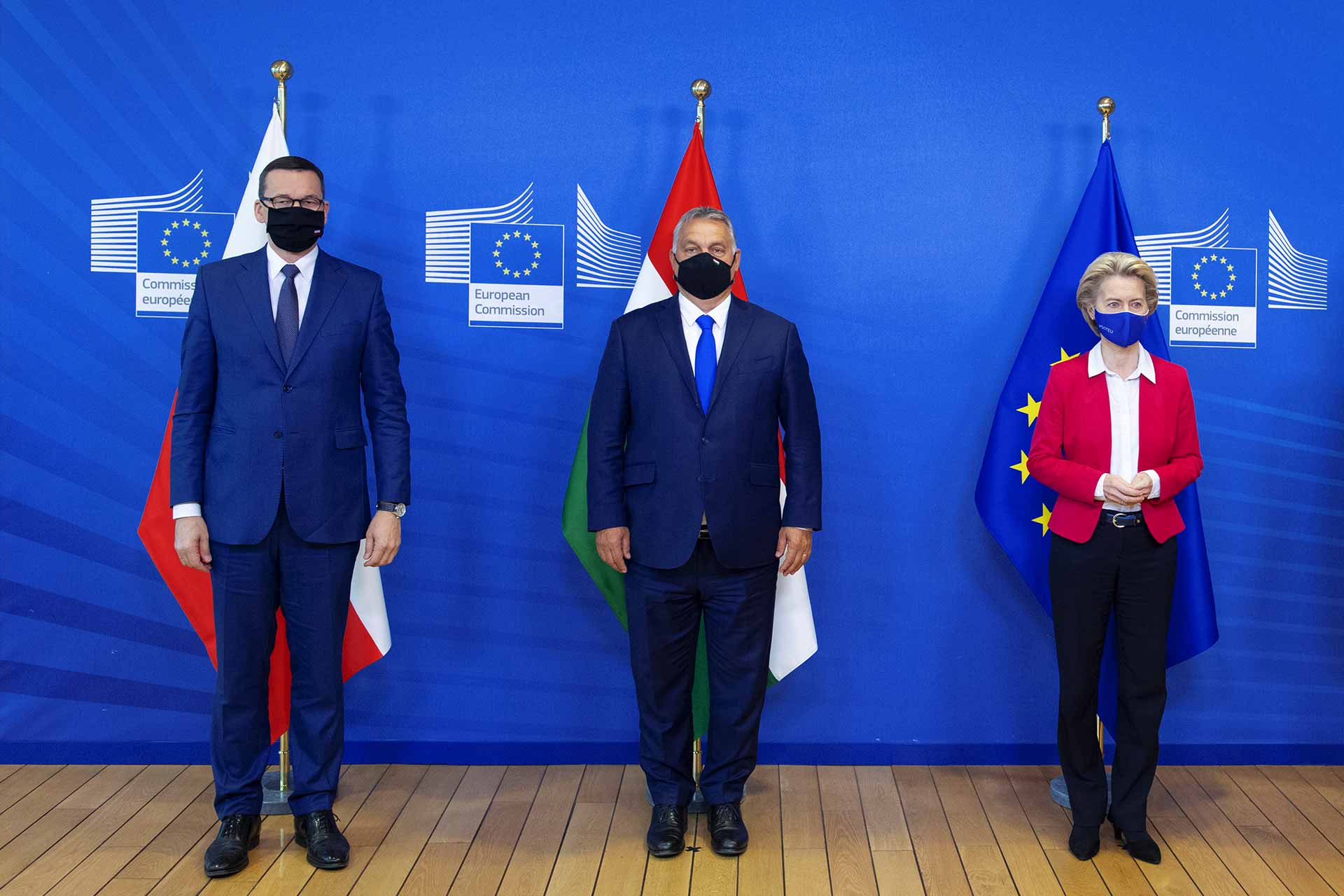 Viktor Orbán has informed EU leaders that the Hungarian government will veto legislation related to the EUʼs MFF 2021-2027 budget and the recovery fund. Hungary and Poland have VETO blocked approval of the EU’s budget for the rule of law link.

European affairs ministers will try to find a sollution on Tuesday. They will hold a debate on the annual rule of law dialogue and will assess the situation in specific member states. Also EU leaders have a video-conference on Thursday but a solution might take longer to find.

The design of the mechanism for making European Union funds dependent on the rule of law cannot be sacrificed at the EU summit to reach agreement on the EU budget” said Vera Jourova last week. But Viktor Orbán argued that common values such as the rule of law, are fundamental for Hungary. Their application and enforcement must be a matter for Hungarians to decide.

The Rule of Law mechanism would allow a qualified majority of member states to impose sanctions where governments fail to maintain democratic standards. The article 7 procedure requires unanimity among the member states before sanctions. Such sanctions could be the removal of voting rights in EU Council. Both Poland and Hungary had said they would protect each other from such measures, leaving it ineffective.

The Rule of Law mechanism

This budget is not just money. It’s also rules. (…) The European Commission is ready to defend its proposal – Jourova replied. She emphasized that principles are an essential part of the budget and existential for Europeans. Under the new mechanism, there would be greater accountability over EU payments through removal of that veto.

PM Viktor Orbán wrote in letters that Hungary would veto all elements of the legal package for the budget and the Next Generation EU recovery and resilience facility based on the principle that “there is agreement on nothing as long as there is not agreement on everything”.

The proposal linking EU money and the respect for the rule of law passed as it only required a qualified majority. Now Hungary and Poland will block the approval of the EUR 1.1 trillion budget and EUR 750 billion recovery package as the vote required unanimous support from all EU members. Hungary and Poland veto 2021-2027 EU budget.

EU Member States had already agreed on the €1.1tn budget for 2021-2027 after a marathon four-day summit in July. But the budget and the rescue package needed unanimous support and were then blocked by Poland and Hungary.

In a tweet, Johannes Hahn, EU-Commissioner for Budget and Administration, said he was disappointed that Member States could not advance on MFF and Next Generation EU agreement. He urged member states to “assume political responsibility and take the necessary steps to finalise the entire package. This is not about ideologies but about help for our citizens in the worst crisis since World War Two,” he added.

“The Rule of Law is not about one country or about East and West. It is neutral and applies to everybody. If you respect the rule of law there is nothing to fear. Denying the whole of Europe crisis funding in the worst crisis since decades is irresponsible” said Manfred Weber, the leader of the largest group in the European Parliament

Orbán letters to Merkel and Macron

Also in a letter to EU leaders last week, Polish Prime Minister Mateusz Morawiecki threatened to veto the EU budget. If the payment of funds is made conditional on members adhering to the rule of law, Poland could not agree. Both Warsaw and Budapest do oppose the mechanism. Morawieck’s comments were less critical and literal than those by his Hungarian counterpart’s.

That is why Poland cannot accept this version of the mechanism, which would lead to the primacy of political and arbitrary criteria over a substantive assessment.

Morawiecki said last week that Poland would exercise its “right to protest” if no “agreement on the link between the rule of law and the EU budget” is reached.

EU faces crisis as Hungary and Poland veto seven-year budget. Warsaw and Budapest reject package over attempts to link funding to respect for rule of law.