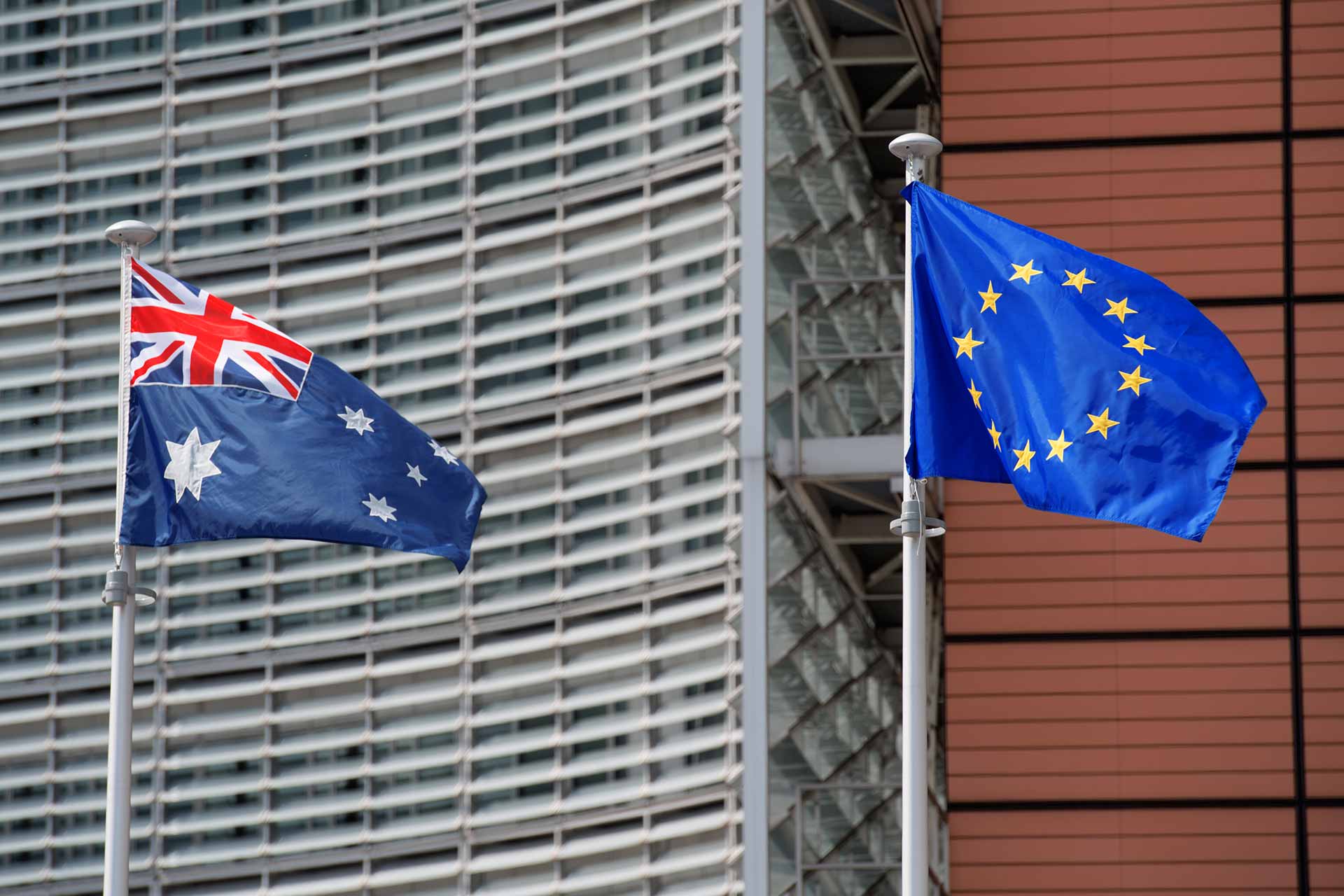 The EU and Australia share strong bonds in all domains and bilateral relations are deeply-rooted and expanding. The EU and Australia concluded the negotiations for a political Framework Agreement. This deal contains a number of economic and trade cooperation arrangements. The annual senior official-level Trade Policy Dialogue regularly meets to discuss bilateral trade relations.

There is a Mutual Recognition Agreement between the EU and Australia to facilitate trade in industrial products by reducing technical barriers. The agreement creates mutual recognition of conformity assessment procedures. This is done to reduce the cost of testing and certifying of exports and imports. Australia is part of the Asia-Pacific Economic Cooperation (APEC), the Comprehensive and Progressive Trans-Pacific Partnership (CPTPP) and the Regional Comprehensive Economic Partnership (RCEP). Australia is also a member of the World Trade Organisation.

The European Union and Australia enjoy a strong, dynamic and continuously evolving partnership. This relationship has its foundations in the 1960s. Today the relationship is currently based on the 2008 European Union – Australia Partnership Framework. It is a comprehensive statement of shared values and close historical, political, economic and cultural ties. As our relationship evolved, the EU and Australia have moved to upgrade bilateral ties. To this end in 2017 the EU signed the EU Australia Framework Agreement.

Building on the close relationship between the EU and Australia, which was formalised through a bilateral Framework Agreement in 2017, the leaders reconfirmed their determination to work together to tackle the coronavirus pandemic, including the development and provision of affordable vaccines and the support of the World Health Organisation.

They committed to step up cooperation on the post-pandemic socio-economic recovery, tackling the urgent challenge of climate change and accelerating the digital transformation. The leaders noted good progress in the ongoing negotiations for an EU-Australia Trade Agreement. They also discussed international developments including in Asia and the Pacific as well as cooperation in international organisations. The leaders also recognised the importance of further engaging with ASEAN.

The EU and Australia are likeminded partners on the international stage. They work together to find solutions to global challenges, both bilaterally and multilaterally. Strategic cooperation is on-going in areas such as counter-terrorism, migration and asylum, non-proliferation of weapons of mass destruction, prevention and fight against organised crime, development and humanitarian aid, promotion and defence of human rights as well as supporting the rules-based international system.

Regular consultations underpin this cooperation, together with other forms of concrete collaboration. Australia contributed to EUCAP NESTOR, an EU-led maritime capacity building mission in the Horn of Africa and Western Indian Ocean, and the EU Advisory Mission in support of Security Sector Reform in Iraq (EUAM Iraq). A specific bilateral agreement on cooperation in crisis management enables Australian participation in EU-led crisis management missions around the world.

The EU’s trade policy safeguards growth and jobs in Europe. The European Commission ensures that negotiated trade deals result in market access for EU exporters. Globally, the EU has more than 200 Free Trade Agreements in place, covering a third of global trade.

The EU as a key trade partner for Australia

In 2019, the EU became the third-biggest investor, with total investment worth AUD 684 billion, or 18% of Australia’s total.

In November 2015, Australian Prime Minister Malcom Turnbull together with European Council President Donald Tusk and European Commission President Jean-Claude Juncker, agreed to initiate the process of launching of Free Trade Agreement (FTA) negotiations. Later in September 2017, President Juncker proposed starting trade negotiaions with Australia. In his State of the Union address to the European Parliament, and in May 2018, the Council of the EU granted the European Commission the negotiating directives to commence trade negotiations with Australia. The negotiations were formally launched by European Trade Commissioner Cecilia Malmström, Prime Minister Malcolm Turnbull and Trade Minister Steven Ciobo in June 2018 in Canberra.

On 22 May 2018, the Council of the European Union adopted the decision authorising the opening of negotiations for a Free Trade Agreement. So far the EU and Australia have been conducting their trade and economic relations under the 2008 EU-Australian Partnership Framework. This aims to facilitate trade in industrial products by reducing technical barriers and improve trade in services and investment.

EU has launched negotiations for a comprehensive and ambitious trade agreement between the EU and Australia. The negotiations aim at removing barriers to trade in goods and services. Also talks are developing trade rules to make trade easier and more sustainable.

Bilateral trade in goods and services

The EU is already Australia’s second biggest trade partner. Bilateral trade in goods has risen steadily in recent years, reaching almost €48 billion in 2017. The sectors which make up the bulk of EU exports to Australia are transport equipment, machinery and appliances, chemicals, food, and services. Bilateral trade in services is around €28 billion.

A balanced and progressive trade policy to harness globalisation

The EU and Australia share strong bonds in all domains of global challenges and bilateral relations are deeply-rooted and expanding. Global trade is a key contributor to a competitive and prosperous European Union, with more than 30 million jobs supported by European exports to the rest of the world.

A globally integrated economy continues to benefit both large and small or medium sized European companies, as well as European citizens, workers and consumers. 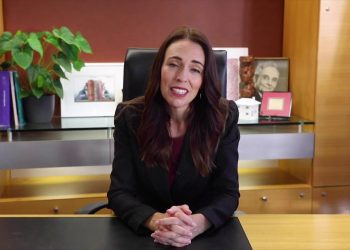 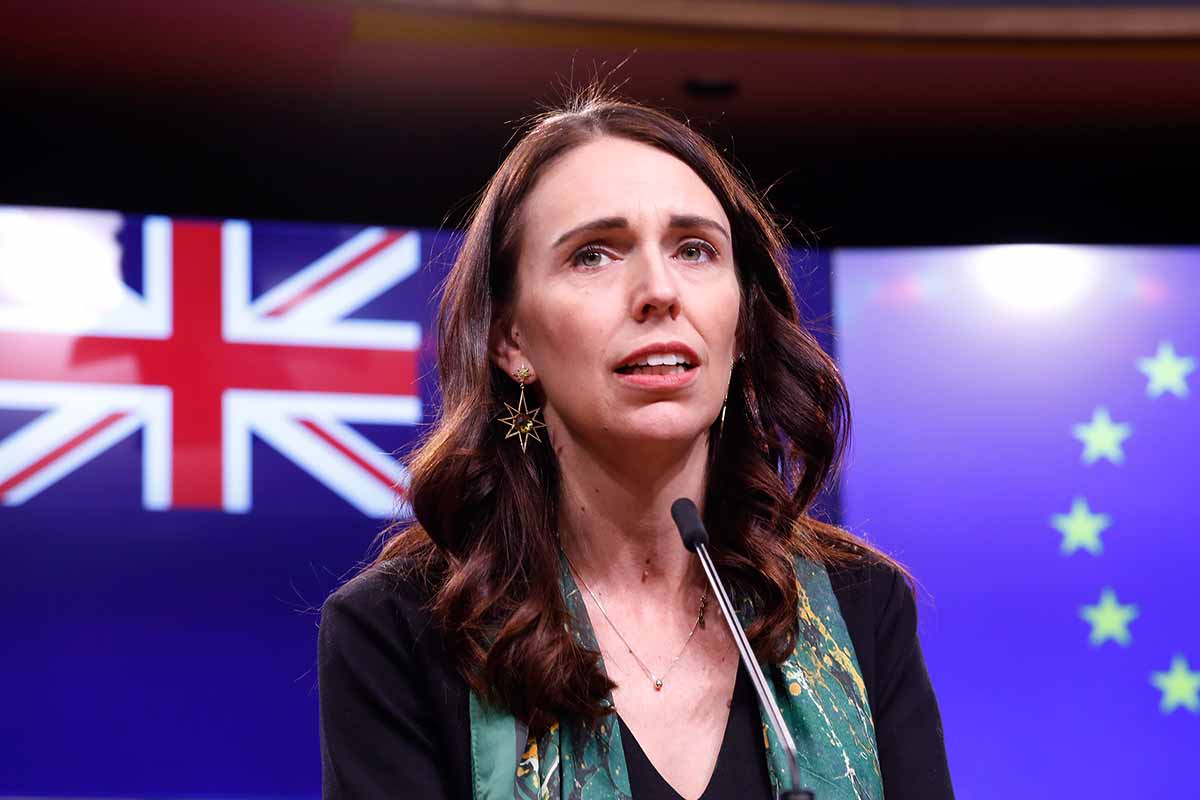