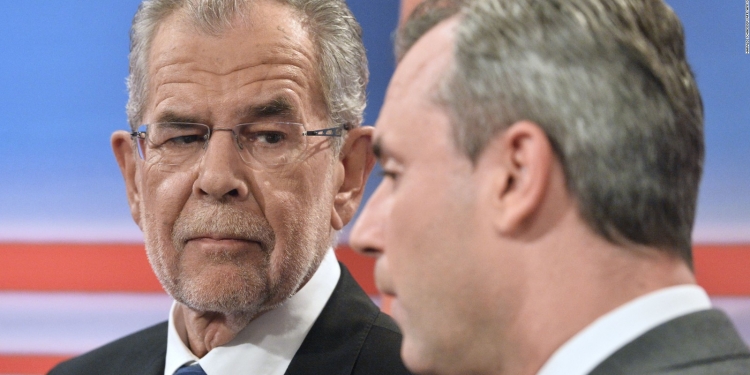 Is the ‘Trump effect’ strong in Europe to have an impact on Austrian elections? The FPÖ is currently enjoying a lead in the polls ahead of the country’s established SPÖ and ÖVP parties. The Freedom Party has led opinion polls for months! THE EUROSCEPTIC anti-Islam party is at the forefront of a radical shift in Austrian politics.

Last May, Hofer of the far-right Freedom Party lost out to Van der Bellen by 31,000 votes. But Austria’s constitutional court cancelled this result due to irregularities. Thia time Hofer focusses on the EU’s migration crisis and called for a ban on economic migrants.

Austria’s rise of the right

Candidates in Austria’s longest ever presidential race clash over the EU, Trump, and migrants https://t.co/WyorwOZ26W pic.twitter.com/z9Fc5ScU0l