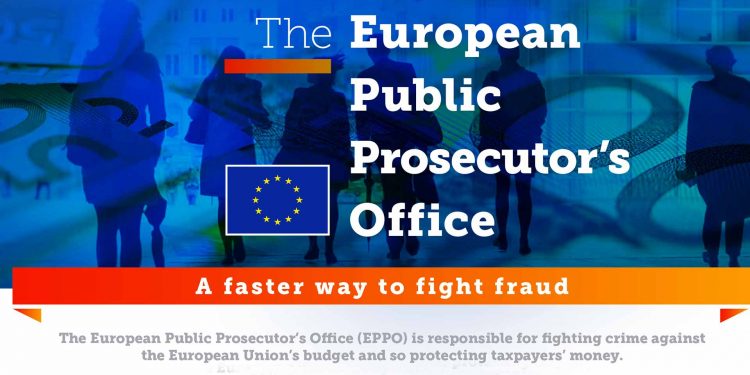 The EPPO is an independent European Union body competent to fight crimes against the Union budget and launched its operations on 01 June 2021. The European Public Prosecutor’s Office is an independent and decentralised prosecution office of the European Union, with the competence to investigate, prosecute and bring to judgment crimes against the EU budget, such as fraud, corruption or serious cross-border VAT fraud.

The Regulation establishing the European Public Prosecutor’s Office under enhanced cooperation was adopted on 12 October 2017 and entered into force on 20 November 2017. At this stage, there are 22 participating EU countries. Denmark, Ireland, Hungary, Poland and Sweden do not participate in the EPPO. Before the EPPO became operational, only national authorities could investigate and prosecute fraud against the EU budget. But their powers stopped at national borders. Existing EU-bodies such as Eurojust, Europol and the EU’s anti-fraud office (OLAF) lack the necessary powers to carry out criminal investigations and prosecutions.

“As of today, the European Public Prosecutor’s Office (EPPO) is up and running. This opens a new chapter in fighting cross-border crime. The first supranational prosecution service is launching its operations to protect the EU taxpayer’s money, competent to investigate and prosecute crimes like money laundering, corruption and cross-border VAT fraud.

In 2019 alone, Member States reported fraud affecting EUR 460 million of the EU budget. Such fraudulent activities have a direct impact on people’s everyday lives, inflicting serious economic damage. This has to stop, all the more so because COVID-19 has deeply challenged our economies and we need every euro for the recovery.

Now, the European Public Prosecutor’s Office steps in to strengthen the protection of the budget of the EU. It will observe the implementation of NextGenerationEU with an eagle eye to make sure funds will reach our economy and our citizens.  EUR 750 billion in loans and grants are at stake.

This newly created EU body is fully independent. It will prosecute and bring the suspected perpetrators of crimes to justice in the 22 participating EU Member States. Sweden has expressed its interest and is planning to join the EPPO in 2022. We encourage the four Member States that chose to stay out to join as well. Because crime knows no borders – we need to fight it together.”

European Public Prosecutor’s Office has its seat in Luxembourg

The rights of the suspects and accused persons are guaranteed by comprehensive procedural safeguards based on existing EU and national law. The European Public Prosecutor’s Office shall ensure that its activities respect the rights guaranteed by the Charter of Fundamental Rights of the EU, including the right to fair trial and the rights of defence. The procedural acts of the European Public Prosecutor’s Office are as a rule subject to judicial review by the national courts. The Court of Justice of the European Union has jurisdiction in a limited number of cases but can ensure a consistent application of EU law by means of preliminary rulings.