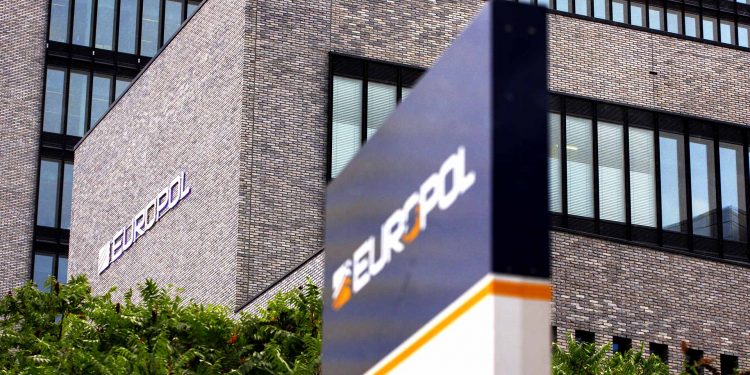 A corrupting influence: the infiltration and undermining of Europe’s economy and society

The SOCTA 2021 provides an overview of the current state of knowledge on criminal networks and their operations based on data provided to Europol by Member States and partners and data collected specifically for the SOCTA 2021. In trying to overcome the established, and limiting, conceptualisation of organised crime groups, this assessment focuses on the roles of criminals within criminal processes and outlines how a better understanding of those roles allows for a more targeted operational approach in the fight against serious and organised crime.

Commissioner Johansson’s speech at the launch of the EU serious and organised crime threat assessment (SOCTA) 2021.

This is a big day. Today Europol presents the EU SOCTA 2021, its flagship report on serious and organised crime. Let me also say thank you to Francisca and Eduardo for welcoming us in Lisbon, it’s always nice to be here.

Published every four years, it represents the peak of knowledge, analysis and law enforcement experience. I should say this is much more than a report, this is a guide for action, because we need to do more. The 2021 edition makes it clear: organised crime is one of the biggest threats.

A growing threat. A violent threat. Contract killings, shootings, bombings, arsons, kidnappings, torture and intimidation. Criminals kill innocent victims in the crossfire. Murder journalists and lawyers, in direct attacks on our democracies. Criminal networks increasingly use violence in Europe to reach their goals.

And that goal is in one word: money

In one year, criminals made almost 140 billion euros in criminal money in the EU. 1% of the EU Gross Domestic Product. More than the GDP of some of our Member States. Money that criminals use to pay for middlemen, strawmen and hitmen. Money that we need for hospitals, vaccines, and recovery.

Organised crime is a flexible threat.

Criminals adapt to the pandemic with great ease. By scamming people and selling fake or non-existent cures. Criminals exploit technology, commit crimes online and leave traces online. Trade criminal goods and services on the dark web. Pay and launder profits with cryptocurrencies. Hide their crimes with encryption. And organised crime is a cross-border threat. 70% of criminal networks are active, in more than three Member States.

The publication of this report could not be more timely. In two days, I will present my strategy on organised crime. This strategy deals with many of the issues raised in this report. At the heart of my strategy is law enforcement cooperation. Criminals ignore national borders, and European borders. We can only fight organised crime, if we work closely together in Europe. And we will build on our successes.

To start with – Europol

Europol is the cornerstone of EU law enforcement cooperation. Already in December I launched proposals, to boost the mandate of Europol. So it can support law enforcement even better. Second- EMPACT, the European Multidisciplinary Platform Against Criminal Threats. Within this framework Member States carry out 200 joint operational actions against organised crime every year. Very successful operations, leading to many arrests, boosting cooperation across the board.

I want us to move Europe from ad-hoc police cooperation to permanent police partnerships. I will present this year an EU police cooperation code. Streamlining all our existing tools into one coherent and modern rulebook. We must improve information sharing in day-to-day policing. Law enforcement can now already check with other Member States if they have information on DNA, fingerprints or number plates.

We should simplify and speed up this information exchange. I will come forward with new proposals already this year, and I will  consider possibilities to also run checks for facial images, driving licences, police records and ballistics. I will update rules to make better use of travel information. Advanced Passenger Information people give at check in when they travel.

To help identify criminals at an early stage.

Of course – making sure we always respect fundamental rights. We will scale up the fight against threats new and old. Threats that you have clearly outlined, in the report today. We need to counter the rising tide of fake vaccines and sham medicines. And need to address counterfeiting. Also being prioritised by the Portuguese Presidency. Last year, Europol coordinated the very successful operation “shield”. Leading to the capture of 73 million worth of fake or misused medicine – including 33 million medical devices.

And we will fight environmental crimes. A growing crime in many Member States. We will fight drug trafficking. The drug trade dominates organised crime and is a major source of income for criminals. Already last year the Member States adopted our new EU Drugs Strategy.

Lisbon is an important centre for drugs prevention and fighting drug trafficking. This afternoon I will visit the European Monitoring Centre for Drugs and Drug Addiction. Which provides policy makers with the information they need, to tackle the harmful effects of drugs. And I will visit the Maritime Analysis and Operation Centre – Narcotics. In which six EU Member States and the UK work together to fight drug smuggling on the high seas. Their work is more important than ever – just last month, law enforcement captured the first ever so called “narco-submarine”. A nine-metre long boat capable of transporting two tonnes of drugs.

We will fight migrant smuggling. Smugglers abuse the dreams of desperate people of a better life. Increasingly smuggling networks are putting people’s lives at risk to maximise profits. Soon, I will present a new EU action plan to combat migrant smuggling. We will fight child sexual abuse. This is my number one priority. I presented a strategy last year. I want Parliament and Council to agree on emergency short-term legislation, so Internet companies can continue to report child sexual abuse.

But I am also preparing permanent legislation, because we need good, clear, long term rules to protect children. We will fight the trafficking of human beings. One of the worst forms of organised crime. A crime especially against women. 72 per cent of victims of trafficking in human beings are women. Forced to sell their bodies. Forced into prostitution. A crime against children. A quarter of victims are children. Most of them girls. It’s a crime against EU citizens. Nearly half of the victims are EU citizens.

A crime against people. That treats people as a commodity. Exploiting their bodies, or their labour. On Wednesday I will present a strategy against human trafficking, to fight traffickers and protect victims. To fight all forms of organised crime, we must do several things. We must make sure that crime doesn’t pay and that criminal assets do not infiltrate our legal economy and society. Today only 1% of criminal assets is confiscated. EU will step up the fight against money laundering and improve asset recovery.

We must “follow the money” to catch criminals in financial investigations.

We must fight corruption. Especially now we’re mobilising public money for health care and recovery. Not a euro, not a cent of this money must end up in the pockets of criminals. We need a high-tech law enforcement to fight tech-savvy criminals. 85% of evidence is digital. Criminals commit crimes online and leave traces online.

We want to make it easier for law enforcement to access electronic evidence across borders. When service providers delete data, they potentially delete clues to countless crimes. We will look at possibilities for data retention. So that evidence doesn’t unintentionally disappear, at the touch of a button. Obviously, these measures must be fully in line with fundamental rights.

We must also deal with encryption.

Criminals hide their crimes with encryption that’s easy to use but impossible to break. We must find solutions. When  police have lawful access to information, they must also be able to get actual access to that information. Europol’s new decryption facility will already help Member States.

We will support research and innovation in policing – for example, artificial intelligence. And support training in using technology – for example to carry out digital investigations. I want to end by thanking Europol for this excellent report. It once again confirms Europol’s essential role in supporting crime-fighting in Europe.

I congratulate you Catherine De Bolle and your team, on this achievement. I thank all Member States, EU agencies, international organisations and all other partners for contributing to this report. A report that outlines the main criminal threats facing Europe today.

It will guide every day police and law enforcement cooperation. It will guide our long-term cooperation in the next EMPACT cycle. And it will guide the Commission’s policies and proposals. This is called Europol’s flagship report. And not for nothing. A flagship is not only the biggest and most important ship.

It’s also the leading ship, that shows the direction of travel. And we can certainly plot our course, by Europol’s assessment of serious and organised crime.