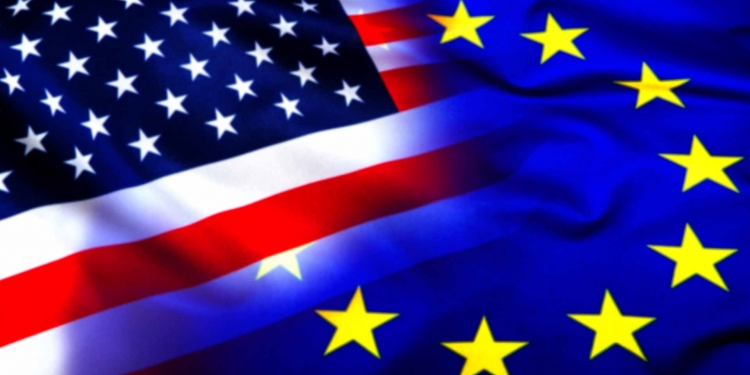 The EU has traditionally favoured an open and fair international trading system. It has worked strenuously to ensure the integration of all countries into the world economy, including through the progressive abolition of restrictions on international trade.

The process of trade integration started after the Second World War. It gained new impetus in the 1980s and had a golden age in the period 1990-2008. Trade integration has slowed over the last decade.

The Trump administration announced Wednesday that it will impose tariffs on $7.5 billion in European imports beginning Oct. 18 in a case involving European Union subsidies to the plane maker Airbus.

Protectionism on the rise

Protectionism has been on the rise, driven by an increase in non-tariff and, more recently, tariff barriers. At the same time, public support for globalisation has declined on both sides of the Atlantic. While factors such as Brexit and Euroscepticism have challenged the principles of freedom of movement and economic integration in Europe, the benefits of free trade have been openly called into question in the United States. Trade tensions escalated in 2018 and, as protectionist threats by the US Administration and retaliatory responses by its main trading partners were followed by concrete actions, the risk of a trade war came sharply into focus.

US tariffs on EU goods

The risk of a trade war came sharply into focus in 2018, as protectionist threats by the US Administration and its trading partners were followed by concrete actions. Tensions rose and while these have been defused on some fronts, the risk of further escalation remains material. The impact of the measures implemented so far on the global and euro area economic outlooks is expected to remain contained.

However, large negative effects could materialise if trade tensions were to escalate further. Uncertainty related to protectionism is weighing on economic sentiment and it may raise further, potentially eroding confidence and affecting the euro area and the global economy more significantly.

The complexity of intertwined international production chains could also magnify the impact. Against this backdrop, this article reviews the changes in the trade policy landscape over the past decade. It discusses the macroeconomic implications of the recent surge in protectionism and evaluates the possible effects that an escalation in trade tensions could have on the global economy and the euro area.

While negotiations with the US on the Transatlantic Trade and Investment Partnership (TTIP) have been suspended, the EU is in the process of negotiating with other key partners. Negotiations on a trade agreement with the founding members of Mercosur are an important stepping stone to greater access to the South American market.

These agreements will bring significant benefits. The average tariffs imposed on EU exports are due to be cut by approximately 50%. FTAs will contribute an additional 2% of EU GDP to economic growth in the EU. The finalisation of these agreements may, however, take several years.

Europe is the world’s largest exporter of manufactured goods and services. Also EU is the biggest export market for around 80 countries. The EU’s trade in goods with the rest of the world was worth EUR 3 936 billion in 2018.

The European Union is the biggest integrated economic zone and a guarantor of an open and predictable regulatory system able to determine its own economic destiny. But the behaviour of other global powers is increasingly calling this ability into question. China and the United States, especially, do not separate economic interests from geopolitical interests in the same way the EU does and are increasingly trying to gain geopolitical advantage using their economic might.

The EU is definitely a fierce defender of a multilateral rules. Global defender on based trade system with free but fair trade as its strategic policy objective. The EU will therefore do its utmost to save a ‘meaningful multilateralism’ by helping to reform the WTO, improve multilateral investment protection and conclude multilateral trade agreements.

At the same time, the EU will defend its own interests by negotiating bilateral trade deals and applying trade defence and investment screening where needed. The EU has a strong interest in keeping the use of geo-economic measures manageable and avoid escalation into a trade war.

New economic players and technological breakthroughs have significantly changed the structure and patterns of international trade. The widespread use of information technologies has made possible to trade goods and services that could not previously be traded. Foreign exchange has grown tremendously during the last 20 years, reaching unprecedented levels. Today’s global economy is highly integrated. ALso global supply chains transform the traditional trade in finished goods.

The effects of the global financial crisis have had a negative impact on the Union’s economic performance. The EU’s economy has shown notable resilience when compared with other industrialised economies. Its share of global GDP has declined less rapidly than those of Japan and the USA. The EU has also been able to preserve a relatively strong position in trade in goods while reinforcing its leading role in trade in services.

The latest round of US tariffs imposed on China target a significant part of the two countries’ bilateral trade. The share of euro area and global trade directly affected is still limited.

Rising protectionism could harm trade and activity on the global economy and the euro area. Trade liberalisation within the framework of multilateral cooperation has been a key factor driving global economic prosperity.