Europa building: The Space EGG of the Council of the European Union 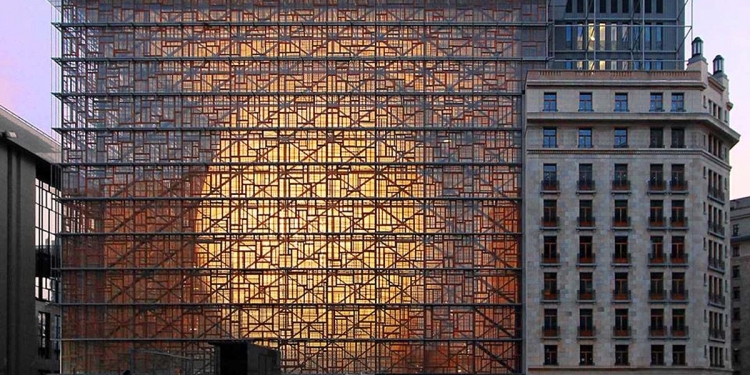 From 2017 on, the new EUROPA building is the main seat of the European Council and the Council of the EU. It hosts EU summits, multilateral summits and ministerial meetings. The official name is EUROPA building but colloquially is called the Space EGG of the EU by international media. National delegations and the President of the European Council have their offices in Europa while most General Secretariat departments and lower level meetings remain in the Justus Lipsius.

The construction of the Europa building was decided by EU leaders in 2004 to take account of EU enlargement and to host all summits in Brussels rather than in member states. The current building – Justus Lipsius – which was planned in the late 1980s, was not originally conceived to host summits, which were organised outside Brussels at the time. In recent years, the summits have become the most important meetings in the functioning of the EU and the number of summits has steadily increased going from the minimum 4 (as provided in the treaty) to 8 or 9 per year. In 2015, a record of 12 summits were organised.
The first summit will be held in the new building in the first half of 2017.

The Europa building responds to the specific needs of the Council and the European Council, providing the necessary level of security, and reflects the concept of sustainable development, both in the materials and technologies used.

The facade consists of a patchwork of restored wooden window frames from renovation or demolition sites in all the EU countries. They serve a dual purpose:

The facade is also a reminder of the EU motto: “united in diversity” as all the windows are different but all are made of oak or similar species.

The Europa building was designed by the joint venture Samyn and Partners (Belgium) – Studio Valle Progettazioni (Italy) – Buro Happold (United Kingdom). The Belgian authorities, through the Belgian Buildings Agency, have assumed the role of prime contractor for the building work.

The Justus Lipsius building in Brussels has been hosting EU summits for more than ten years.

Since 1995, the Justus Lipsius building has been the main seat of the Council of the EU and of the General Secretariat of the Council. As of 2002, the building also started hosting European Council meetings.

Between 2001 and 2006 the Justus Lipsius underwent alterations, to allow for the temporary hosting of these European Council meetings, the delegations from new member states and press representatives attending the meetings.