Europe needs a common approach to defeating ISIS. We don’t want to live in fear! 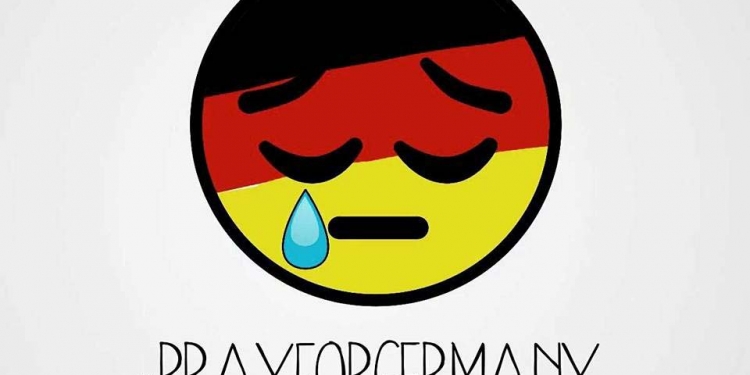 ISIS Claims Responsibility for Berlin Truck Terror Attack at Christmas Market. The heavy truck rammed into crowds of visitors. The attack was horrifyingly similar in style to the terrorist attack in the southern French city of Nice this past July.

We don’t want to live in fear #BERLIN

We need a new approach to security.

Amateur terror attacks may be the next step of ISIS war in Europe. Last year European instant reaction was to impose border controls among Schengen countries. Such anxiety and fear by governments could kill the free movement of people in Europe. Controls at Schengen borders would not even noticeably reduce the threat of a terror attack. Security services are trying to track scores of suspects, many of whom have fought in Syria and Iraq. It is claimed that security officials knew a terror attack was being planned at the festive market in Berlin. Also just weeks ago the US State Department revealed it had “credible information” that Islamic State and other Islamist terror groups were plotting massacres across Europe over Christmas.

According to sources of my colleagues @welt , authorities in Berlin in recent days had info about possible attack against Christmas market

It was the nightmare scenario European officials have warned about for months. But ISIS has been allowed the opportunity to expand for too long. Europe must begin by learning from its recent mistakes and inaction.

While waiting for peace in Syria, what to do about the refugees?

The EU has to bring together more players to the table, to unite everyone against terrorism at the same time. No state or organisation can operate if a there is a truly global coalition against it.

Let’s not fall into ISIS’ trap with terrorism.

But for the moment, the reaction to terror attacks shows divide between European solutions.