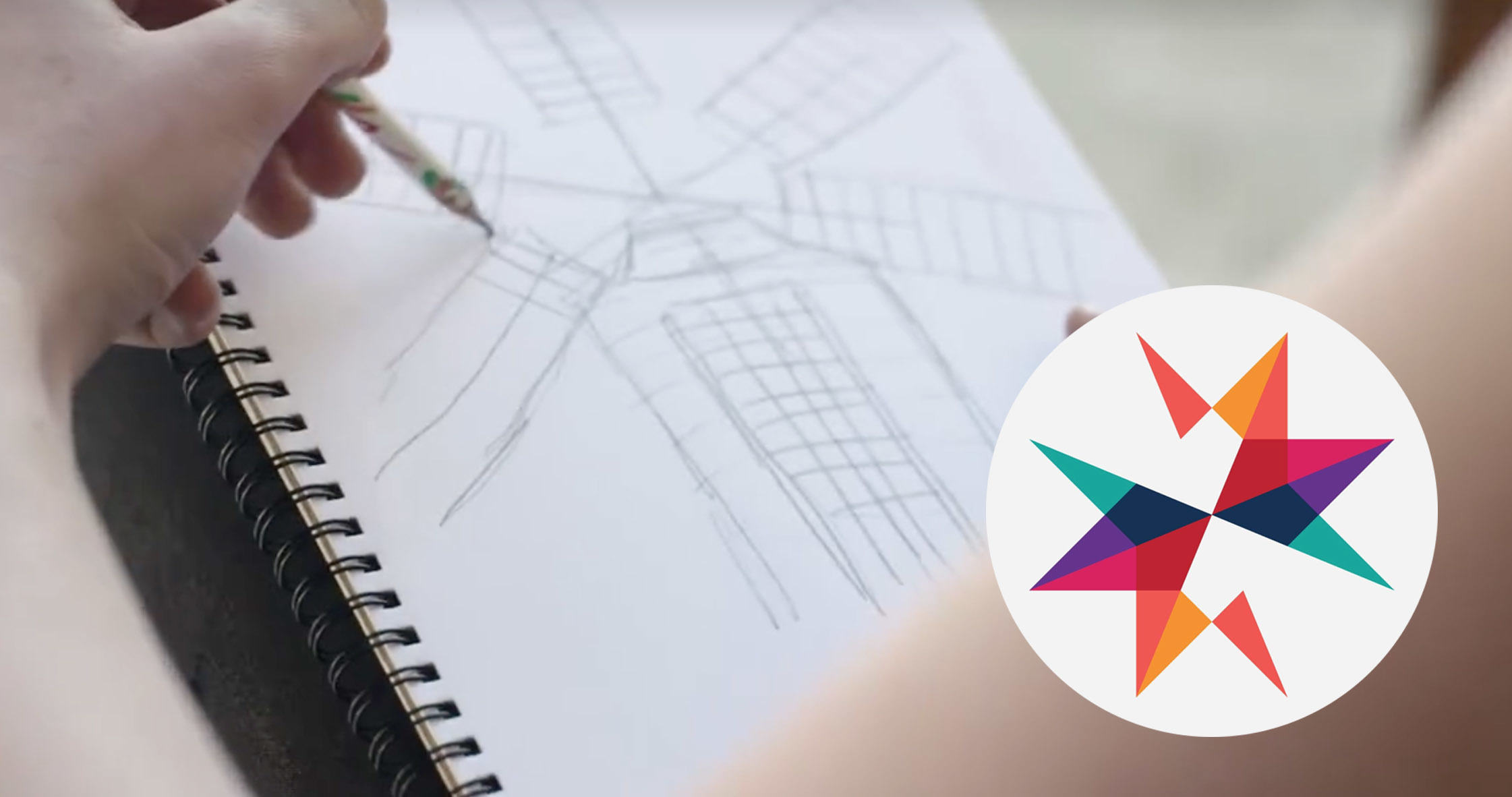 The six priorities of the Maltese presidency have been outlined: MIGRATION, THE SINGLE MARKET, SECURITY, SOCIAL INCLUSION, EUROPE’S NEIGHBOURHOOD & MARITIME.

Malta will take the presidency of the Council of the European Union on 1 January 2017.

The twin objectives are to push for the swift implementation of measures that have already been agreed upon, and to ensure that the issue remains at the top of the political agenda. Citizens are demanding action and we cannot afford to have a complacent EU that does not treat this subject with the urgency and importance it deserves.

Strengthening and streamlining the Common European Asylum System will be important in order to distribute the migration load among Member States more fairly;

Within this, attempts to revise the Dublin Regulation which delineates Member States’ responsabilities for examining asylum applications, will be key;

As the two-year period for the relocation of 160,000 people in need of internal protection gets closer, we are conscious of the need to ensure better implementation;

Malta wants to push for a holistic approach to migration, including both the internal and external aspect. In this spirit we will follow up on what was agreed upon at the Valletta Summit on Migration. We will work to complete the work in relation to the European External Investment Plan to promote sustainable investment in Africa and the Neighbourhood and to tackle the root causes of migration.

This is the Union’s greatest asset. If we, collectively, manage to fully exploit the Single Market and develop the Digital Single Market as well as complete the Internal Energy Market, we will bring tangible benefits to our economies, our businesses and our families by removing barriers to trade and improving protection and access to services for consumers. We aim to deliver as much as we can in this area, by improving and concluding key legislation already being negotiated. The Capital Markets Union will also be given its due importance during the Presidency.

Ending roaming charges throughout Europe, so that citizens can stay in touch when they travel;

Making progress towards ensuring that consumers seeking to buy products and services in another EU country, be it online or in person, are not discriminated against based on nationality or country of residence in terms of access to prices, sales or payment conditions (geoblocking);
​​
Ensuring a sharper focus in EU legislation in addressing the challenges faced by small and medium-sized enterprises (SMEs) such as by enabling the development of a wider range of funding sources through action on the Capital Markets Union;

Growth and jobs remain an overarching priority for all EU Member States and for the EU as a whole. The extension in time and financial capacity of the European Fund for Strategic Investment will be a priority file during the Maltese Presidency to help mobilise private investment while making smart use of scarce budgetary resources;

Strengthening security of energy supply for all EU citizens, particularly in times of crises;

Working towards an agreement to provide free Wi-Fi in every town, village, and city in the European Union.

​Following horrific terror attacks in the past 12 months, we, as a Union, must remain vigilant to ensure the security of our citizens. Against the backdrop of an international landscape that is increasingly volatile, the Maltese Presidency will contribute towards concrete progress on proposals that address regional and global challenges, while upholding the values that underpin the very existence of the Union. The EU’s first line of work in this area remains effective diplomacy, and in this respect, we will work closely with the European External Action Service under the umbrella of the EU’s Global Strategy to manage the complex challenges of migration, terrorism, and hybrid threats.

​​​Continuing action on combating terrorism; taking forward the fight against serious and organised crime through the EU Policy Cycle; following-up on the EU Roadmap to enhance the exchange and management of information including interoperability solutions for databases used by national law and border management authorities; and continuing action on the Fight Against Terrorist Financing through various legislative files including a political agreement on the fourth Anti-Money Laundering Directive;

Achieving significant progress on current initiatives aimed at better managing the Union’s external border, including the establishment of an EU system to register entry and exit of third country nationals; the creation of an EU Travel Information and Authorisation System (ETIAS) to determine the eligibility of all visa-exempt third country nationals to travel to the Schengen Area. These proposals will help bolster internal security;

​Taking steps to broaden consensus on the outstanding elements concerning the creation of the European Public Prosecutor’s Office which will investigate and prosecute people and companies who act against the EU’s financial interests;

​​​​Improving the governance of Eurojust in order to ensure more coordinated criminal justice cooperation across borders, thereby better protecting citizens against international criminal activities such as trafficking, terrorism and money-laundering.

Social policy is something that the Maltese Government holds dear. This is an area where we hope our experiences can rub off on our European partners. Work here will be guided by close consultation with social partners, civil society and citizens in order to advance gender equality and rights of minorities and vulnerable groups.
Concrete Objectives

Improving participation of women in the labour market. The Maltese Presidency will aim to achieve progress on issues relating to gender balance including the Proposal for a Directive on improving gender balance among directors of companies listed on stock exchanges;

​​​​Malta will continue to combat gender-based violence, in particular by promoting the sharing of best practices and exchanging information on existing legislation, policies and strategies, as well as statistical data and studies;
​
​​Malta will hold a Ministerial-Level Conference on LGBTIQ issues in order to further explore the Commission’s roadmap on this area.
​​

Europe’s security and prosperity are interlinked with those of our neighbourhood. Countries bordering the Southern Mediterranean are facing serious challenges, including armed conflict, terrorism, political instability and radicalisation. Aware of the potential ripple effects of instability beyond Europe’s borders, the Maltese Presidency will focus EU engagement on the stabilisation of our neighbourhood. The EU Global Strategy will be an important reference to guide the Union’s action and determine its role as a relevant and effective player.

Particular attention will be paid to the EU’s Southern Neighbourhood, with the stabilisation of Libya and the Union’s contribution to a peaceful transition being key priorities;

​​The Maltese Presidency will support EU and international efforts for the resumption of the Middle East Peace Process between Israel and Palestine;

​Ensuring that the democratic transition in Tunisia remains on track and keeping up the momentum on the continuation of trade negotiations;

​​Contributing to the EU and international efforts to address the Syrian conflict;
​
​​Deepening the relationship between the EU and the League of Arab States will be stressed, in order to better address shared challenges and responsibilities. The Presidency will also seek to revitalise relations with the Gulf Cooperation Council;
​​
​​Engagement with the Eastern Neighbourhood will remain important, including with respect to supporting Ukraine and ensuring cooperation with Russia on issues of global and regional concern.
​​

The EU will be increasingly dependent on the seas and oceans; the sustainability and continuing development of the maritime sector, under the EU Integrated Maritime Policy, fits naturally with the legislative priorities of an outward-looking island nation in the southern Mediterranean. In addition, the sector provides a diverse spectrum of innovative research and commercial activities that could be developed into high value-added job opportunities in line with the Blue Growth Initiative towards growth and competitiveness.

​​International Ocean Governance will also be formally put on Malta’s agenda, with the aim of ensuring political endorsement on the way forward on a more coherent, comprehensive and effective EU policy to improve the international ocean governance framework and the sustainability of our oceans;

The Western Mediterranean Sea Basin Initiative is expected to be launched early in 2017, targeting a specific geographical area of interest to Member States and neighbours. The Initiative will build on existing structures, within the context of the Blue Economy, to improve maritime governance (with the aim of achieving a level playing field in the region), exploit strengths and address weaknesses, whilst ensuring a sustainable approach.