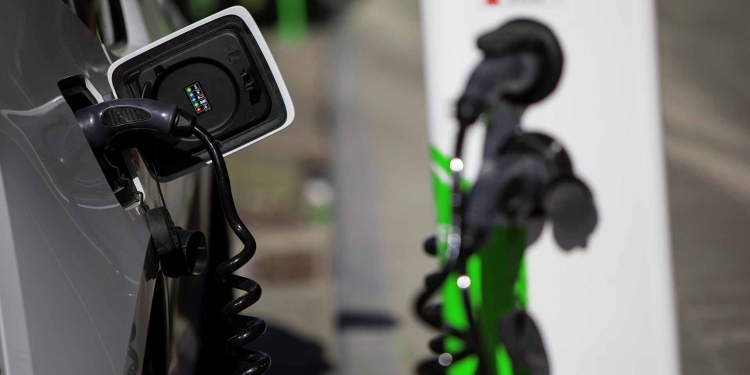 Despite the current crisis, the EBA has remained on track in its crucial work. The industry representatives made clear their determination to accelerate projects throughout the value chain to help create jobs and growth in Europe, while fostering the Green Deal and Digital transition.

Batteries are at the heart of the industrial revolution and I am convinced that Europe has what it takes to become the world’s leader in innovation, de­car­­bon­­i­­sa­­­tion and digitisation. Vice-President Maroš Šefčovic

According to EIT-InnoEnergy, an Acceleration Plan proposed by industry is set to create up to 1 million jobs in a European battery ecosystem worth € 210 billion by 2022. European Investment Bank mentioned that battery projects along the entire value chain remain among its top investment priorities – with loans amounting to € 1 billion having so far been allocated by the Bank, leveraging € 4.7 billion in total. European Investment Bank (EIB) Vice-President Andrew McDowell, confirmed the Bank’s commitment to supporting a strong, independent European battery industry.

The European Battery Alliance (EBA) was launched in October 2017 by European Commission Vice President Maroš Šefčovič. EBA brings together more than 400 industrial and innovation actors who strive to ensure that all Europeans benefit from safer traffic, cleaner vehicles and more sustainable technological solutions.

The Bank expects to increase its backing of battery-related projects to more than EUR 1 billion of financing in 2020. This matches the level of support the EIB has offered over the last decade.  Since 2010, battery projects financed by the EIB totalled EUR 950 million and supported EUR 4.7 billion of overall project costs. This support benefits from a successful partnership with the European Commission which has enabled new financing instruments such as the InnovFin Energy Demonstration Programme, a tool to facilitate the demonstration phase of innovative energy projects, including battery pilot lines.

I was pleased to see that despite the pandemic, the EU Battery Alliance has remained on track in its crucial work. Vice-President Maroš Šefčovic

The production capacity of EIB lithium ion battery cells projects – both those already approved or signed and those under appraisal stands at 51 GWh. This compares to a current annual production capacity of 49 GWh in the EU (US: 49 GWh; China: 447 GWh). In addition, the EIB finances the development of new materials, improved battery management systems and battery recycling.

“The Covid-19 crisis has highlighted Europe’s vulnerability to interruptions in the supply of critical materials and technologies. As the Green Energy transition accelerates, creating a European battery industry is vital to protect Europe’s competitive position in the world economy,” said the EIB Vice-President in charge of energy, Andrew McDowell.

With the support of the European Battery Alliance, the European Investment Bank – the EU Bank – is significantly stepping up our financing of all stages of the battery value chain, from research and development, raw materials extraction and processing through to battery production, e-charging infrastructure and recycling. Andrew McDowell

According to Commission Vice-President Maroš Šefčovič: “The corona crisis has further highlighted that the rationale behind the European Battery Alliance is more relevant than ever – to bolster Europe’s resilience and strategic autonomy in critical industrial sectors and in key, game-changing technologies. I am very pleased to see that the private sectors has kept the momentum thanks to the traction created by the Alliance. Accelerating our work is both, possible and needed. The Commission will therefore continue to mobilise all industrial actors, Member States and the EIB to shift things into a higher gear – leveraging investment, establishing a fit-for-future regulatory framework and building our raw materials resilience.”

State-of-the-art batteries, will be at the heart of Europe’s Green transition and already contribute to the decarbonisation of the EU economy. They hold key solutions for low-carbon technologies such as electric vehicles. The EU’s entire battery industry employs more than 30.000 people across 14 countries. Further developing an independent European battery ecosystem would allow the Union to play an important role in a market which is projected to grow to EUR 250 billion/year by 2025. Additionally, a secure local battery capacity would boost the European automotive industry and safeguard thousands of jobs.

However, battery energy storage in Europe – still in the early phases of its development – is facing challenges in manufacturing, shipping, and R&D due to the economic fall-out of the Coronavirus pandemic. Critical battery components are manufactured in China, either by domestic or international producers, and car makers in Europe suffer from severe disruptions to their supply chain. As a consequence, European car manufacturers had to lower their production already before the COVID-19 crisis hit Europe because they ran short in supplies of battery cells.