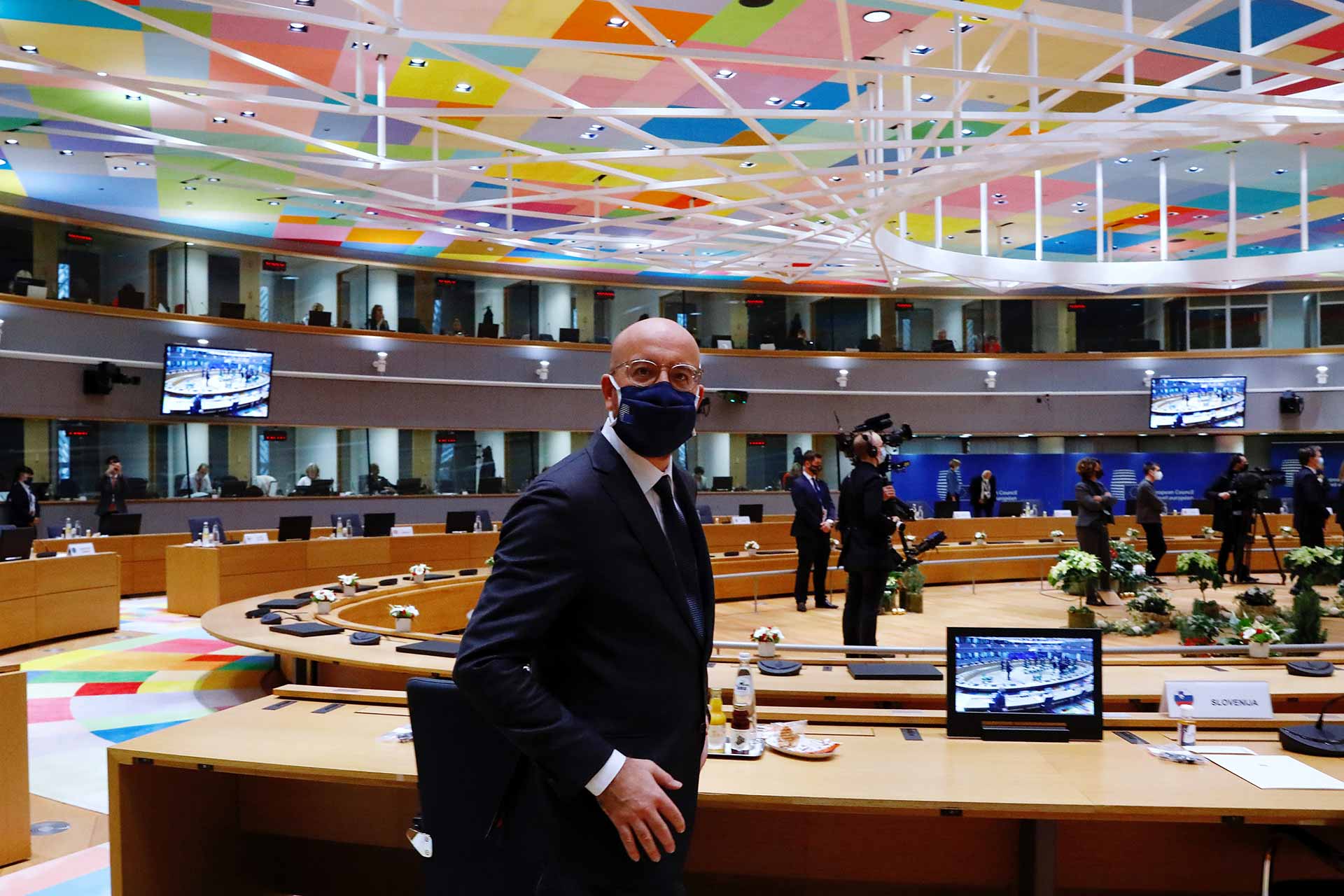 The EU leaders’ agenda of the EU Summit includes climate targets, coordination of the COVID-19 response and foreign policy issues. On 11 December the leaders will also discuss the EU’s long-term budget and finally the Brexit deal news, the EU’s future relations with the UK.

The EU leaders will hold a general discussion about the COVID-19 situation in Member States. Various testing methods and work to produce and distribute a vaccine, as well as how it will be deployed, are issues that will be raised at the meeting.

Who has the priority to receive COVID-19 vaccines first?

The EU must review its climate targets for the next few years to become climate-neutral by 2050. At the Summit, the heads of state and government will decide on tighter climate targets for 2030. The objective of the EU is net-zero emissions by 2050, and to achieve that the Government wants to see a more ambitious EU target for 2030. European Climate Law drives EU between Recovery and Climate neutrality

At the end of July, EU heads of state and government agreed on a proposal for a new long-term budget for the EU, as well as on a recovery package. Since the summer, negotiations on the long-term budget have been ongoing and have been concluded with the European Parliament. Some EU Member States are now having difficulty approving the agreement as payments from the EU budget are to be linked to the rule of law for the first time. EU budget is coming with €1.8 trillion long-term MFF Deal

Following the elections in the United States, the European Council will hold a discussion on EU-US relations.

In line with its conclusions of October 2020, the European Council will come back to the situation in the Eastern Mediterranean. The council will focus on relations with Turkey. Leaders will also discuss EU relations with the Southern Neighbourhood.

Brexit – Future relations with the UK

The UK left the EU at midnight on 31 January. A transition period began that runs until the end of 2020. During the transition period, the EU and the UK are negotiating on the future relationship. Everybody expects a Brexit deal between the EU and the UK to avoid Brexit Chaos. High-level negotiations are now under way and the heads of state and government are likely to address the issue.

On Friday, a Euro Summit will take place in an extended format. This means that EU Member States outside the euro area are welcome. The heads of state and government will discuss the banking union and the capital markets union during the Summit. The three ECB Economy Scenarios for the next day of Pandemic

To help repair the economic and social damage caused by the coronavirus pandemic, the European Commission, the European Parliament and EU leaders have agreed on a recovery plan. This plan will lead the way out of the crisis and lay the foundations for a modern and more sustainable Europe.

The largest stimulus package ever

The EU’s long-term budget, coupled with the NextGenerationEU initiative, which is a temporary instrument designed to boost the recovery, will be the largest stimulus package ever financed through the EU budget. A total of €1.8 trillion will help rebuild a post-COVID-19 Europe. It will be a greener, more digital and more resilient Europe.

The new long-term budget will increase flexibility mechanisms to guarantee it has the capacity to address unforeseen needs. It is a budget fit not only for today’s realities but also for tomorrow’s uncertainties.

On 10 November 2020, an agreement was reached between the European Parliament and EU countries in the Council on the next long-term EU budget and NextGenerationEU. This agreement will reinforce specific programmes under the long-term budget for 2021-2027 by a total of €15 billion.

Europe aims to be the first climate-neutral continent by becoming a modern, resource-efficient economy.

A Europe fit for the digital age

The EU’s digital strategy will empower people with a new generation of technologies.

An economy that works for people

The EU must create a more attractive investment environment, and growth that creates quality jobs. The EU will especially focus on young people and small businesses.

A stronger Europe in the world

The EU will strengthen its voice in the world by championing multilateralism and a rules-based global order.

Europe must protect the rule of law if it is to stand up for justice and the EU’s core values.

A new push for European democracy

We need to give Europeans a bigger say and protect our democracy from external interference. The big threats are disinformation and online hate messages.