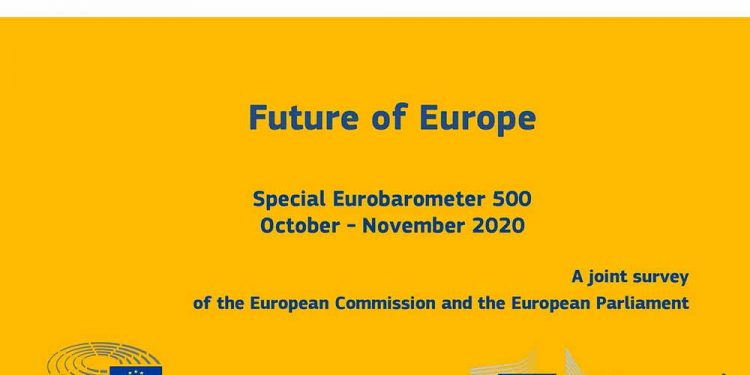 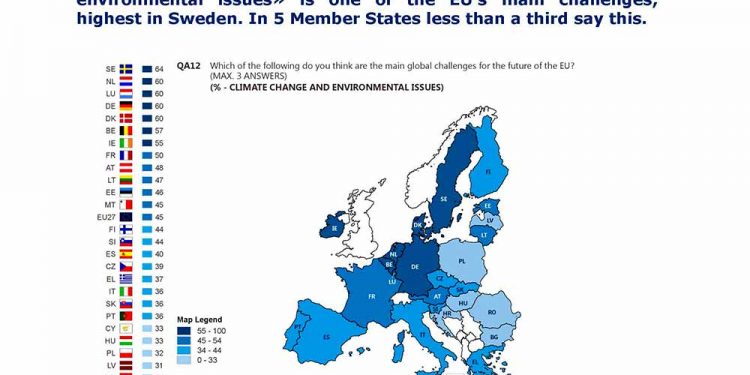 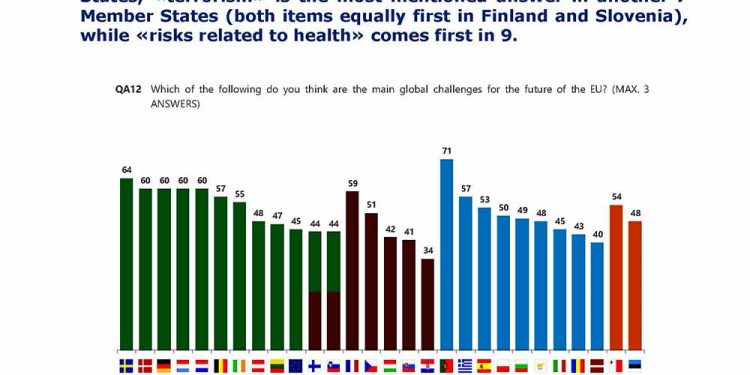 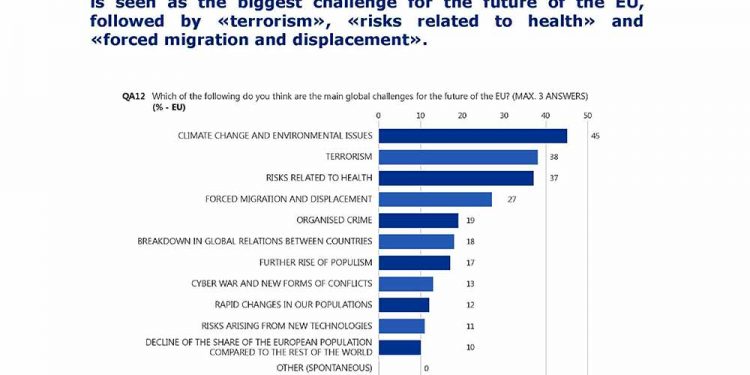 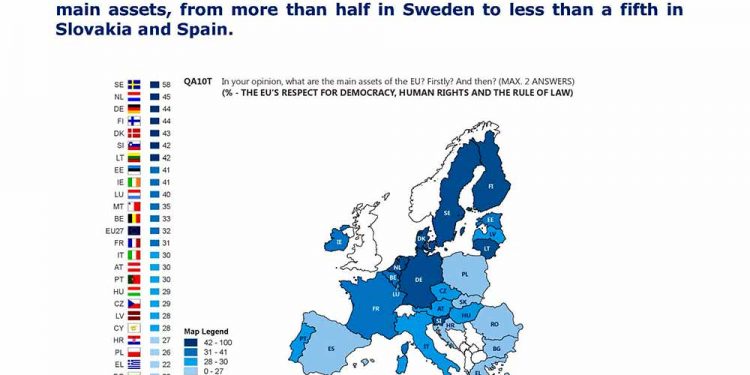 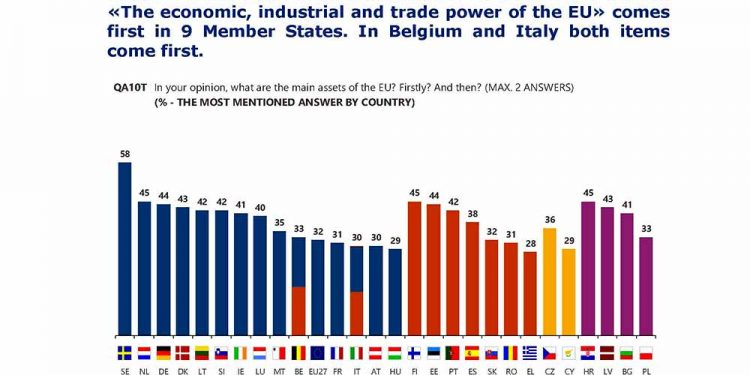 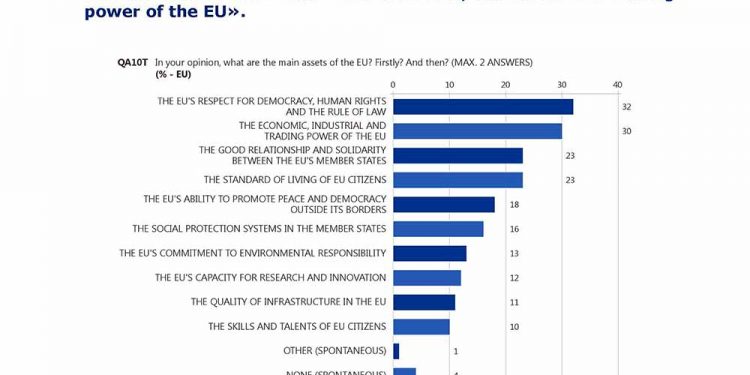 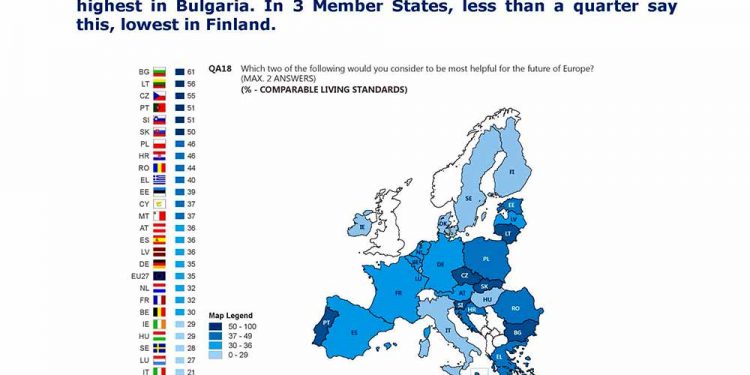 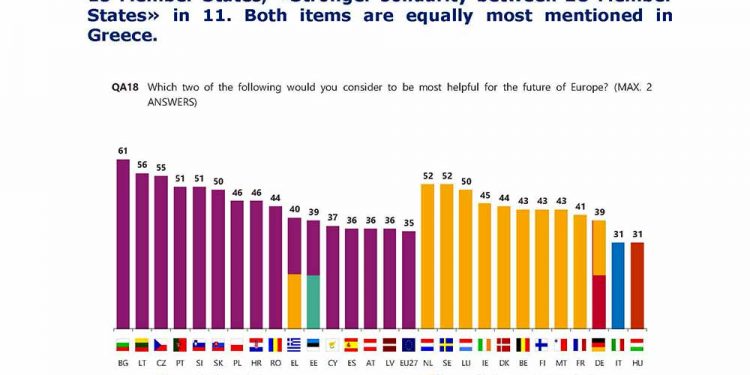 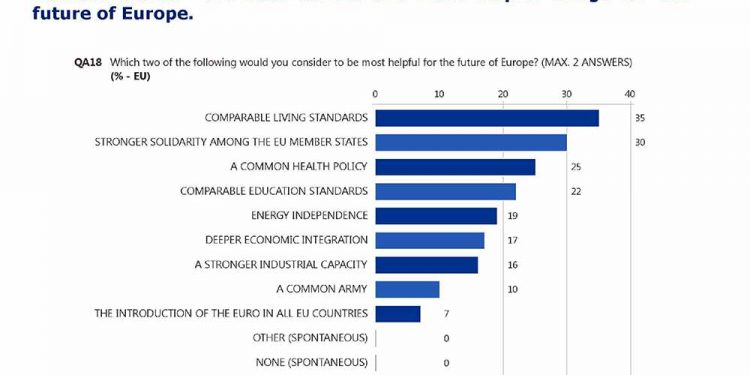 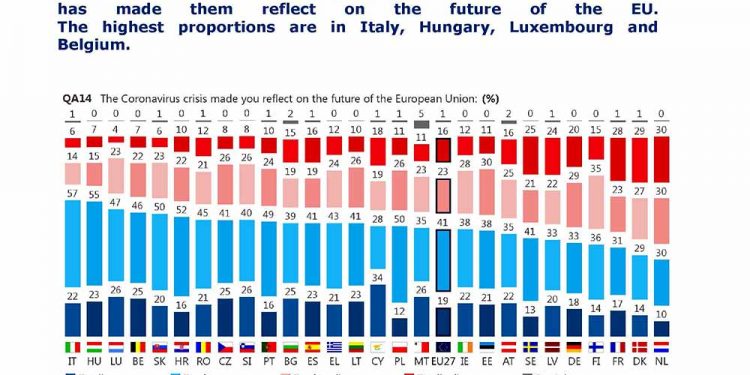 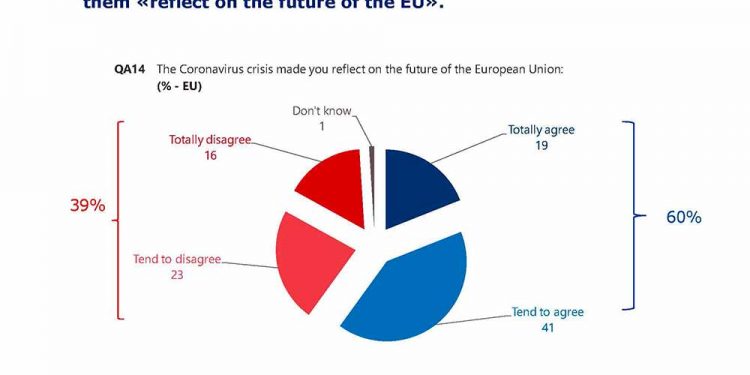 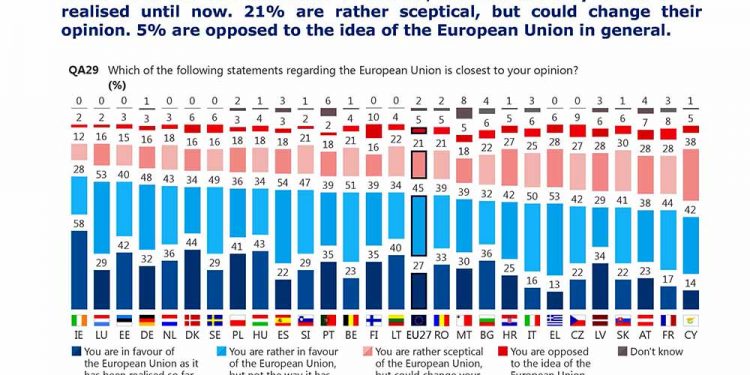 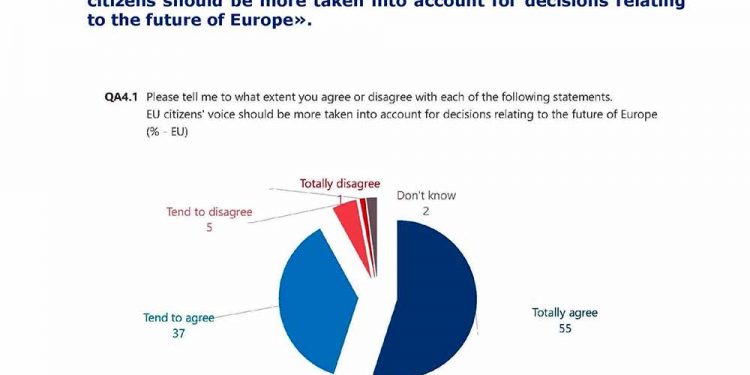 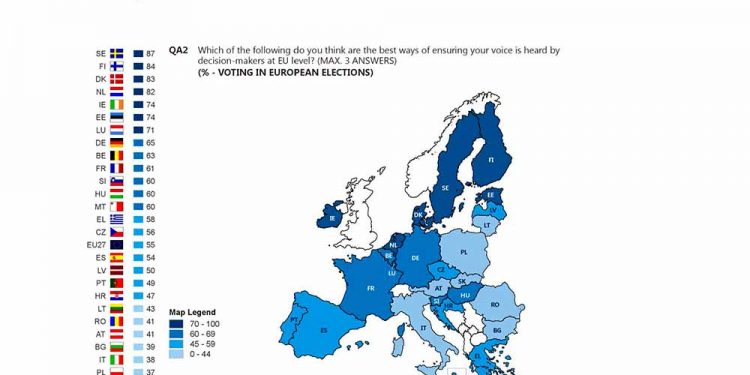 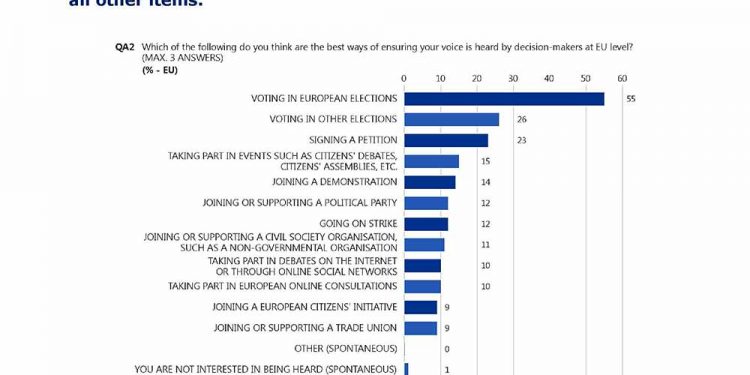 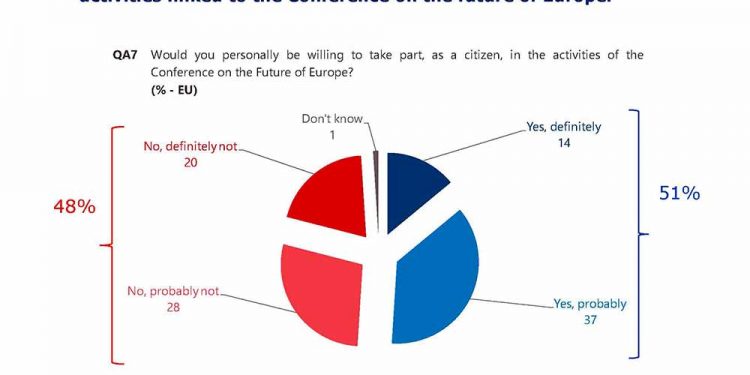 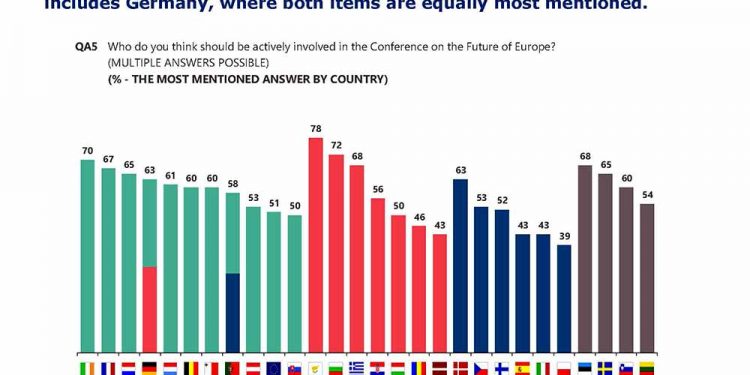 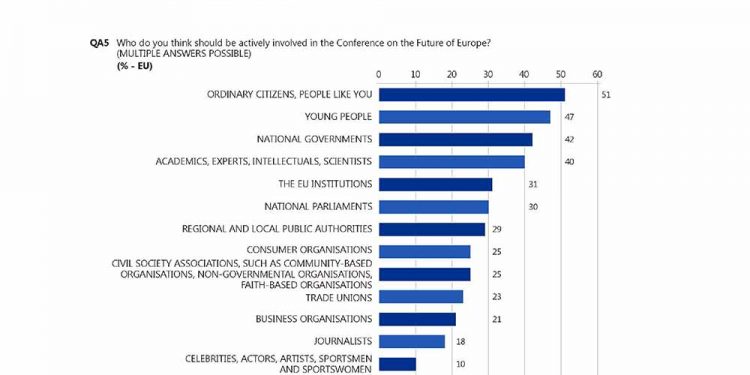 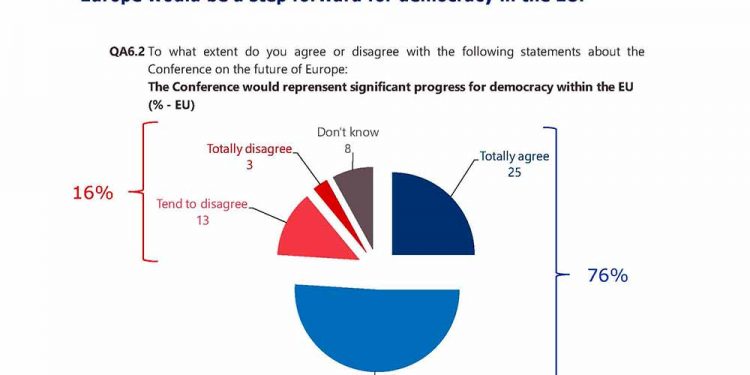 The survey, released ahead of the signing of the Joint Declaration on the Conference on the Future of Europe, reveals that the vast majority (92%) across all Member States demand that citizens’ voices are ‘taken more into account in decisions relating to the future of Europe’.

Joint Declaration on the Conference on the Future of Europe

The Conference on the Future of Europe aims to do precisely that: It will create a new public forum for an open, inclusive, transparent and structured debate with Europeans around the issues that matter to them and affect their everyday lives.

Three-quarters of Europeans consider that the Conference on the Future of Europe will have a positive impact on democracy within the EU: 76% agree that it represents significant progress for democracy within the EU (25% ‘totally agree’ and 51% ‘tend to agree’), with a clear majority supporting this view in every EU Member State.

Respondents thought that people from all walks of life should be actively involved (51%); with 47% saying young people should have an important role; as well as national governments (42%) and academics, experts, intellectuals and scientists (40%).

Just over half of Europeans (51%) would like to get involved themselves, with Irish respondents being the most enthusiastic (81%) followed by Belgians (64%), Luxembourgers (63%) and Slovenians (63%).

While voting in European elections is clearly regarded (by 55% of respondents) as the most effective way of ensuring voices are heard by decision-makers at EU level, there is very strong support for EU citizens having a greater say in decisions relating to the future of Europe. Of the 92% believing that EU citizens’ voices should be taken more into account, 55% ‘totally agree’, 37% ‘tend to agree’. Only 6% disagree with the statement.

Six in ten Europeans agree that the Coronavirus crisis has made them reflect on the future of the European Union (19% ‘totally agree’ and 41% ‘tend to agree’) while 39% disagree with this (23% ‘tend to disagree’ and 16% ‘totally disagree’).

Respondents were asked to choose developments they wanted to see for the future of Europe: Having comparable living standards (35%) and stronger solidarity among Member States (30%) are the two developments most cited. Europeans also prioritise the development of a common health policy (25%) and comparable education standards (22%).

Climate change is clearly regarded as the main global challenge affecting the future of the EU, with 45% of Europeans selecting this as the main challenge. The second and third most mentioned issues, cited by similar proportions of Europeans, are terrorism (38%) and health-related risks (37%). Forced migration and displacement is the fourth most mentioned challenge, by just over a quarter of Europeans (27%).

Special Eurobarometer survey on the Future of Europe

This Special Eurobarometer survey n° 500 “Future of Europe” (EB94.1) was carried out between 22 October and 20 November 2020 in the 27 EU Member States and was commissioned jointly by the European Commission and the European Parliament. The survey was conducted face-to-face and completed with online interviews where necessary as a result of the pandemic. Some 27,034 interviews were conducted in total.