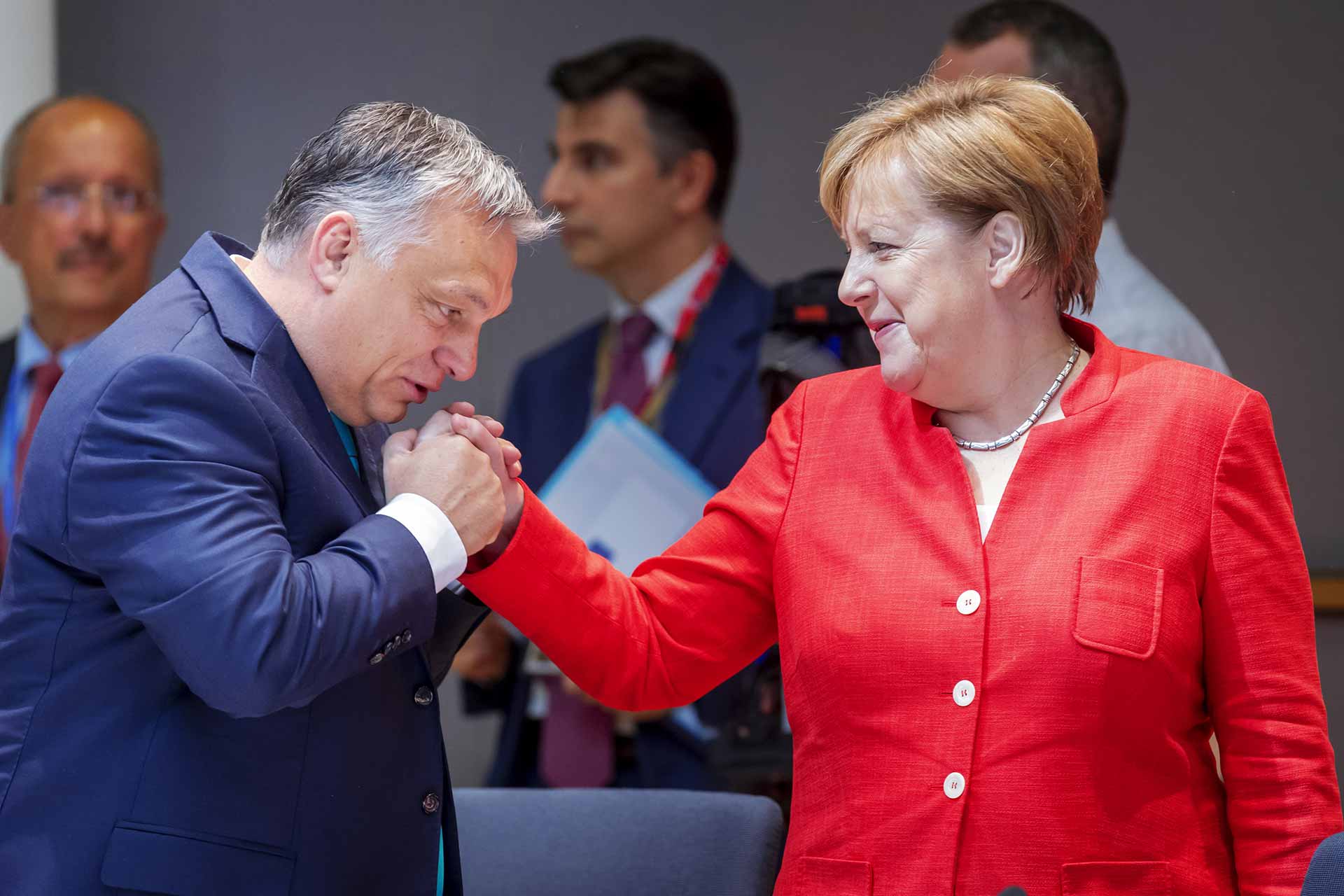 President Michel said the decision on the next MFF had been taken in July but not Hungary and Poland declared VETO. He mentioned that it was now a question of implementing what had been agreed. European Council President Charles Michel said that he will join Angela Merkel in looking for solutions. He will prepare negotiations with all the parties involved before next month’s EU Summit.

“The European Union’s magic is its ability to find solutions even when one believes it’s impossible,” Charles Michel said.

“On the mechanism on conditionality, the vast majority of members states agree with the compromise on the table and some member states have indicated that they are not able to support the majority. We will continue the discussions to find an acceptable solution to all.”

Chancellor Merkel updated the leaders on the state of play of the discussion following the last trilogue with the European Parliament.

“We have a duty to try and find a way,” Angela Merkel said. German Chancellor added “We are still very much at the beginning.”

President of the European Commission Ursula von der Leyen also said that the European Union needed to implement what was decided in July. EU Chief said: “We are now working with the rotating Presidency, who is leading the efforts to find a solution. We all know that millions of European businesses and citizens are waiting for the answer in the midst of this unprecedented crisis. And the strength of our Union has always been to overcome difficult situations by engaging with each other. So we continue to work hard to reach an agreement soon.”

Meeting via video conference on 19 November, EU leaders agreed to further strengthen coordination against the COVID-19 pandemic. They focused in particular on mutual recognition of tests, vaccine deployment and a common approach to lifting restrictive measures. The long-term EU budget and fight against terrorism were also raised during the meeting.

EU leaders discussed how to develop a common EU approach for the use of rapid antigen tests, which are complementary to PCR testing. Leaders stressed the need to work towards mutual recognition of tests and their results. They also talked about national testing strategies and exchanged best practices.

“It is in the interest of everyone that we move quickly on this. People’s jobs depend on this,” European Commission Vice President Frans Timmermans said. “Our economic recovery depends on this. All that is being asked of member states is to respect the treaties they have signed and ratified. That’s it.”

Meeting physically at a special summit in Brussels, on 21 July EU leaders agreed on an overall budget of €1824.3 billion. Combining the Multiannual Financial Framework (€1074.3 billion) and an extraordinary recovery effort known as the Next Generation EU (€750 billion), the package will help the EU to rebuild after the COVID-19 pandemic and will support investment in the green and digital transitions.

The German presidency of the Council reached a political agreement with the European Parliament’s negotiators in talks aimed at securing the Parliament’s consent to the next multiannual financial framework, the EU’s long-term budget.

The agreement complements the financial package of €1 824.3 billion negotiated by EU leaders in July, which combines the next multiannual financial framework – €1 074.3 billion – and a €750 billion temporary recovery instrument, Next Generation EU (in 2018 prices).

The package agreed with the Parliament includes:

The German presidency of the Council and the European Parliament’s negotiators reached a provisional agreement on a new general regime of conditionality to protect the EU budget. The conditionality regime allows to protect the EU budget where it is established that breaches of the principles of the rule of law in a member state affect or seriously risk affecting the sound financial management of the EU budget or the protection of the financial interests of the EU in a sufficiently direct way. It covers all EU funds, including resources through the Next Generation EU recovery instrument.

Under this EU budget conditionality, Hungary and Poland reject package over attempts to link funding to respect for rule of law. are blackmailing the European Union. Viktor Orbán has informed EU leaders that the Hungarian government will veto legislation related to the EUʼs MFF 2021-2027 budget and the recovery fund. Hungary and Poland VETO blocked EU budget for Rule of Law link.

On Thursday Slovenia has entered the fray. Prime Minister Janez Jansa said other EU leaders should remember the post-COVID-19 recovery package they agreed upon at their marathon four-day summit in July.

“The EU today is a convoy of ships sailing on rough seas,” Slovenian PM wrote.

Neglecting our historical agreement is like quarreling over a menu on a ship sailing towards an iceberg.

This budget is not just money. It’s also rules.

European Union leaders made no progress. European Council President, Charles Michel promised negotiations. On the other hand “this budget is not just money. It’s also rules.” Věra Jourová has said last week. EU budget was coming with €1.8 trillion long-term MFF Deal, until Hungary and Poland vetoed it this week. The dispute risks delaying the delivery of EU funds and the Pandemic Recovery package.