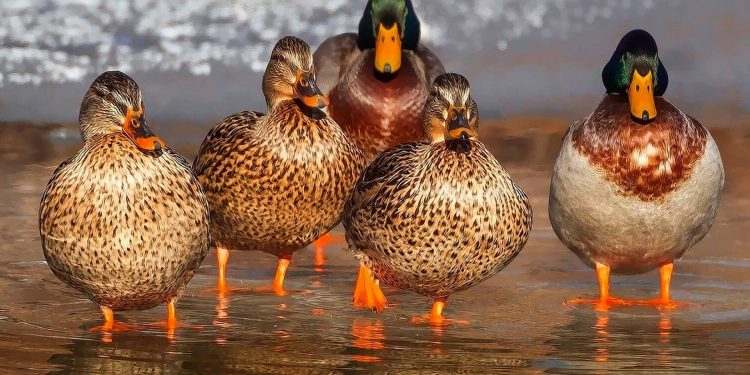 On the day of the inauguration of American president Joe Biden, two ducks named “Joe” and “Kamala” took flight from a remote wetland near Negril, Jamaica. And, like their namesakes, the fowl will be the focus of international attention.

That’s because Joe and Kamala are West Indian whistling ducks, the rarest duck species in the Americas, with fewer than 20,000 remaining, found only in the northern Caribbean. Conservationists released the pair, which were outfitted with GPS trackers, into the wild on 20 January, kicking off a study to learn more about their species and, researchers hope, ensure their survival.

One million species at risk of extinction

With one million species are at risk of extinction, biodiversity is a key priority of the UN Environment Programme (UNEP).  Ecosystems are fundamental to human health and prosperity, availing food and water, regulating temperature, stimulating economic growth, putting roofs over heads and clothing on backs. As ecosystems degrade, so do human lives.

As the world faces the stark reality that none of the Aichi targets were met and prepares for a new, ambitious post-2020 framework, the issue is more urgent than ever.  In fact, biodiversity loss and ecosystem collapse are ranked among the top five threats to humanity in the coming decade.

Whistling ducks’ long-term survival has been threatened by the destruction of their wetland habitats, as well as climate change, pollution, poaching and predators. Little is known about the large waterbird that is between the size of a large duck and a goose, has a long neck, and is mostly brown in colour, but may have black-and-white patches on its neck and flanks. The duck’s characteristic features is its distinctive whistling call.

“We are thrilled with the launch of this exciting project,” said Lisa Sorenson, the Executive Director of BirdsCaribbean. “I expect it will lead to major improvements in our knowledge of the ducks’ movements and habitat use.”

The trackers attached to Joe and Kamala  are expected to plot their positions every hour to within a few metres and will help the scientists to know about the species, their migration patterns, nesting sites, feeding zones and roosting locales. Researchers are aiming to use the information gathered through the initiative to plan for the species’ recovery.

Led by UNEP with the backing of the Global Environment Facility, IWEco is helping 10 Caribbean countries manage their water and land resources while safeguarding biodiversity. A key part of the project has been the protection and monitoring of endemic species, like West Indian whistling ducks.

As one of the three founding Global Environment Facility partners, UNEP has been working on conservation projects supported by the facility for almost 30 years.

“Together, UNEP and the Global Environment Facility have successfully worked to address global transboundary issues since 1992, and we look forward to further strengthening and implementing actions for nature,” said Sinikinesh Beyene Jimma head of UNEP’s GEF International Waters Unit.

And while biodiversity targets have not been met, evidence indicates that efforts have produced results. Where action was taken, habitat loss was controlled and decades of degradation were reversed.