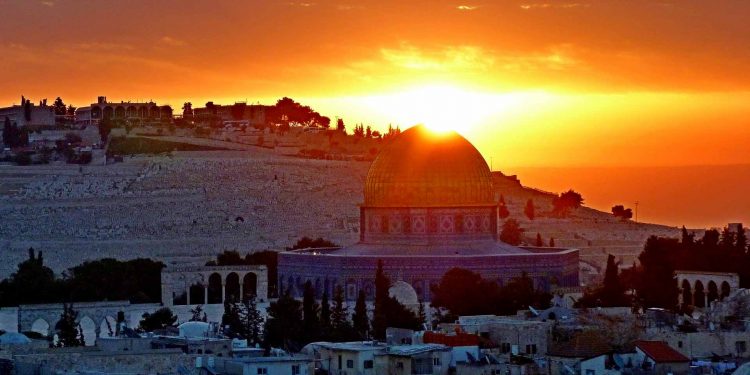 The UN warns that the situation in Israel is “escalating towards a full-scale war”, amid continuing air strikes and rocket attacks. Also HRVP Josep Borrell calls for de-escalation because tensions and violence in the occupied West Bank, particularly in East Jerusalem, have dangerously risen, over the past days.

The situation with regard to the evictions of Palestinian families in Sheikh Jarrah and other areas of East Jerusalem is also of serious concern. Such actions are illegal under international humanitarian law and only serve to fuel tensions on the ground. Political, religious and community leaders on all sides should show restraint and responsibility and make every effort to calm down this volatile situation. The UN Special Coordinator for the Middle East Peace Process added his voice to calls for calm in the Occupied Palestinian Territory late on Tuesday.

“Stop the fire immediately. We’re escalating towards a full scale war”, Tor Wennesland said in a post on Twitter.

According the UN Office for the Coordination of Humanitarian Affairs (OCHA), as of 5 pm Tuesday (local time) at least 28 people, including 10 children, were reported to have been killed in Gaza in Israeli airstrikes, and two women were killed in Israel as a result of rockets fired from Gaza. Many more are said to be injured on both sides.

Mr. Wennesland stressed that the “cost of war in Gaza is devastating and is being paid by ordinary people”.

Leaders on all sides have to take the responsibility of deescalation … stop the violence now.

UNRWA, the UN agency that assists Palestinian refugees across the Middle East, expressed “profound concern” over the impact of the military escalation on children and called on parties to exercise maximum restraint.

“Our hearts go out to their families and friends in communities that have been so cruelly affected by this latest escalation”, UNRWA said in a statement.

“Children are and must be protected under International Law and those responsible for breaching their obligations must be held fully accountable on the basis of clear evidence”, it added, reiterating its appeal to all parties “to exercise maximum restraint and comply with their obligations under International Law in the strictest terms, including with regard to protecting the inherent right to life of children”.

OCHA also highlighted that current escalation in the region risks worsening “an already poor humanitarian situation”, especially in Gaza, where the struggling health sector is further burdened by the COVID-19 pandemic.

“Of immediate concern is the shutdown of Gaza’s sole power plant by the end of this week due to lack of fuel, with negative consequences for the provision of vital services”, it said.

OCHA added that the humanitarian community, including UN agencies and the NGO partners, are continuing to deliver assistance to those in need, with the protection of civilians of paramount importance.

Josep Borrell on the rise in Israel-Palestine tensions and violence

The EU is dismayed at the large numbers of civilian deaths and injuries, including children. The priority must be to protect civilians. All efforts should be directed at avoiding civilian casualties, and supporting de-escalation.

The indiscriminate launching of rockets from Hamas and other groups towards Israeli civilians is unacceptable.

While recognising Israel’s legitimate need to protect its civilian population, this response needs to be proportionate and with maximum restraint in the use of force.

The EU calls for an immediate end to the ongoing violence. Everything must be done to prevent a broader conflict, which will, first and foremost, affect the civilian populations on both sides. In Jerusalem, the status quo at the holy sites must be respected and freedom of worship guaranteed.

I am in contact with the relevant parties in the region and with the international community, including through the Middle East Quartet, to de-escalate the situation as a matter of priority and to support efforts aimed at ending further violence.