The future of European values 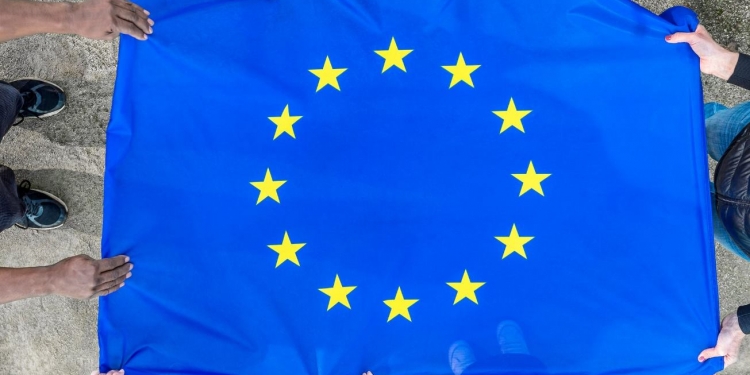 So like Odysseus, we can be proud of all we’ve achieved, in a decade of unexpected challenges and dangers.

But when Odysseus returned from his voyage, he discovered his wife besieged by suitors, spending each night unpicking the tapestry she’d vowed to finish before she would marry any of them. And instead of the welcome he hoped for, Odysseus discovered that he had one more challenge to meet.

In the past decade, Europe’s values – cooperation and solidarity, fairness and democracy – have helped our societies to tackle huge challenges – and in that time, those values have been reaffirmed, as each EU country has democratically ratified the Lisbon Treaty. And yet, at the same time, forces that don’t respect those values have gained support in some parts of Europe. We’ve even found ourselves taking steps to deal with EU countries that have not been respecting basic values like the rule of law.

So the moment has come for us to make a decision.

In less than eight months, the people of Europe will elect the next European Parliament. Each strand of our politics – left and right, liberal and green, Christian Democrats and social democrats – will argue for their vision of Europe’s future.

But there’s a more fundamental choice in this election – a choice over whether to reaffirm Europe’s values, or to weaken them.

How our values protect Europeans

When our Union was founded, sixty years ago, its founders didn’t need to be told that those values were important. They’d seen how people’s lives could be crushed when power was freed from any restraint, from courts or parliaments or press – even when that power claimed to act in the people’s name. They’d seen how people without individual rights ended up living in constant fear. And so they carved those values into the foundations of Europe – making them not just a political choice, but a binding legal agreement, set out in our Treaties.

And those values are still our best guarantee of a life that’s safe and secure.

Because it isn’t the powerful, the rich, the well-connected, who depend on those values and rights to keep them safe. Those rights are there to protect the rest of us. To make sure we can defend ourselves, if we’re accused of a crime. To make sure our laws, and employers, and education systems give us a chance to develop our talents – and don’t shut us out because of our gender or sexuality or ethnicity.

That’s why, for instance, competition rules have been part of our Treaty since the day it was signed. Because they make our economy work fairly for everyone. They mean that consumers have the power to demand a fair deal. And they mean that businesses of all sizes and all nationalities have a fair chance to compete in our economy, without facing rivals that are propped up with illegal state aid.

A democratic debate based on values

So all of us – whatever our political family – need to stand together in support of our European values. And all of us have reason to hope that in the elections in May, European voters will come out to show their support for those values.

But that doesn’t mean shutting down political debate. Quite the opposite. It’s only when we agree on our values that we have a solid framework for our debates.

You can’t expect anyone to engage in debate with an opponent who doesn’t respect their basic rights. Real, open discussion depends on committing to respect individual freedoms and lives. And as long as we do that, no subject should be off the table.

We can’t compromise, for example, when it comes to the right to equality before the law. But that still leaves room for us to debate exactly how we should deal with the growing inequality of wealth in our societies.

And as long as we all commit to the same basic values, there’s no reason to shut any voices out of the debate.

It can be uncomfortable to deal with populist parties – parties that don’t trust the established leaders of society, that call for new and radical solutions. But as long as populist leaders play by the rules of the game – as long as they’re committed to values like democracy and human rights – the views that they have are every bit as valid as any others. And we need to engage with those views, not deny them a hearing.

We need to listen to the worries that Europeans have. And we need to take responsibility for offering solutions. Not just solutions to the things we think people should worry about. But answers to the problems that really keep people awake at night.

The voyages that Odysseus took in the stories were difficult and long. His battles didn’t end even when he reached home. But finally, at the end of the Odyssey, peace returns to Ithaca.

We don’t have that luxury. The last ten years have made huge demands of our societies. We’ve been through the fire – and we’ve emerged from it stronger.

But this is no time to relax. The challenges aren’t over. And the decade to come will ask just as much from us all.

We have what it takes to meet those challenges. We’ve faced bigger problems in the past, and overcome them, and made Europe the best place to live in history. But that’s only happened because of our values – our democracy and solidarity, our individual rights and our openness to cooperation.

So our first job is to fight for those values. Not just by telling people that a Europe of values is the best protection they and their children can have. It means showing them. It means listening to the worries that keep Europeans awake at night. And it means going into those elections offering real solutions, that can make those people’s lives better.