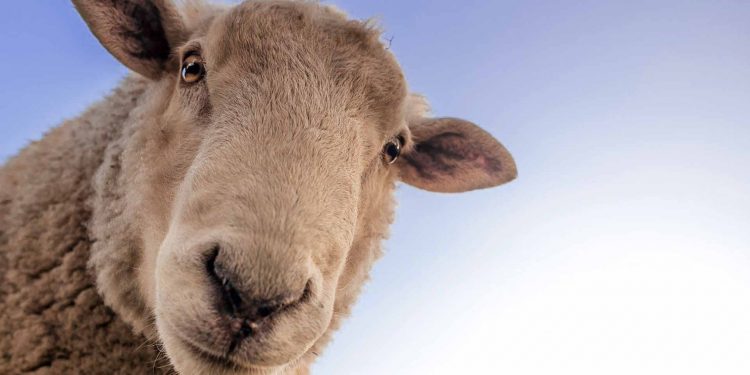 MEPs back “End the Cage Age” European Citizens’ Initiative in Brussels and ask farmers to gradually end caged farming in Europe by 2027. The use of cages in animal farming could be phased out by 2027, after an impact assessment and a properly funded transition, the Agriculture Committee said in Brussels.

In their response to the European Citizens’ Initiative (ECI) “End the Cage Age”, MEPs called on the European Commission to come up with a draft EU law on fair and sustainable farming and to propose a revision of existing EU rules on the protection of animals kept for farming purposes. These legal changes should pave the way to phasing out the use of cages in EU animal farming, after an appropriate transition period and a solid, scientific impact assessment, possibly by 2027, they say.

Alternatives to cage farming exist and are being successfully implemented in a number of member states, MEPs say. These alternative systems should be further improved and encouraged at national level, but to ensure a level-playing field for farmers across the European Union, EU legislation is needed, they add.

The gradual end of caged farming should be based on a species-by-species approach that would take into account the characteristics of different animals and ensure that they all have housing systems that suit their specific needs, MEPs say. They insist on ensuring sufficient time to make the transition and proper support, including adequate advisory and training services, incentives and financial programmes for farmers and livestock breeders before making any legislative changes. This would avoid farmers losing their competitive edge and EU production being consequently relocated abroad, where animal welfare standards are lower than in the EU.

MEPs also call for a more comprehensive food policy to support the shift towards a more sustainable food system that should focus not only on environmental, but also on economic and social dimensions. Such a policy should prevent small and medium-sized farms from abandoning livestock production and stop production being further concentrated in the hands of a few large farms, they say.

Same standards for all imported products

A fair trade policy that ensures a level playing field is a precondition for higher European standards, the Agriculture Committee says. The Commission and member states should therefore focus more on putting effective controls and customs checks in place to ensure that imported agri-food products meet EU animal welfare standards, it adds.

MEPs want all animal products imported into the EU to be produced in full compliance with the relevant EU legislation, including the use of cage-free farming systems and insist that existing trade deals should be re-evaluated to ensure that the same animal welfare and product quality standards are met. They also call on the Commission to promote animal welfare internationally.

Will farmers receive income support to End the Cage Age?

The European Union provides farmers with income support or “direct payments” to:

Farmers generally receive income support based on their farm’s size in hectares. All EU countries have to offer a basic payment, a payment for sustainable farming methods (“greening”) and a payment for young farmers. As it is compulsory for EU countries to provide these payments, they are often referred to as obligatory payments.

Young farmers need strategy and support. Not only money

Additionally, EU countries can choose to offer other payments that focus on specific sectors or types of farming. There are specific schemes designed to help small and medium sized farms, young farmers, farmers who operate in areas of natural constraint and/or sectors undergoing difficulties.

The EU links the majority of income support for farmers to:

Can the Farm to Fork strategy help young farmers?

Farming is a risky – and often costly – business. Agriculture is more dependent on the weather and climate than other sectors. There is an inevitable time gap between consumer demand and farmers being able to increase supply as growing more wheat or producing more milk takes time and investment.

EU farmers are under pressure from the increasing global trade in food products and trade liberalisation. Developments on global markets increase competition, but also create new opportunities for the European agri-food sector. Additionally, globalisation and fluctuations in supply and demand have made agricultural market prices more volatile in recent years, adding to farmers’ concerns.

These business uncertainties in agriculture justify the important role the public sector plays in ensuring a safety net for farmers’ income.

MEPs back EU Citizens’ Initiative in the Agriculture Committee

The draft resolution, approved in the Agriculture Committee by 39 votes in favour to four against, with three abstentions, will now have to be scrutinised by the Parliament as a whole, probably during the 7-10 June plenary session.

Is it good for European farmers?

The European Citizens’ Initiative allows one million citizens from at least a quarter of EU member states to ask the European Commission to propose legislation in areas that fall within its competence. The EU invites organisers of successful initiatives to present their initiative at a public hearing in the European Parliament, to the committee responsible for the subject matter.

During the public hearing on the European Citizens’ Initiative (ECI) “End the Cage Age” on 15 April, MEPs highlighted the importance of listening and acting on citizens’ concerns on animal welfare. However, many insisted that any potential phase-out of caged farming requires proper financial support, incentives and an adequate transition period. They called for strict and efficient measures to avoid imports of cheaper products with lower animal welfare standards from non-EU countries. Some also called for a proper impact assessment and insisted on EU legislative action.

The “End the Cage Age” ECI was registered with the EU Commission on 5 September 2018. By the time of submission, the initiative had gathered support from almost 1.4 million signatories from across the EU, with the required threshold for signatures met in 18 member states.

The initiative calls on the Commission to “end (…) inhumane treatment” of “hundreds of millions of EU farm animals (…) kept in cages for most of their lives”, and for an EU law to ban the use of: cages for laying hens, rabbits, pullets, broiler breeders, layer breeders, quail, ducks and geese; farrowing crates for sows; sow stalls, where not already prohibited; and individual calf pens, where not already prohibited.