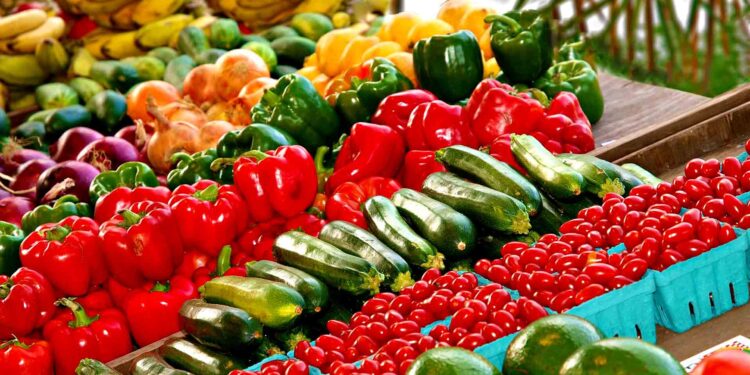 Global food commodity prices rose in March, marking their tenth consecutive monthly increase, with quotations for vegetable oils and dairy products leading the rise, the Food and Agriculture Organization of the United Nations (FAO) reported on Thursday. The FAO Food Price Index, which tracks monthly changes in the international prices of commonly-traded food commodities, averaged 118.5 points in March, 2.1 percent higher than in February and reaching its highest level since June 2014.

Trends varied by commodity types. The March increase was led by the FAO Vegetable Oil Price Index, which rose 8.0 percent from the previous month to hit a nearly 10-year high, with soy oil prices rising sharply due in part to the prospects of firm demand from the biodiesel sector.

The FAO Dairy Price Index increased 3.9 percent from February, with butter prices buoyed by somewhat tight supplies in Europe associated with increased demand in anticipation of a food-service sector recovery. Milk powder prices also rose, supported by a surge in imports in Asia, particularly China, due to declining production in Oceania and scarce shipping container availability in Europe and North America.

By contrast, the FAO Cereal Price Index dropped by 1.8 percent, but it is still 26.5 percent higher than in March 2020. Wheat export prices declined the most, reflecting generally good supplies and favourable production prospects for 2021 crops. Maize and rice prices also declined, while those for sorghum rose. The FAO Sugar Price Index declined 4.0 percent in the month, triggered by prospects of large exports from India, but it remained more than 30 percent above its year-earlier level.

Global Food Prices refer to the average price of particular food commodities globally and across countries. The price of goods not only provide an important indicator of the balance between agricultural production and market demand, but also have strong impacts on food affordability and income. Food prices not only influence consumer affordability, but also influence the income of farmers and producers.

Hunger is still one the biggest – and most solvable – problems in the world. We have already made incredible progress: there are 300 million fewer hungry people now than in the 90’s. It is possible to end hunger. WFP is working for that every second of the day, feeding over 95 million people in urgent need and implementing programmes that tackle the causes of hunger.

The dataset contains Global Food Prices data from the World Food Programme covering foods such as maize, rice, beans, fish, and sugar for 76 countries and some 1,500 markets. It is updated weekly but contains to a large extent monthly data. The data goes back as far as 1992 for a few countries, although many countries started reporting from 2003 or thereafter.

The FAO Food Price Index (FFPI) is a measure of the monthly change in international prices of a basket of food commodities. It consists of the average of five commodity group price indices weighted by the average export shares of each of the groups over 2014-2016.

FAO expects world cereal production in 2021 to increase for the third consecutive year and has raised its preliminary global wheat production forecast on better than-earlier-anticipated crop conditions in several countries. Global wheat production is forecast to reach a new high of 785 million tonnes in 2021, up 1.4 percent from 2020, driven by a likely sharp rebound across most of Europe and expectations of a record harvest in India.

Above-average outputs are also expected for maize, with a record harvest anticipated in Brazil and a multi-year high in South Africa, according to FAO’s Cereal Supply and Demand Brief. For the current 2020/21 marketing season, global cereal utilization is now forecast at 2 777 million tonnes, 2.4 percent higher than the previous year, driven largely by higher estimates of feed use of wheat and barley in China, where the livestock sector is recovering from African swine fever.

World cereal stocks at the end of 2021 are forecast to decline by 1.7 percent from their opening levels to 808 million tonnes. Combined with the utilization forecasts, the global cereal stock-to-use ratio for 2020/21 is foreseen to dip to a seven-year low of 28.4 percent. FAO also raised its forecast for world trade in cereals during 2020/21 to 466 million tonnes, a 5.8 percent increase from the previous year, driven by even faster trade in coarse grains linked to unprecedented levels of maize purchases by China. Also for rice, international trade is forecast to expand by 6 percent year-on-year.