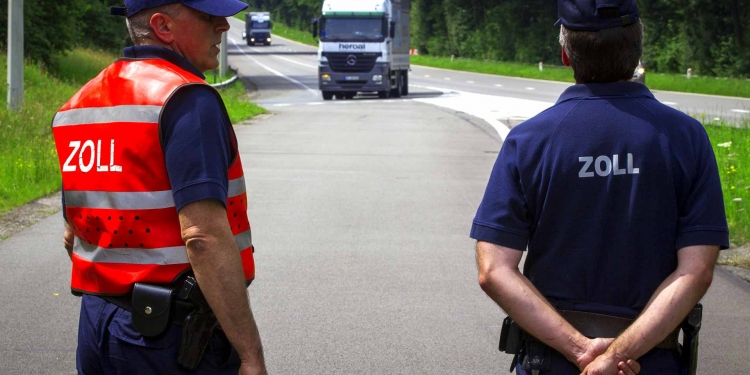 Customs controls stopped Fake goods with a retail value of over €760 million at the EU’s external borders in 2019, according to a new report published by the European Commission. While this figure represents a €20 million increase in value compared to 2018, the number of detentions increased by over 30% in the same period. This annual report gives an overview of the work carried out by EU customs controls officials – responsible for the enforcement of intellectual property rights (IPR) – at the EU’s external borders.

Overall in 2019, Member State customs controls authorities made over 90,000 seizures of goods that infringed on intellectual property rights, consisting of almost 41 million individual items (an increase of 53 % compared to the previous year).

Innovation and Creativity in Customs Controls

Innovation and creativity are the engines of our economy and IPR holders must have certainty that their inventions and brands will be protected. The competitiveness of European businesses also depends on this certainty. At the same time, counterfeit products pose a threat to the safety and security of EU consumers. EU customs controls authorities perform an integral and unique role in enforcing these standards at our external borders.

Paolo Gentiloni, Commissioner for the Economy, said: “Fake goods not only affect legitimate businesses, but are also a threat to the health, safety and security of our citizens and consumers. The European Commission remains committed to fight this illegal activity and supports Member States in their efforts to bar the entry of counterfeit products into our Single Market.”

The report highlights that the main categories of seized goods – cigarettes (21.3%) and packaging material (13.6%) – have been joined this year by counterfeit matches (20%), while toys (9.6%) and clothing (3.9%) account for the large majority of remaining counterfeit products imported into the EU. In terms of detention procedures, the top categories are clothing and sports shoes while perfumes and cosmetics come in third place this year. In 85% of customs controls seizures, the goods were eventually destroyed.

As regards the origin of these counterfeit goods, China is the main source country in terms of number (33%) and value (56%) of goods seized. As in former years, Turkey and Hong Kong remain in the top seven in both terms. Pakistan (for matches) and Moldova (for packaging material for cigarettes) were the top in terms of number of articles, and Morocco (for watches), Senegal (for clothing) and Serbia (for hookah tobacco) in terms of value.

Courier and postal traffic together accounted for 85 % of all detention cases. Individual items detained in the categories of postal traffic were mainly consumer articles ordered via e-commerce, for example shoes, clothing and toys.

Counterfeit products for daily use that are potentially dangerous to the health and safety of consumers, such as food and beverages, body care articles, medicines, electrical household goods and toys remain a problem, accounting for 15.6% of the total amount of detained individual items.

The EU’s Customs Union has developed into a cornerstone of our Single Market, keeping EU borders safe and protecting our citizens from prohibited and dangerous goods such as weapons, drugs and counterfeit products. The Commission’s report on customs actions to enforce IPR has been issued annually since 2000 and is based on data transmitted by Member States’ customs controls administrations to the Commission.

The data provides valuable information, which supports the analysis of intellectual property rights infringements and helps other institutions such as the European Union Intellectual Property Office (EUIPO) and the OECD to map economic data and the most common routes for counterfeiters.

In 2018, the Commission put forward a new plan, subsequently adopted by the Council, to combat intellectual property right infringements covering the years 2018-2022. The Commission’s most recent Customs Action Plan will further develop the EU’s capabilities to support Member States in monitoring and taking action on this illegal activity. This year, the Commission also adopted an Action Plan designed to protect intellectual property rights and to fight counterfeiting and improve enforcement.

A complementary report published by the EUIPO Observatory contains an analysis of detentions within the EU internal market, and provides information on trends for that period.