The European Commission normally controls pharmaceutical companies for larger mergers that reach certain turnover thresholds. The Commission strives to align the timing of the investigations with other authorities worldwide whenever possible. It is cooperating actively with other agencies and has decided to extent the global controls.

The European Commission’s Directorate General for Competition together with the Federal Trade Commission (FTC), the Canadian Competition Bureau, the UK’s Competition and Markets Authority, the U.S. Department of Justice, and three Offices of Attorneys General launched a Multilateral working group to analyse the effects of mergers in the pharmaceutical sector. The working group was initiated by the FTC and is in line with close cooperation between national competition authorities.

Executive Vice-President Margrethe Vestager, in charge of competition policy, said: “An innovative and well-functioning pharmaceutical sector is essential for meeting the needs of our citizens. Over the past years the European Commission has taken new initiatives in scrutinising global pharmaceutical mergers to ensure effective competition in the sector. We have contributed to fair prices for vital medicines and we have protected the development of new, life saving drugs. I therefore warmly welcome this initiative, which brings together some of our closest partners worldwide to take stock of the lessons learned in recent years and explore new ways to foster vibrant competition to the benefit of citizens”.

VIDEO from inside the Pfizer vaccine factory in Puurs, Belgium

The number of mergers in the pharmaceutical sector has grown in recent years, and there is the need to scrutinise closely to detect those that could lead to higher drug prices, lower innovation or anticompetitive conduct. The joint project will build further on the expertise from the competition authorities as well as other stakeholders with relevant experience, to ensure the most effective enforcement in this crucial market.

The goal of the working group is to identify concrete and actionable steps to update the analysis of pharmaceutical mergers. It will bring enhanced scrutiny and more detailed analysis of these kinds of mergers in the future, for the benefit of consumers.

The legal basis for EU Merger Control is Council Regulation (EC) No 139/2004, the EU Merger Regulation. The regulation prohibits mergers and acquisitions which would significantly reduce competition in the Single Market, for example if they would create dominant companies that are likely to raise prices for consumers.

The Commission has the duty to assess mergers and acquisitions involving companies with a turnover above certain thresholds (see Article 1 of the Merger Regulation) and to prevent concentrations that would significantly impede effective competition in the EEA or any substantial part of it.

The vast majority of notified mergers do not pose competition problems and are cleared after a routine review. From the moment a transaction is notified, the Commission generally has a total of 25 working days to decide whether to grant approval (Phase I) or to start an in-depth investigation (Phase II). 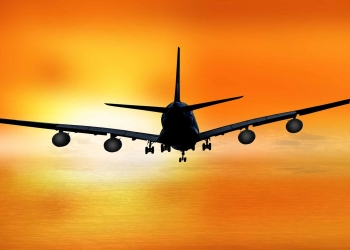