Will the GBP pound survive between euro and dollar? 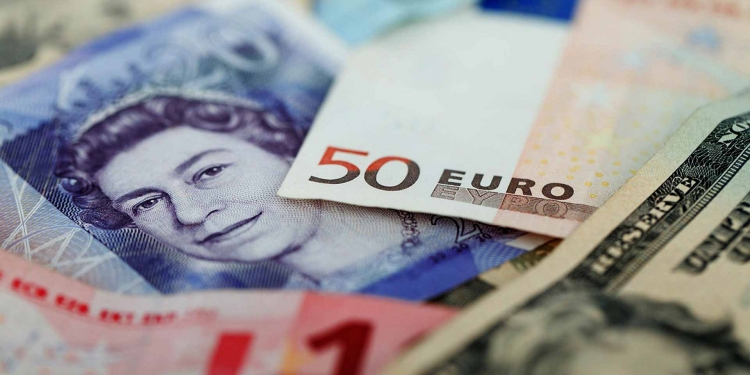 GBP pound exchange rate has changed vs the euro and dollar during the coronavirus outbreak. The pound is stronger against the US Dollar, but weaker against the Euro, as concerns over the virus shake the global economy.

GBP had some stability signs over recent days but weaker against the Euro and 0.90% higher against the U.S. Dollar. Morgan Stanley expects British Pound to extend a time-long decline against both currencies.

EU – UK Brexit talks have reached an impasse and Coronavirus crisis pushes for Brexit delay in face of an economic disaster. Under the Withdrawal Agreement, the UK has entered a transition period where it will continue to follow EU rules until 31 December 2020. During this transition period both sides say they hope to have agreed a trade deal but many experts on Brexit negotiations believe this deadline is unlikely to be met.

EU Chief negotiator Michel Barnier claims UK ‘doesn’t understand’. On the other side, UK chief negotiator David Frost hit back in a statement, claiming the EU were sticking to their ‘ideology’ and blocking progress.

We continue to hope that the UK will make its own texts public shortly so that we can share them with the Member States and the European Parliament.
Michel Barnier, EU BREXIT Chief Negotiator

GBP British Pound is once again feeling the pain of Brexit. Divorce deadline need new decision approaches and United Kingdom has to race against the clock. In an already-uncertain environment, brexit negotiations signaled that talks are not going well.

Trump’s blame game with China could widen the gap between dollar, euro, GBP and yuan. US – China trade war could raise a Currency War, analysts warn.

The euro was down around 0.5% against the dollar. Also the US dollar to yuan exchange rate has fallen 0.5%. China Yuan falls on U.S. criticism, blaming for the spread of the virus, originated in the city of Wuhan in central China. US President Donald Trump threatens new tariffs on Beijing as a retaliatory measure for the coronavirus.

Where is the anti-risk zone?

Global economy showed last week signs of weakness. Japan reported a fall in both consumer prices and factory activity, raising fears for a deflation trend. EUROSTAT in Brussels reported that Europe’s GDP had shrunk by 3.8% during the Jan-March 2020 quarter.

IMF’s latest World Economic Outlook praised the “swift and sizeable” response in countries like the UK, Germany, Japan and the US, it said no country would escape the downturn. The IMF described the global decline as the worst since the Great Depression of the 1930s. It said the pandemic had plunged the world into a “crisis like no other”. International Monetary Fund added that a prolonged outbreak would test the ability of governments to control the crisis.

The IMF predicts the UK economy will shrink by 6.5% in 2020, compared with the IMF’s January forecast for 1.4% GDP growth. Decline of this magnitude would be bigger than the 4.2% drop in output seen in the wake of the financial crisis. But Kristalina Georgieva IMF managing director now thinks the gloomy outlook could be too positive.

IMF for a Global pain relief

The IMF set out four priorities for dealing with the pandemic. It called for more money for health care systems, financial support for workers and businesses, continued central bank support and a clear exit plan for the recovery.

World has to work together to find and distribute treatments and a vaccine.

The international role of the euro

The euro € is the currency of 19 EU countries, over 340 million EU citizens. It is the second most important currency in the world. € euro was launched on 1 January 1999 and is already EUROat20.

The euro’s success as a stable and credible currency means that it already plays an important role beyond the borders of the EU and the euro area.

The European Union’s share of global gross domestic product amounts to an estimated around 17%. The share of the euro area is estimated to be around 12%.

The euro is the second most widely used currency in terms of its share of global payments. The share of the euro in global payments amounted to around 36% in 2017. The US dollar, by comparison, accounts for about 40% of total payments.