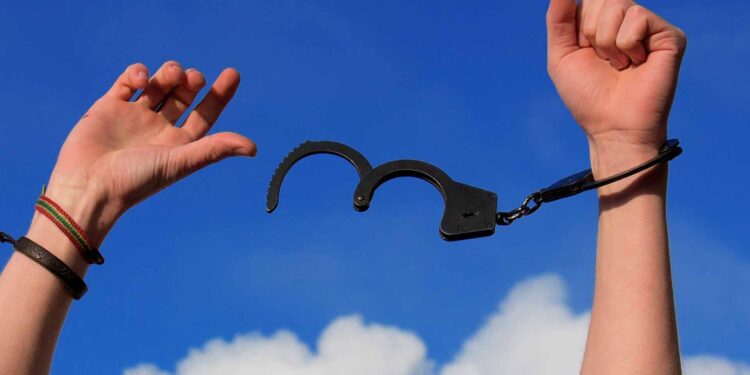 The use of sexual services provided by trafficking victims must be criminalised and harder measures to tackle its proliferation are needed, Parliament says. Most victims of human trafficking are sexually exploited and the vast majority are women and girls.

MEPs want the EU to step up the fight against human trafficking, strengthen protection for victims and end the impunity of traffickers. Often seen as a modern form of slavery, human trafficking is one of the fastest growing crimes, with new technologies, migration flows and the Covid-19 crisis creating new risks and challenges across the EU.

In a report adopted with 571 votes in favour, 61 against and 59 abstentions, Parliament assesses the 2011 EU Anti-trafficking Directive and calls for more robust measures against all forms of trafficking, focusing on protecting women, children and migrants. MEPs regret the absence of comparable and detailed data on the scale of trafficking across the EU, and demand that cooperation among member states to fight what are often transnational crimes be reinforced.

Trafficking in human beings is a grave violation of fundamental human rights and an extremely pernicious and highly lucrative form of transnational organised crime. As such, it is prohibited by the EU Charter of Fundamental Rights (Article 5.3), and defined by the TFEU as a particularly serious form of organised crime (Article 83), with links to immigration policy (Article 79).

Focus on sexual exploitation and victims in precarious situations

Sexual exploitation remains the most prevalent and reported purpose for which people are trafficked in the EU, predominantly affecting women and girls, and perpetrated mostly by men. The report calls on the Commission to amend the Anti-Trafficking Directive to ensure that member states explicitly criminalise the “knowing use” of services provided by victims of trafficking.

Asylum seekers, refugees and migrants, especially women and unaccompanied minors, are particularly vulnerable to trafficking, MEPs warn. They highlight the very low number of registered victims in international protection procedures and call on the member states to ensure that anti-trafficking and asylum procedures are interconnected. The special needs of victims such LGBTI people, persons with disabilities and people from racialised groups including Roma are often overlooked, Parliament criticises.

Ylva Johansson EU debates the Anti-Trafficking Directive. This is a European problem.

Trafficking is a modern form of slavery and I feel a strong support from the European Parliament to step up the fight against this horrible crime. We need to do more. Member States need to do more. We need to follow the money, to stop the culture of impunity, to support and protect victims, to strengthen police cooperation to tackle this terrible form of organised crime.

Thank you for your engagement, thank you for the debate. We need to unite forces to be able to win this battle. Slavery is found in the Bible — the Israelites were slaves in Egypt and we know the extreme hardships they endured.

After 400 years of slavery, the practice was abolished in 1807, but it is more alive today than at any point in human history. It is estimated that more people are trafficked in one year from Asia alone, than in the entire 400 years of the slave trade. Experts argue it is time for slavery to be discussed more openly. Following a number of minor declarations on Human Trafficking (HT), it was only in December, 2,000 that the United Nations definition of HT was finally concretised in the Palermo Protocol, Article 3.

Use of social media and digital technologies

The internet, social media and new technologies are used to attract and trap potential victims of trafficking, including children. MEPs therefore call on the Commission and member states to address the use of online technologies in both the proliferation and the prevention of trafficking.

Co-rapporteur Juan Fernando López Aguilar (S&D,ES) said “This crime has increased as a result of the COVID-19 crisis, and online tools are being used more and more to trap people. We call on the Commission to revise the anti-trafficking directive, so that all member states explicitly criminalise the use of services provided by victims of trafficking. We have to support and help victims, and guarantee the end of the culture of impunity surrounding this transnational crime.”

“Human trafficking violates life, physical and mental integrity, sexual freedom and human dignity. It dehumanises individuals and turns them into objects for sale. It predominantly targets women and girls for sexual exploitation, who are trafficked by men. The alarming increase in the trafficking of children affects undocumented migrants in particular. We call on the Commission to revise the anti-trafficking directive so that member states explicitly criminalise the use of services provided by trafficked victims”, said co-rapporteur Maria Soraya Rodriguez Ramos (Renew, ES).

The EU continues to support anti-trafficking actions through multiple funding streams, both within the EU and non EU countries and regions. Descriptions of funded projects are available in the relevant section. For further details you may also refer to the Comprehensive policy review of EU funded anti-trafficking projects.

What is human trafficking?

The EU Anti-Trafficking Coordinator (EU ATC) is based in the European Commission. Dr Myria Vassiliadou served as EU Anti-Trafficking Coordinator from 2011 until the end of February 2020. The position is elaborated in the EU Anti-trafficking Directive. As per the mandate, the EU ATC is responsible for improving coordination and coherence among EU institutions, EU agencies, Member States and international actors, and for developing existing and new EU policies to address THB. This includes monitoring the implementation of the EU Strategy towards the eradication of trafficking in human beings 2012-2016 and the December 2017 Communication stepping up EU Action to address trafficking in human beings.

Part of the mandate of the EU Anti-Trafficking Coordinator is to foster cooperation and policy coherence. To this end, joint efforts to address trafficking in human beings continue to be fostered with, amongst others, the EU Network of National Rapporteurs or Equivalent Mechanisms, the EU Civil Society Platform and the Coordination Network of the EU Agencies’ contact points on trafficking in human beings, including via regular meetings.