Turkey’s decision to withdraw from Istanbul Convention the important treaty on protecting women is “a very worrying step backwards”, a group of independent UN human rights experts said. “This decision…sends a dangerous message that violence against women is not important, with the risk of encouraging perpetrators and weakening measures to prevent it”, said Dubravka Šimonović, the UN Special Rapporteur on violence against women.

She noted that it will only weaken laws which treaty provide women protection and helps keep them safe, “and leaves them at further risk at a time when violence against women is surging all over the world”.

A misinterpretation of Istanbul Convention

The independent experts maintained that these accords not only recognize gender-based violence against women as a human rights violation, but also “commit States to putting in place policies and legislation to eradicate it”.

“The implementation of the Istanbul Convention alongside other international standards had resulted in positive changes at the national level”, they flagged.

In the last few months, some conservative politicians and groups in Turkey have reportedly expressed concerns that the Convention “threatened the family” and family values, in what the experts upheld was a misinterpretation of the term ‘gender’ expressed in the language of the Convention. “On the contrary, the Convention provides Member States with tools to better protect women and girls and their human rights”, they said.

In 2012, Turkey was the first of 35 Member States to ratify the Istanbul Convention, and on last Saturday, the experts noted, with no debate in Parliament or with society at large, it announced its decision to withdraw by Presidential decree.

Special Rapporteur on violence against women, Gladys Acosta Vargas, who also chairs of the CEDAW Committee, said that she “would welcome a dialogue with Turkey” to discuss the Convention’s importance in working towards the elimination of all forms of gender-based violence against women at “national, regional and international levels”.

“We call on Turkey to reconsider this decision and to conduct consultations with academia, civil society organizations, Parliament and society at large,” the experts said.

Against the backdrop of COVID-19 restrictive measures in Turkey, the experts highlighted an increased risk of violence against women, particularly domestic violence – with even greater impacts on the elderly and those with disabilities.

Citing available information that has indicated in recent years a femicide rise in Turkey, they also stressed the need for more, not fewer, tools to prevent and eradicate gender-based violence in all its forms.

We call on Turkey to reconsider this decision

UN calls Turkey not to abandon International accord protecting women

“The present time calls for better implementation of international norms and standards, not for Turkey to dissociate from them,” they spelled out. The experts reiterated their call for the Government to collect and analyse data on femicide and establish a so-called Femicide Observatory to prevent them.

The experts had previously expressed their concern regarding trends of pushbacks against women’s rights and on the relevance of the Istanbul Convention to eradicate violence against women. The UN Special Rapporteur, the CEDAW Chair and UN and regional human rights experts were among others deeply regretting Turkey’s decision.

Special Rapporteurs and independent experts are appointed by the Geneva-based UN Human Rights Council to examine and report back on a specific human rights theme or a country situation. The positions are honorary and the experts are not paid for their work. 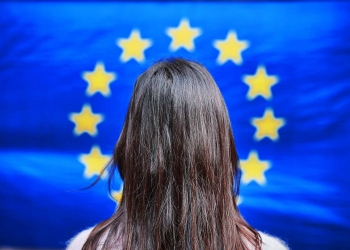