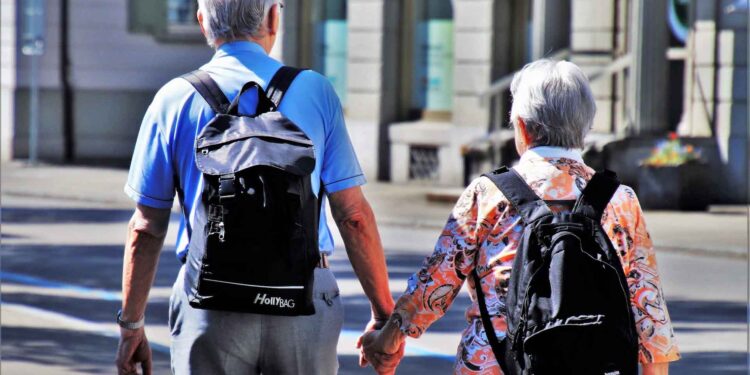 EU Commission put demography and ageing population high on the European policy agenda. The European Commission presented a green paper to launch a broad policy debate on the challenges and opportunities of Europe’s ageing society. It sets out the impact of this pronounced demographic trend across our economy and society and invites the public to express their views on how to respond to this in a public consultation, which will run for 12 weeks.

Von der Leyen Commission put demography high on the EU policy agenda. The Commission’s June 2020 report on the impact of demographic change showed that in the last 50 years, life expectancy at birth has increased by about 10 years for both men and women. The Green Paper on Ageing is the first outcome of this report and launches a debate on the main issues related to ageing in Europe and will be followed by the long-term vision for rural areas that will also look into the question of depopulation.

This is a Success and Strength of our social market economy

Dubravka Šuica, Vice-President for Democracy and Demography, said: “The fact that we are living longer, healthier lives than the generations before shows the success and strength of our social market economy. But it also presents new challenges, and offers opportunities which we need to consider. This green paper will launch a discussion on tapping the full potential of an ageing population – the drivers for innovation which it presents, and the policy responses required.”

The green paper frames the debate on ageing by setting out the speed and scale of the demographic changes in our society, as well as the impact this has across our policies and the questions we need to ask ourselves in response. This covers everything from promoting healthy lifestyles and lifelong learning to strengthening health and care systems to cater for an older population. It underlines the need to bring more people into the workforce, highlights the opportunities for job creation and looks at the impact of ageing on our careers, wellbeing, pensions, social protection and productivity.

The Green Paper takes a life-cycle approach, reflecting the universal impact of ageing on all generations and stages in life. In doing so, it highlights the importance of striking the right balance between sustainable solutions for our welfare systems, and strengthening intergenerational solidarity.

The public consultation launched today is open to interested citizens and organisations from all Member States, including from regional and local levels. The results of the consultation will help to identify the support needed for people, their regions and communities. Based on the results, the Commission will consider possible policy responses to reinforce efforts in Member States and regions to address the issues around ageing.

The world’s population is ageing. Virtually every country in the world is experiencing growth in the number and proportion of older persons in their population.

Population ageing is poised to become one of the most significant social transformations of the twenty-first century, with implications for nearly all sectors of society, including labour and financial markets, the demand for goods and services, such as housing, transportation and social protection, as well as family structures and intergenerational ties.

Older persons are increasingly seen as contributors to development, whose abilities to act for the betterment of themselves and their societies should be woven into policies and programmes at all levels. In the coming decades, many countries are likely to face fiscal and political pressures in relation to public systems of health care, pensions and social protections for a growing older population.

Globally, the population aged 65 and over is growing faster than all other age groups.

The size and age composition of a population are determined jointly by three demographic processes: fertility, mortality and migration.

While declining fertility and increasing longevity are the key drivers of population ageing globally, international migration has also contributed to changing population age structures in some countries and regions. In countries that are experiencing large immigration flows, international migration can slow the ageing process, at least temporarily, since migrants tend to be in the young working ages. However, migrants who remain in the country eventually will age into the older population.