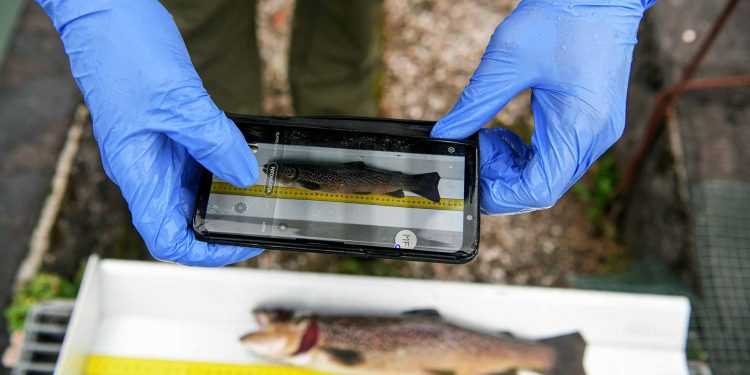 On the occasion of the World Wildlife Day, the Commission reiterates its invitation to all world institutions to raise their voices for Biodiversity worldwide. EU needs to build the momentum for nature and help convince more governments to be ambitious at the crucial Fifteenth meeting of the Conference of the Parties to the Convention on Biological Diversity (CoP 15) later this year.

Exactly a year since the Commission launched its Global Coalition “United for Biodiversity”, more than 200 institutions worldwide – national parks, research centres and universities, science and natural history museums, aquariums, botanic gardens and zoos – have already joined forces to tackle the biodiversity crisis.  The Commission has also joined the intergovernmental High Ambition Coalition (HAC) for Nature and People, launched at the One Planet Summit in January this year, actively supporting the goal to conserve at least 30% of land and sea by 2030.

Executive Vice-President for the European Green Deal Frans Timmermans said:  “Humanity is destroying nature at an unprecedented rate, and we risk losing nearly 1 million species. This is a direct threat to our own health and wellbeing, as we are fully dependent on the planet’s rich web of life. We must urgently restore balance in our relationship with nature and reverse biodiversity loss. Action starts with awareness and the work done via coalitions like “United for Biodiversity” is crucial to help put our natural environment on the path to recovery.”

Commissioner for Environment, Oceans and Fisheries Virginijus Sinkevičius said: “On this year’s World Wildlife Day and  as we celebrate the first anniversary of the launch of the Global Coalition “United for Biodiversity”, we are also highlighting just how much we stand to lose in a world without nature. This is why we are acting with all means to bring aboard more partners worldwide and call upon nations to join the High Ambition Coalition as we come closer to the decisive CoP 15.”

Since its launch at the Oceanographic Institute of Monaco exactly one year ago, 205 institutions from 47 countries have endorsed the coalition’s common pledge, calling on all – from business to municipalities, citizens to governments – to act. The Commission aims to increase the number of participating organisations to more than 500.

With their collections, education and conservation programmes, these institutions forming part of the global coalition are important ambassadors to raise public awareness about the dramatic effects of the current biodiversity crisis. In Europe, partners include institutions such as: the Natural History Museums of Berlin, Paris, Vienna and Madrid , the Danube Delta Biosphere Reserve in Romania and Lake Kerkini national park in Greece, the Botanical Gardens of Porto, Roma and Copenhagen, and dozens of zoos and aquariums across the EU, from Dublin to Riga, Barcelona to Odense and Stuttgart to Beauval. Following many requests from the research community, the coalition was also opened to research centres and universities, the University of Bergen in Norway being the very first to join.

On other continents, the first members include the Gorongosa national park in Mozambique and the 19 reserves managed in 11 countries by African Parks, Puerto Rico Science Museum, São Paulo Zoo in Brazil, Central Park Zoo in the USA, the Angkor Centre for Conservation of Biodiversity in Cambodia and the Cape Town Aquarium in South Africa.

The European Commission adopted last year under the European Green Deal its EU Biodiversity Strategy, which aims to put Europe’s biodiversity on a path to recovery by 2030. It commits to establishing a larger EU-wide network of effectively managed protected areas covering 30% of land and 30% of sea, with one third of this area strictly protected. The Commission is currently working on guidance criteria for the establishment of those areas. The Strategy also expressed the Commission’s determination to mobilise all tools of external action and international partnerships to help develop an ambitious new UN Global Biodiversity Framework. The Commission will be following up on its Biodiversity Strategy with many actions and initiatives. This will include an EU Forest Strategy, an EU Soil Strategy, an Action Plan against wildlife trafficking, as well as legally binding nature restoration targets.

Ahead of the CoP15, political momentum has picked up, with the Leaders Pledge for Nature launched last September before the first UN Biodiversity Summit in the margins of the 75th UN General Assembly. Currently 84 countries and the European Union have committed to reverse biodiversity loss by 2030 for sustainable development.

Last month, the challenges humanity is facing due to biodiversity loss, climate change and pollution were once again highlighted in the new UNEP “Making Peace with Nature” report, co-funded by the EU.