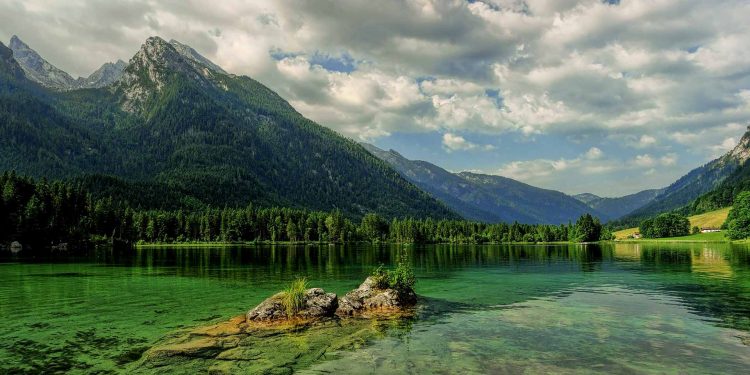 The European Commission adopted the EU Action Plan: “Towards Zero Pollution for Air, Water and Soil” – a key deliverable of the European Green Deal and the main topic of this year’s EU Green Week. The EU has made significant progress but pollution still affects our health and the environment too much. To tackle the problem, we must first improve how we implement and enforce the laws already in place.

The EU Action Plan sets out an integrated vision for 2050. A world where pollution is reduced to levels that are no longer harmful to human health and natural ecosystems, as well as the steps to get there. The plan ties together all relevant EU policies to tackle and prevent pollution, with a special emphasis on how to use digital solutions to tackle pollution.

The zero pollution vision for 2050 focus on low levels of air, water and soil pollution, which are no longer harmful to health and natural ecosystems. They respect the boundaries with which our planet can cope, thereby creating a toxic-free environment.

This is translated into key 2030 targets to speed up reducing pollution at source.

The action plan aims to strengthen the EU green, digital and economic leadership, whilst creating a healthier, socially fairer Europe and planet. It provides a compass to mainstream pollution prevention in all relevant EU policies, to step up implementation of the relevant EU legislation and to identify possible gaps.

European economies on a greener and cleaner path

Member States should also grasp the opportunity to use EU recovery funding to steer their economies on a greener and cleaner path. In addition, the Zero Pollution Action Plan proposes a new framework to better monitor pollution levels and anticipate future trends. This will help address pollution in more targeted, integrated and efficient ways. Finally, we will also need to update some of our laws on pollution, be it to align more closely with the most recent scientific evidence, or to address types of pollution that are increasingly becoming a concern.

Pollution is the largest environmental cause of multiple mental and physical diseases, and of premature deaths, especially among children, people with certain medical conditions and the elderly. People who live in more deprived areas often live close to contaminated sites, or in areas where there is a very high flow of traffic. A toxic-free environment is also crucial to protect our biodiversity and ecosystems, as pollution is one of the main reasons for the loss of biodiversity. It reduces the ability of ecosystems to provide services such as carbon sequestration and air and water decontamination.

Why do we need to act more on pollution?

Despite significant progress in the EU over the last decades, pollution still heavily impacts our health and the environment. In the EU, one in eight deaths is linked to environmental pollution, with 90% of these deaths due to chronic diseases, out of which cancers score as the most frequent ones. An estimation shows that air pollution alone causes up to 400.000 premature deaths each year. Pollution’s most harmful impacts on human health are typically borne by the most vulnerable groups, notably children, people with medical conditions, older persons, persons with disabilities and those living in poorer socio-economic conditions, creating thus further inequalities.

In addition to our health, a toxic-free environment is also crucial to protect and restore our biodiversity and ecosystems. Pollution is one of the five main drivers of biodiversity loss. It is threatening the survival of more than 1 million of the planet’s estimated 8 million plant and animal species, and the situation is expected to worsen, unless we change course.

What does ‘zero pollution’ mean?

The European Green Deal set the ambition of achieving zero pollution target by 2050, so that we could all live in a toxic-free environment. To secure this, we must ensure that pollution will reduce to levels which are no longer harmful. This means that we need to rethink the design of goods and services, produced, delivered, performed and/or used and disposed of and include pollution prevention in all relevant EU policies. First of all, pollution should be prevented at the source. Where fully preventing pollution from the outset is not (yet) possible, pollution should be minimised. Finally, when pollution occurred, it should be remediated – and the related damage compensated.

What is the scope of the Action Plan? What kind of pollution is covered?

The Zero Pollution Action Plan covers pollution affecting air, water and soil as well as consumer products. It also includes marine or noise pollution. For some forms of pollution, such as air pollution there is a solid evidence base that points to the need to revisit the legal framework. For others, such as pollution from light particles, more evidence is needed to determine what should be done at EU level. The Zero Pollution Monitoring and Outlook will help collect more such evidence, with the first report due in 2022.

In addition to targeted actions for each area, it also looks at cross-cutting issues, for instance how to support action on pollution in regions and cities, how to implement and enforce laws on pollution better, how to improve pollution monitoring, and how to make the best use of digital solutions for zero pollution.

Pollution harms our health and our environment

Pollution is the largest environmental cause of multiple mental and physical diseases and of premature deaths, especially among children, people with certain medical conditions and the elderly.

In addition to affecting people’s health, pollution is one of the main reasons for the loss of biodiversity. It reduces the ability of ecosystems to provide services such as carbon sequestration and decontamination. The public health, environmental, moral and socio-economic case for the EU to lead the global fight against pollution is today stronger than ever.

How will the Zero Pollution Action Plan promote innovation?

Research and innovation are key to achieving the zero pollution ambition. The scale of the challenges requires a more ambitious and integrated approach to bring breakthrough technologies to the market faster and showcase that ‘zero pollution’ production can become a reality.

European partnerships under Horizon Europe, including the missions on healthy oceans, soil health and food, and climate-neutral cities will contribute to the zero pollution ambition. For instance, Horizon Europe will invest in enhancing knowledge and developing technologies for soil and groundwater remediation, especially focusing on new decontamination techniques for emerging pollutants. Partnerships such as the ‘‘processes4planet’ partnership, the European partnership for chemicals risk assessment’, ‘water for all’ or ‘Towards zero-emission road transport’ will also have a strong zero pollution angle.

Many solutions using big data or smart sensors exist already and help reducing pollution to air, water or soil. Case studies on smart mobility, precision farming, eHealth or digital water show digital solutions for zero pollution. The Commission has prepared a document introducing these possibilities, encouraging the sustainable deployment of digital solutions and starting an exchange of good practices with the private sector, civil society and administrations. This can bring inspiration, innovation, investment and interaction to all actors wishing to contribute to the European Green Deal objectives, more specifically in relation to the zero pollution ambition.

How much will achieving zero pollution cost?

The costs and financial benefits will be in the impact assessments for the separate legislative proposals. The actions in the Plan will save the economy important costs of pollution, such as for healthcare, lost workdays, or damages to buildings and crop losses. The costs of inaction hugely outweigh the costs of action. For example, air pollution costs, in terms of health and economic activities, an estimated EUR 330 to 940 billion per year in the EU, whereas all the measures to improve air quality in the EU taken so far have an estimated combined cost of EUR 70 to 80 billion per year.

Overall, the goal of the Zero Pollution Action Plan is to ensure economic and social gains. Working towards our zero pollution ambition will create clean business opportunities. It will help protect vulnerable people, notably children, people with medical conditions, older persons and persons with disabilities and those living in poorer socio-economic conditions.