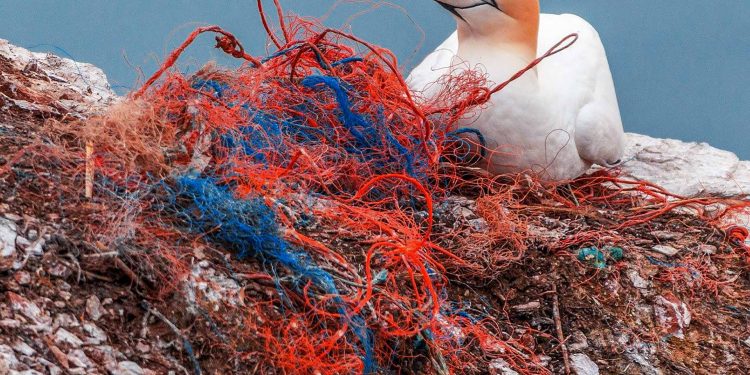 Europol supported this multi-agency transcontinental approach to tackling pollution crime in a global operation against marine pollution. 67 countries across the globe took part in this year’s 30 Days at Sea operation. Between 1 and 30 March 2021, 300 agencies across 67 countries joined forces against marine pollution during the third global operation 30 Days at Sea. Europol and Frontex coordinated the European leg of the operation, as part of the EMPACT action plan on environmental crime, while INTERPOL coordinated the global activities. The actions led to the identification of numerous crimes ranging from illegal discharge to waste trafficking and the investigation of thousands of suspects worldwide.

The simultaneous actions in March led to:

By using INTERPOL’s wide range of databases and analytical capabilities, countries were able to connect pollution crime with other serious crimes such as fraud, corruption, tax evasion, money laundering, piracy, and illegal fishing.

Criminals attempt to abuse the pandemic also at sea

With many enforcement resources being reassigned to tackle the pandemic, criminals have been quick to exploit growing vulnerabilities in different crime areas including environmental crime. Inspections uncovered typical forms of marine pollution crime, from vessel discharges to waste trafficking by sea, but also criminal trends that have been growing amid the pandemic. Growing trends included COVID-19 disposable items such as masks and gloves, with 13 cases involving medical waste opened as a result of the operation.

A major criminal network trafficking plastic waste between Europe and Asia was exposed, triggering cooperation between authorities from both regions. So far, 22 suspects have been arrested and thousands of tonnes of waste have been prevented from being illegally shipped to Asia. It is highly likely that the waste would have likely been dumped there, contaminating soils and generating considerable marine litter.

Several countries from Europe, Asia and Africa reported illegal shipments of contaminated or mixed metal waste falsely declared as metal scraps. In one case, the Italian Coast Guard seized and prevented 11 000 tonnes of metal scraps mixed with plastic, rubber, mineral oil and other contaminants from being loaded onto bulk carriers headed for Turkey. Namibia, the Philippines and Croatia also reported cases of illegal waste shipments from Europe.

Global coordination to counter the pollution of our seas

Europol’s Executive Director Catherine De Bolle said: “Marine pollution is a serious threat, which endangers not only the environment but our health and in the long run our global economy. Criminals do not care about the environment; they do not think of tomorrow, but only of increasing their profits on the back of our society. Consolidated law enforcement efforts such as the operation 30 Days at Sea are critical to tackle these borderless crimes and protect our environmental heritage for generations to come.”

INTERPOL Secretary General Jürgen Stock said: “The threat of pollution crime is constantly evolving, endangering the air we breathe, our water and soil. Although this is the third edition of 30 Days at Sea, it is never the same exercise. It is thanks to a global yet agile network that we have seen the number of inspections more than double since the first edition: a clear sign that the international community will not stand for criminal attacks on our environment.”

“Environmental crime is one of many criminal activities Frontex targets as part of our mission as the European Border and Coast Guard Agency. This is our contribution to the protection of the environment. I’m proud that, as part of 30 Days at Sea, Frontex aerial and maritime assets monitored nearly 1 000 vessels,” said Frontex Executive Director Fabrice Leggeri.

In 2010 the European Union set up a four-year Policy Cycle to ensure greater continuity in the fight against serious international and organized crime. In 2017 the Council of the EU decided to continue the EU Policy Cycle for the 2018 – 2021 period. It aims to tackle the most significant threats posed by organised and serious international crime to the EU. This is achieved by improving and strengthening cooperation between the relevant services of EU member states, institutions and agencies, as well as non-EU countries and organisations, including the private sector where relevant. Environmental crime is one of the priorities for the Policy Cycle.