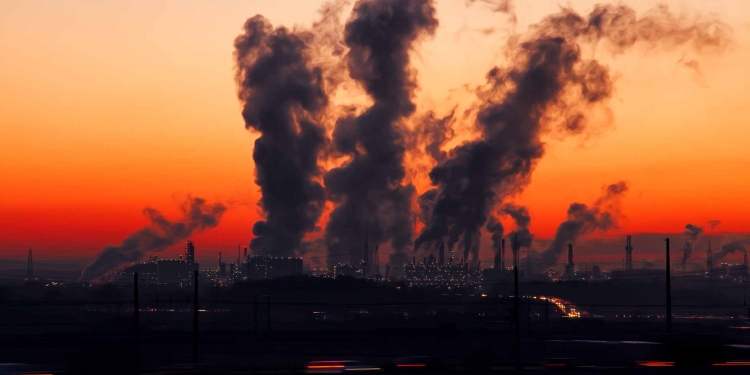 As the COVID-19 disease pandemic continues to develop, Global CO2 emissions shows a decline by 8%. This fall in CO2 emissions almost 2.6 gigatonnes (Gt) goes to levels of 10 years ago. Such a year-on-year reduction would be the largest ever. Six times larger than the previous record reduction of 0.4 Gt in 2009 – caused by the global financial crisis – and twice as large as the combined total of all previous reductions since the end of World War II.

As after previous crises, however, the rebound in emissions may be larger than the decline, unless the wave of investment to restart the economy is dedicated to cleaner and more resilient energy infrastructure.

The Covid-19 pandemic has dealt a massive blow to countries around the world. The virus crisis choked economies and transformed daily life for billions of people. In some countries and sectors, notably international aviation, the impact of the current crisis is so severe and dramatic that there can be little doubt it is due to other factors. Even so, a number of assumptions translated flight cancellations into tonnes of CO2.

Global energy-related CO2 emissions flattened in 2019 at around 33 gigatonnes (Gt), following two years of increases. This resulted mainly from a sharp decline in CO2 emissions from the power sector in advanced economies. This is a good result thanks to the expanding role of renewable sources (mainly wind and solar PV), fuel switching from coal to natural gas, and higher nuclear power output.

In response to the exceptional circumstances stemming from the coronavirus pandemic, the annual IEA Global Energy Review has expanded its coverage for possible directions for the rest of the year. The uncertainty surrounding public health, the economy and hence energy over the rest of 2020 is unprecedented. Global energy demand declined by 3.8% in the first quarter of 2020. Most of the impact felt in March as confinement measures were enforced in Europe, North America and elsewhere. Global coal demand was hit the hardest, falling by almost 8% compared with the first quarter of 2019.

China – a coal-based economy- was the country the hardest hit by Covid‑19 in the first quarter.

Looking at the full year, we explore a scenario that quantifies the energy impacts of a widespread global recession caused by months-long restrictions on mobility and social and economic activity. All fuels will be affected:

The global coronavirus pandemic continues to unfold at a staggering pace, decimating lives, livelihoods and the normal functioning of society, as well as interrupting energy demand and CO2 emissions. Temporary reduction in daily global CO2 emissions during the COVID-19 forced confinement.

To prevent dangerous climate change, the EU has committed to cut its greenhouse gas emissions by at least 40% below 1990 levels by 2030 under the Paris Agreement. The EU will work towards carbon neutrality by the second half of the century. In November 2018, the European Commission presented a long-term strategy for the EU to achieve a climate-neutral economy by 2050. The European Parliament adopted a resolution outlining its recommendations on 14 March 2019. MEPs called for the EU to raise the 2030 emission reduction target. They also reiterated the Parliament’s position to allocate at least 35% of the EU’s expenditure on research to support climate objectives.

An Emissions Trading System for industry

The EU’s Emissions Trading System (ETS) aims to reduce the industry’s carbon emissions. It will ask companies to hold a permit for each tonne of CO2 they emit. Companies have to buy them through auctions. There are some incentives to boost innovation in the sector.

The European Emissions Trading System is the world’s first major carbon market and remains the largest one. It regulates about 45% of total EU greenhouse gas emissions and covers approximately 11,000 power stations and manufacturing plants in the EU. The goal is to reduce emissions by 43% compared to 2005.

Sectors not covered by the Emissions Trading System – such as transport, agriculture, buildings and waste management – still account for nearly 60% of the EU’s overall emissions. Emissions from these sectors will be cut by 30% by 2030 compared to 2005.

This will be done through agreed national emission targets which are calculated based on countries’ gross domestic product per capita. Lower-income EU countries will be provided with support.

EU forests absorb the equivalent of 10.9% of total EU greenhouse gas emissions each year. The EU wants to use this power to fight climate change.

New legislation aims to prevent emissions caused by deforestation and oblige each EU country to compensate changes in land use, which lead to emissions of CO2, by better managing or increasing their forests.

Cars and vans produce 15% of EU’s CO2 emissions. The Parliament approved new legislation to toughen car emissions standards, introducing CO2 reduction targets of 37.5% for new cars and 31% for new vans by 2030. On 18 April, MEPs also approved a proposal to cut CO2 emissions from new trucks by 30% by 2030 compared to 2019 emission levels. The Parliament is also calling for measures to facilitate the shift to electric and hybrid vehicles.

EUdebates the fight against climate change.