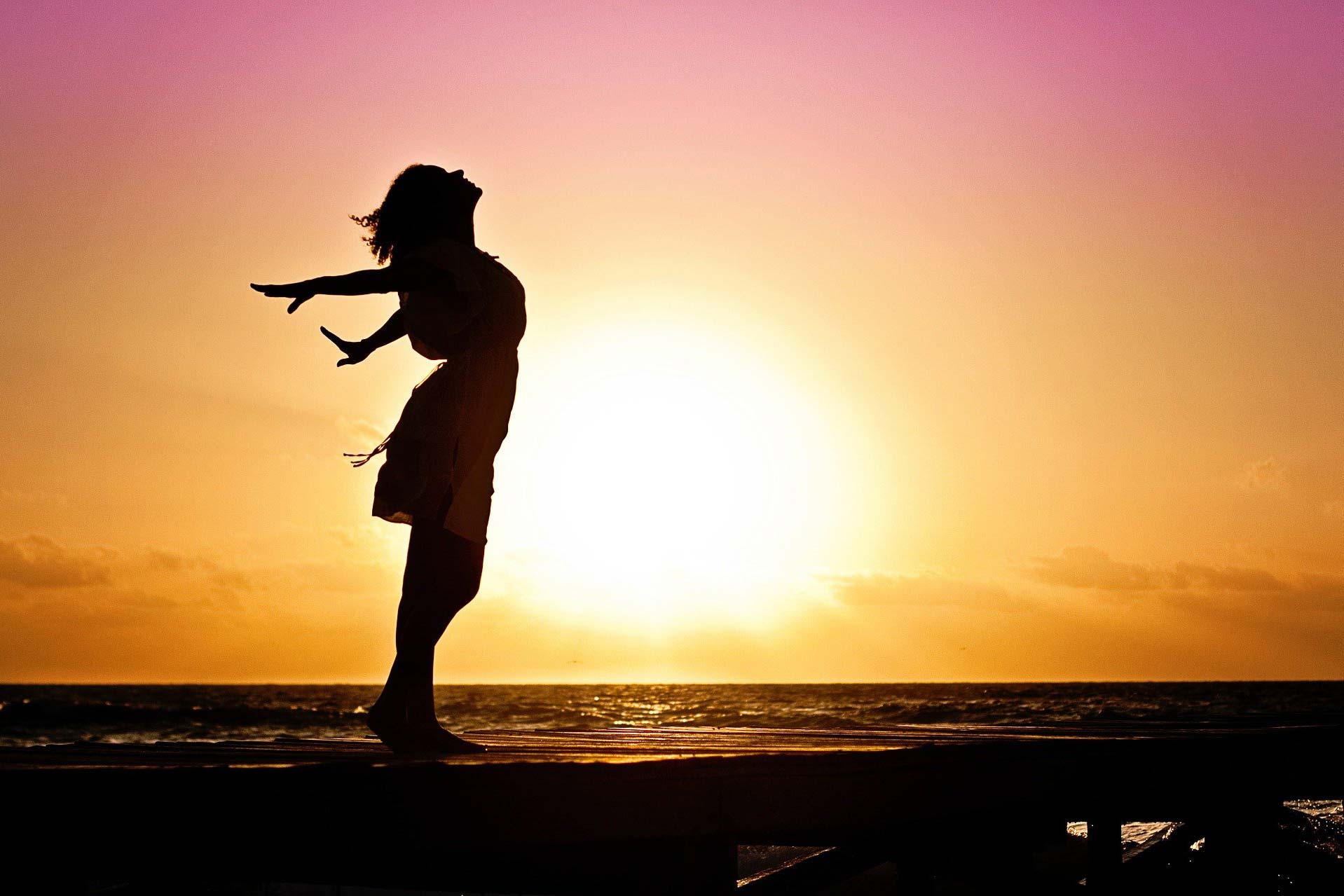 Better air quality has led to a significant reduction of premature deaths over the past decade in Europe. However, the European Environment Agency’s (EEA) latest official data show that almost all Europeans still suffer from air pollution. This has led to about 400,000 premature deaths across the continent.

The EEA’s ‘Air quality in Europe – 2020 report’ shows that six Member States exceeded the European Union’s limit value for fine particulate matter (PM2.5) in 2018. These countries are Bulgaria, Croatia, Czechia, Italy, Poland and Romania. Only four countries in Europe – Estonia, Finland, Iceland and Ireland – had fine particulate matter concentrations. These countries were just below the World Health Organization‘s (WHO) stricter guideline values. The EEA report notes that there remains a gap between EU’s legal air quality limits and WHO guidelines. European Commission seeks to address this issue with a revision of the EU standards under the Zero Pollution Action Plan.

The new EEA analysis is based on the latest official air quality data from more than 4 000 monitoring stations across Europe in 2018.

Exposure to fine particulate matter caused about 417,000 premature deaths in 41 European countries in 2018, according to the EEA assessment. About 379,000 of those deaths occurred in EU-28 where 54,000 and 19,000 premature deaths were attributed to nitrogen dioxide (NO2) and ground-level ozone (O3), respectively.

EU, national and local policies and emission cuts in key sectors have improved air quality across Europe, the EEA report shows. Since 2000, emissions of key air pollutants, including nitrogen oxides (NOx), from transport have declined significantly, despite growing mobility demand and associated increase in the sector’s greenhouse gas emissions. Pollutant emissions from energy supply have also seen major reductions while progress in reducing emissions from buildings and agriculture has been slow.

It is good news that air quality is improving thanks to the environmental and climate policies that we have been implementing. But we can’t ignore the downside – the number of premature deaths in Europe due to air pollution is still far too high.

Thanks to better air quality, around 60,000 fewer people died prematurely due to fine particulate matter pollution in 2018, compared with 2009. For nitrogen dioxide, the reduction is even greater. Also premature deaths have declined by about 54 % over the last decade. The continuing implementation of environmental and climate policies across Europe is a key factor behind the improvements.

“With the European Green Deal we have set ourselves an ambition of reducing all kinds of pollution to zero. If we are to succeed and fully protect people’s health and the environment, we need to cut air pollution further and align our air quality standards more closely with the recommendations of the World Health Organization. We will look at this in our upcoming Action Plan,” said Virginijus Sinkevičius, Commissioner for Environment, Oceans and Fisheries.

“The EEA’s data prove that investing in better air quality is an investment for better health and productivity for all Europeans. Policies and actions that are consistent with Europe’s zero pollution ambition, lead to longer and healthier lives and more resilient societies,” said Hans Bruyninckx, EEA Executive Director.

The European Commission has recently published a roadmap for the EU Action Plan Towards a Zero Pollution Ambition, which is part of the European Green Deal.

The EEA report also contains an overview of the links between the COVID-19 pandemic and air quality. A more detailed assessment of provisional EEA data for 2020 and supporting modelling by the Copernicus Atmospheric Monitoring Service (CAMS), confirms earlier assessments showing up to 60 % reductions of certain air pollutants in many European countries where lockdown measures took place in the spring of 2020. The EEA does not yet have estimates on the potential positive health impacts of the cleaner air during 2020.

The report also notes that long-term exposure to air pollutants causes cardiovascular and respiratory diseases. Both have been identified as risk factors for death in COVID-19 patients. However, the causality between air pollution and severity of the COVID-19 infections is not clear. We need further epidemiological research in Europe.

Anna is 37 years old and lives in the centre of Brussels. She and her young son Johan are planning a trip outside the busy city. Anna suffers from asthma and her doctor has warned of the dangers of air pollution, especially on hot summer days.

Anna has heard about the London fogs of the 1950s that killed 2 000 people in one week. She has childhood memories of evening news bulletins showing dead fish and dying trees as ‘ acid rain’ first came to popular attention in the 1970s.

Motherhood and a recent asthma attack have quite rightly brought air pollution back to mind. The fact is that emissions of many air pollutants have fallen substantially across Europe since Anna’s childhood. The air she and Johan breathe is much improved in comparison with the past. Air policy is one of the great success stories of the EU’s environmental efforts. In particular, EU policy has dramatically cut emissions of sulphur, the main component of ‘acid rain’.

In contrast, nitrogen – also a major component of ‘acid rain’ – has not been dealt with to the same extent and so continues to cause major problems. A significant proportion of Europe’s urban population still live in cities. EU City air quality limits, protecting human health, are regularly exceeded. Each year, many more people die prematurely from air pollution in Europe than die in traffic accidents.

The European goal of achieving levels of air quality that do not damage people’s health or the environment has still not been reached. EEA analysis suggests that 15 of the 27 EU Member States will miss one or more of their legally binding 2010 targets to reduce harmful air pollutants.

Two pollutants, fine particulate matter and ground-level ozone, are the most significant in terms of health impacts. Long-term and peak exposure can lead to a variety of health effects. Those effects range from minor irritation of the respiratory system to premature death.

Particulate matter, a term used to describe a variety of tiny particles from sources such as vehicle exhausts and domestic stoves, affect the lungs. Exposure can harm people of all ages but people with existing heart and respiratory problems are particularly at risk.

But what’s that smell? A tractor is spraying liquid manure onto a field not far away. This is irritating, Anna thinks, but it’s also part of real country life. We meet it in a rather more romantic way in Johan’s picture books.

The pungent smell is caused by as many as 40 different chemical substances emitted from the manure. Ammonia (NH3), a volatile nitrogen compound, is one of them. In very high concentrations NH3 is caustic and can damage the respiratory tract. However, the levels here are not dangerous for human health. Anna can breathe a sigh of relief, albeit a stinky one.
Nitrogen is an essential nutrient in nature. Reactive nitrogen forms are actually used by our bodies to produce proteins. However, excess nitrogen can lead to severe environmental and health problems.

‘Acid rain‘ forms when high levels of sulphur and nitrogen oxides are present in the air. One of the great success stories of air pollution policy over the last decades has been the massive reduction in emissions of sulphur dioxide. The 32 EEA member countries reduced sulphur emissions by 70 % between 1990 and 2006. Nitrogen, on the other hand, has not been dealt with as successfully.

With sulphur emissions declining, nitrogen is now the principal acidifying component in our air. Agriculture and transport are the main sources of nitrogen pollution. Agriculture is responsible for more than 90 % of ammonia (NH3) emissions alone.

Looking ahead for better Air Quality

Because air pollution pays no regard to national boundaries the problem needs to be tackled internationally. The United Nations Convention on Long-range Transboundary Air Pollution (LRTAP Convention) agreed in 1979. It has been signed by 51 countries and forms the basis of the international fight to tackle air pollution.

In the EEA’s health risk assessment, we select mortality as the health outcome that is quantified. It is the one for which the scientific evidence is most robust. We estimate mortality using two different metrics, due to the long-term exposure to air pollution. “Premature deaths” and “years of life lost”. These estimates provide a measure of the general impact of air pollution across a given population.

Europe’s air quality has improved significantly over recent decades but pollutants still harm our health and the environment. Measures to limit pollution would improve our quality of life, save money in healthcare, boost workers’ productivity and protect the environment.