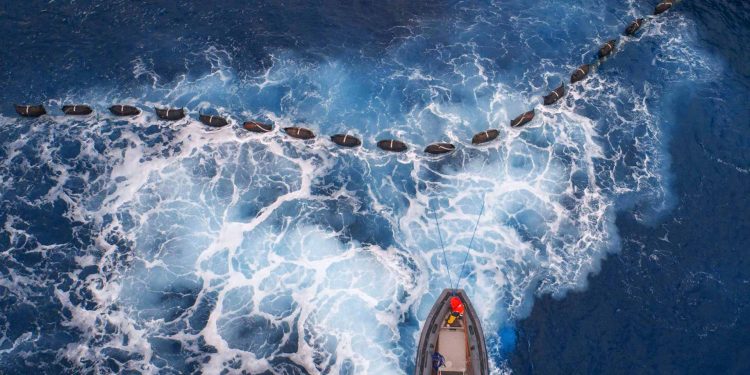 “Ariadne Interconnection” and EIB signed a 200-million-euro loan agreement, with the option of extending the funding by 100 million euros. The funding is guaranteed by the Greek State and has a duration of 20 years, including a 5-year grace period. The possibility of EIB’s participation in the financing of the project was provided as an option in the loan agreement signed in July 2020 with Eurobank, which was activated ensuring even better financing terms.

Crete-Attica interconnection is the largest energy infrastructure project currently under construction in Greece. Its financing comes from three sources: bank lending, equity and EU funding. The equity amounts to 200 million euros. As to the bank lending, the project is now co-financed equally by Eurobank and EIB (with 200 million euros each). For the remaining amount of 400 million euros, the co-financing tools of Greece and the European Union will be deployed.

Minister of Environment and Energy, Kostas Skrekas, commented: “The electrical interconnection of Crete with the mainland is pivotal in achieving our goal to overhaul the electricity system in the next few years. Connecting the largest Greek island with the national electricity transmission network is a decisive step in this direction, as well as in the transition of the country to a low carbon footprint economy”.

Mr. Manos Manousakis, President and CEO of IPTO, pointed out: “The participation of EIB secures even better financing terms for the flagship project of Crete’s interconnection to the mainland grid, while it reaffirms the confidence of the European bank in the projects of IPTO. We are particularly satisfied with the implementation progress of the project, which brings significant economic and environmental benefits for all citizens of Greece”.

The EIB has worked with Greece since 1963. We helped many small businesses in an economy badly hurt by the financial crisis. We built better roads and made transport more sustainable. One key example of our work is the Athens metro, which helps 130,000 people a day get around the city. The Bank has given Greece several “framework” loans worth several billion euros to help schools, museums, tourism and the environment.