Schools across Europe share results of their air quality projects 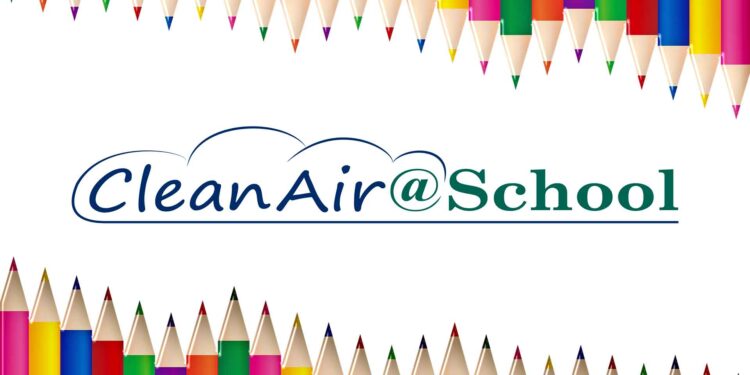 More than 100 schools from 8 European countries participated in the citizen science CleanAir@School inititative. The project runs under the support of the European Environment Agency (EEA) and the European Network of the Heads of Environmental Protection Agencies. The results of the initiative describe how schoolchildren measured pollution levels, learned about air quality and promoted actions for cleaner air.

The EEA and the European Network of the Heads of Environmental Protection Agencies (EPAs) organised CleanAir@School. It is a citizen science initiative to monitor air quality. From 2018 to 2020, pupils, teachers and parents engaged in the project . They all used simple, low-cost devices to measure nitrogen dioxide (NO2) levels around their schools. NO2 is one of the key air pollutants harming human health in Europe. Its main source is road transport and it is therefore a problem especially in urban areas.

Air quality monitoring was using the so-called passive NO2 samplers, with one sampler on the road at the front of the school and one in a less polluted area such as the school backyard. School children in the eight participating countries measured pollution levels around their school. They learnt about air quality and ways to improve it and made posters and videos. The school projects also explored ways to promote walking, cycling and the use of public transport to get to school as an alternative to coming by car.

Aside from this educational aspect, the CleanAir@School initiative tested how citizen science might complement official air quality monitoring data. At a European level, such approaches support the zero pollution ambition. It also promotes the wider use of citizen science to complement environmental reporting and encourage citizens’ engagement in air quality issues.

More and more European citizens are engaging in air quality monitoring by using so-called low cost measurement devices. The primary goal of such ‘citizen science’ initiatives is to raise awareness of the links between air pollution and health, mainly in cities where most Europeans live.

CleanAir@School was launched at a meeting of the EPA Network in Dublin in April 2018, and ran until early 2020.

The initiative used citizen science campaigns to better understand children’s exposure to a key air pollutant, nitrogen dioxide (NO2), in the school environment across Europe. Children at participating schools learnt about air pollution and health effects. Both pupils and their parents saw how road transport affects air quality. A key question was whether, in the light of this knowledge, parents shifted away from bringing their children by car to school. Participating environmental protection agencies engaged with local communities and explained how they worked to improve air quality.

On a more technical note, the initiative explored how data collected by citizens might complement ‘official’ air quality monitoring to communicate and improve understanding of local air quality. At a European level, this can support the European Commission’s efforts to streamline environmental reporting, in particular to ‘promote the wider use of citizen science to complement environmental reporting’.

To ensure comparability across the campaigns, they all included common elements.

To raise awareness of CleanAir@School, the environmental protection agencies were engaging pupils, teachers, and parents in the  implementation of the project. Once the measurement campaigns were completed, the agencies explained the results and ran surveys at each school to assess changes in awareness and in the mode of transport used by parents and older pupils.

EEA played a coordinating role in the project. The project gathered partners together to share best practices. They all agreed on a common approach to ensure, as far as possible, comparability of results.