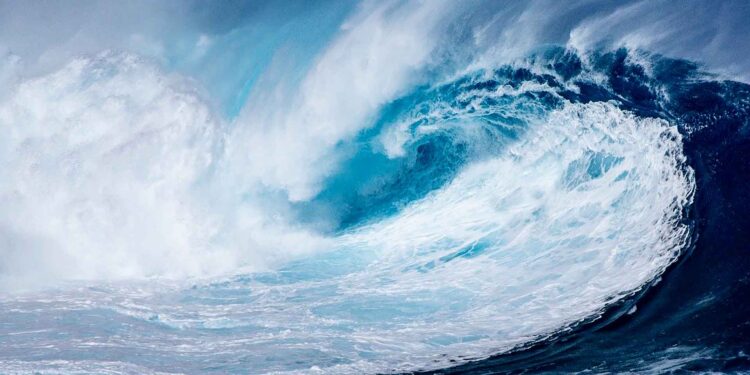 Global tsunami warnings wake memories from past experience in order to prevent disasters and develop Tsunami Early Warning and Mitigation System in Europe. Today a strong magnitude 7.1 earthquake hit Japan, near Fukushima, as the memories have not faded even after 10 years have passed.

Nearly a decade and a half ago, All eyes were on Aceh as a 9.3-magnitude earthquake and a tsunami towering nine meters high devastated the country’s western coast on 26 December 2004. A magnitude 9.0 earthquake struck in the Pacific Ocean off the northeast coast of the Tōhoku region of Japan’s Honshu island on 11 March 2011. The Great East Japan Earthquake triggered a massive tsunami that flooded more than 200 square miles of coastal land. Waves were estimated to be as high as 38 meters, the height of a 12-story building. The Japanese government gave the name Great East Japan Earthquake.

An estimated 20,000 people were dead or missing and close to 500,000 people were forced to evacuate. In addition, a nuclear power plant meltdown triggered a nuclear emergency. Eleven reactors at four nuclear power plants in the region were operating at the time and all shut down automatically when the earthquake hit. The tsunami finally hit the Fukushima Dai-ichi nuclear plant, leading to a meltdown at three nuclear units. On Saturday 12, there was a hydrogen explosion above unit 1 reactor containment, blowing off the roof and cladding on the top part of the building, after the hydrogen mixed with air and ignited.

Major releases of radionuclides, including long-lived caesium, occurred to air, mainly in mid-March. The population within a 20km radius had been evacuated three days earlier. Considerable work was done to reduce the amount of radioactive debris on site and to stabilise dust.

Cultures living near the Pacific Ocean in areas hit frequently by earthquakes developed over time an early warning system for a tsunami. Stories and legends are used to warn future generations of the possible risk and, when possible, offer advice how to survive such a disaster.

Are we prepared in Europe for the Next Big Mediterranean wave?

Europe is on alert for a shock mega-quake, amid warnings that a tsunami could strike tourist hotspots in the Mediterranean with just 15 minutes warning. Nearly a century has passed since Europe’s last major tsunami, a 13m wave caused by an earthquake off the coast of Sicily that was responsible for around 2,000 deaths. Sometimes tsunamis in the Mediterranean can be even more destructive – a large volcanic eruption on the island of Thera (Santorini) around 3500 years ago generated a wave that decimated an entire civilisation, the Minoans, and may have led to the legend of Atlantis.

Regions are exposed to hazards in varying degrees, placing them in different “risk positions”. Most of the tsunamis that have occurred within Europe have happened in the Mediterranean Sea. The Mediterranean Sea has earthquakes, submarine landslide and volcanoes. There are several geological and historical records of tsunamis. The most endangered zones lie in close vicinity to the main volcanoes or along seismically active zones.

Tectonically induced tsunamis occur in Europe mainly in the Mediterranean and the Black Sea. Tsunamis caused by submarine or terrestrial landslides have mainly occurred in Norway, but also in some other areas in Europe. In general, it can be concluded that tsunamis are possible along all shorelines that lie in tectonically active zones or in areas where submarine or terrestrial landslides are possible. Even though no devastating tsunamis have occurred in Europe in the last 100 years, the potential for hazard is still high.

Countries in the North-eastern Atlantic, Mediterranean and Connected Seas (the NEAM region) will participate in a tsunami test and response exercise from 8 to 10 March 2021. NEAMwave21 will coincide with the 10th commemoration of 11 March 2011 Tohoku Earthquake and Tsunami. The purpose of this exercise is to evaluate local tsunami response plans, increase tsunami preparedness, and improve coordination throughout the region. It is the fourth such international exercise in this region after NEAMWave12 (2012), NEAMWave14 (2014) and NEAMWave17 (2017).

On 30 October 2020, a significant tsunami triggered by an earthquake of magnitude 7.0 Mw hit the island of Samos (Greece) and the Aegean coast of the Izmir region (Turkey). The event shed light – once again – on the complexity of warning of locally generated tsunamis of rapid onset which challenged the ability of local authorities and communities at risk to take early action. According to Turkey’s Disaster and Emergency Management Authority (AFAD), one of the confirmed victims in Turkey drowned because of the tsunami. This event is a bitter reminder after the wake-up call on 20 July 2017, following the Bodrum (Turkey)-Kos (Greece) tsunami, to increase tsunami preparedness through enhanced sea-level detection networks, education, as well as international cooperation.

Global tsunami disaster impacts, such as human casualties and economic losses, have increased by more than 100 times during the last twenty years compared to the previous two decades. When these phenomena occur, the resulting disaster is characterized by increasing human casualties due to increasing and large populations living in coastal areas. When disasters happen, performing field investigations and surveys is crucial to understand what happened and how people/society may or may not prevent these disasters.