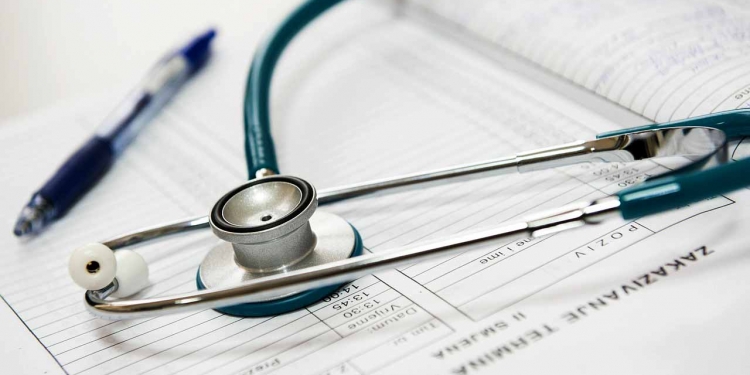 Vaccination is the main tool for primary prevention of disease and one of the most cost-effective public health measures available. The European Commission organises, in cooperation with the World Health Organisation, a Global Vaccination Summit in Brussels.

The event takes place under the joint auspices of the European Commission President Jean Claude Juncker and WHO Director General Tedros Adhanom Ghebreyesus. The overall objective of Global Vaccination Summit is to give high level visibility and political endorsement to the topic of vaccination. This is the most successful public health measure saving millions of lives every year. It will demonstrate EU leadership for global commitment to vaccination, boost political commitment towards eliminating vaccine preventable diseases and engage political leaders and leaders from scientific, medical, industry, philanthropic and civil society in global action against the spread of vaccine misinformation.

In the presence of Her Majesty the Queen Mathilde of the Belgians
• Jean Claude Juncker, President of the European Commission
• Video message Henrietta Fore, Executive Director of the United Nations Children’s Fund
• Dr. Tedros Adhanom Ghebreyesus, Director-General of the World Health Organization

an issue for Europe & the world

The event has the following three round tables:

– In Vaccines we trust

– The Magic of Science

The Summit brings together around 400 participants from around the globe including political leaders, high-level representatives from the UN and other international organisations, health ministries, leading academics, scientists and health professionals, the private sector and NGOs.

Find HERE the agenda of the Summit

Vaccinations for kids and adults.

Vaccination is the main tool for primary prevention of disease and one of the most cost-effective public health measures available. Immunisation through vaccination is the best defence we have against serious, preventable, and sometimes deadly, contagious diseases. Thanks to widespread vaccination, smallpox has been eradicated, Europe made polio-free, and many other diseases almost eliminated.

Today, more than 100 million children worldwide are vaccinated annually against diseases such as diphtheria, tetanus, pertussis, tuberculosis, polio, measles, and hepatitis B. According to the World Health Organization (WHO), vaccination prevents an estimated 2-3 million deaths worldwide each year and reduces disease-specific treatment costs, including antimicrobial treatments (prescribed for viral infections).

Today several EU and neighbouring countries are currently facing unprecedented outbreaks of vaccine-preventable diseases due to insufficient vaccination coverage rates. The waning of public confidence in vaccination, geographical differences in accessibility, and rise of disinformation on vaccination are a cause of concern and a major challenge for public health experts. Ensuring equitable access to vaccines for all EU citizens, fighting disinformation, and improving vaccine confidence are the common objectives by the European Commission and EU Member States.

A tale of autism and vaccines

Among the most popular arguments within the anti-vaccination movement is that vaccines can do more harm than good – for instance, by causing autism, a developmental brain disorder known to impair social interaction and communication.

This argument was popularized by British surgeon Andrew Wakefield, “the father of the anti-vaccine movement” in his 1998 article in The Lancet that claimed a link between autism and the measles, mumps and rubella (MMR) vaccine. The paper and Wakefield’s bold assertions to the media of an MMR-autism link, sparked immediate controversy and quickly became a rallying point for parents opposed to the MMR vaccine, or vaccinations in general. Within months of the Wakefield study, other scientists conducted independent investigations, which failed to corroborate Wakefield’s findings.

Are there dangers of vaccines beyond autism?

Besides autism, anti-vaccinationists are often wary of other potential ill effects of vaccines. In some cases, these concerns are reasonable. Many vaccines are not recommended for individuals who have serious allergies to the ingredients, and for those with a weakened immune system due to diseases such as HIV/AIDS or cancer. While there are certainly situations where vaccines can cause severe side effects, they are quite rare.

A “Coalition for Vaccination” was convened in spring 2019. It brings together European associations of healthcare workers as well as relevant students associations. The Coalition supports accurate information to the public, the exchange of best practices on vaccination and it is combating myths.

The vaccination debate is plagued with a myriad of contradictions and conflicts, and it can be difficult to navigate these turbulent waters.

Join the Vaccine and the anti-vaccination debate.