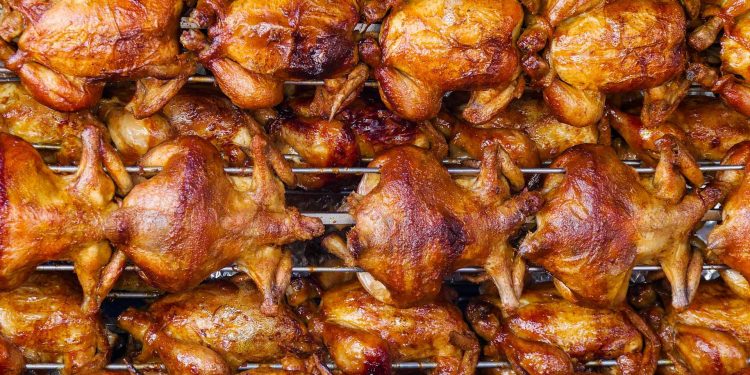 The number of reported human cases of illness caused by Campylobacter and Salmonella bacteria across Europe appears to be stabilising over the past five years. According to the latest report on zoonotic diseases by the European Food Safety Authority (EFSA) and the European Centre for Disease Prevention and Control (ECDC).

Campylobacteriosis, which has been the most reported gastrointestinal disease in EU since 2005, affected more than 220,000 people in 2019. Salmonellosis was the second most reported zoonotic disease in the EU, affecting about 88,000 people.

Of the 66,113 samples of ready-to-eat foods – foods that do not need to be cooked prior consumption – 0.3% tested positive for Salmonella. Of the 191,181 non ready-to-eat samples, 1.5% were positive. Eighteen of the 26 Member States reporting on Salmonella control programmes in poultry populations met all the reduction targets, compared to 14 in 2018.

The next most reported diseases were Shiga toxin-producing Escherichia coli (STEC) infections, yersiniosis and listeriosis. The trend of confirmed human cases of listeriosis was stable in 2015-2019, after a long period of increase. EU had 2,621 cases reported in 2019, mainly affecting people over 64 years old. It was the most severe zoonotic disease, with high rates of hospitalisation (92%) and fatality (17.6%).

The Chicken debate: Why is chicken so cheap?

Foodborne disease outbreaks in the EU

The report also monitors the cause of foodborne disease outbreaks in the EU. Reports the events during which at least two people contract the same illness from the same contaminated food. Salmonella remained the most frequently detected agent and caused 926 outbreaks, but the number of outbreaks due to S. Enteritidis decreased. The most common sources of salmonellosis outbreaks were eggs and egg products. Noroviruses in fish and fishery products caused the highest number (145) of outbreaks that have “strong evidence” implicating a food source.

What is salmonella caused by?

Salmonellosis is an infection with a Salmonella bacteria. Salmonella live in the intestinal tracts of animals, including birds. Salmonella are usually transmitted to humans by eating foods contaminated with animal feces. Most people with Salmonella infection have diarrhea, fever, and stomach cramps. Symptoms usually begin six hours to six days after infection and last four to seven days.

How do you get infected with campylobacter?

Eating undercooked poultry, meat, or eggs, or cross contamination of foods are common ways to be infected. Also using the same cutting board or utensils for raw poultry or meat and vegetables without washing could spread the bacteria. Even one drop of juice from raw poultry or meat can have enough Campylobacter in it to infect a person.

eudebates Campylobacter and Salmonella in Europe