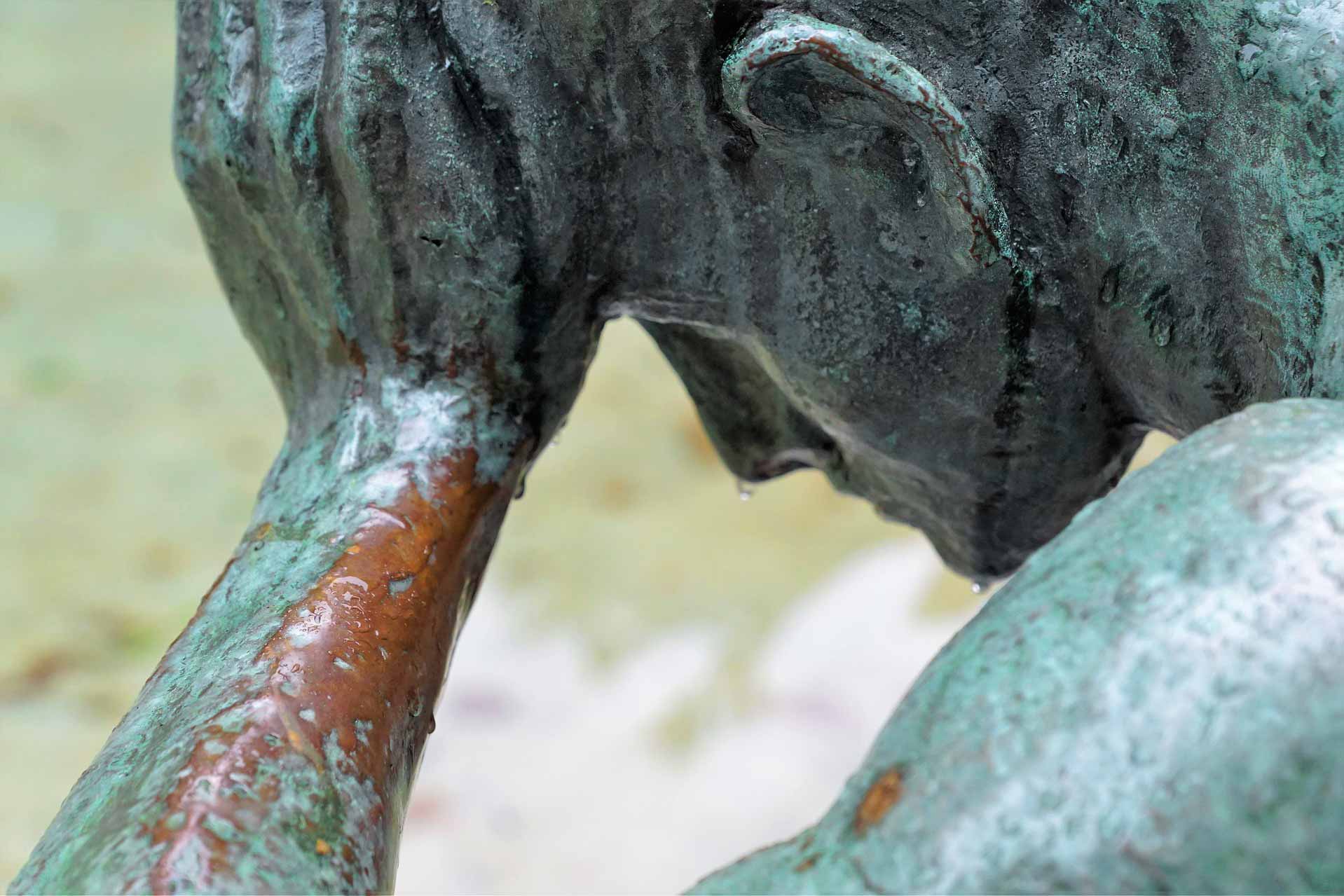 Since 2000, the largest increase in deaths has been for ischaemic heart disease. Find here in this WHO report the Top 10 in Global Human Health. 2019, the top 10 causes of death accounted for 55% of the 55.4 million deaths worldwide. Causes of death can be grouped into three categories. Communicable (infectious and parasitic diseases and maternal, perinatal and nutritional conditions), noncommunicable (chronic) and injuries.

The top global causes of death, in order of total number of lives lost, are associated with three broad topics:

Noncommunicable diseases now make up 7 of the world’s top 10 causes of death, according to WHO’s 2019 Global Health Estimates. This is an increase from 4 of the 10 leading causes in 2000. The new data cover the period from 2000 to 2019 inclusive.

Causes of Death – Our World in Data

The estimates reveal trends over the last 2 decades in mortality and morbidity caused by diseases and injuries. They clearly highlight the need for an intensified global focus on preventing and treating cardiovascular diseases, cancer, diabetes and chronic respiratory diseases, as well as tackling injuries, in all regions of the world, as set out in the agenda for the UN Sustainable Development Goals.

These new estimates are another reminder that we need to rapidly step up prevention, diagnosis and treatment of noncommunicable diseases.

The world’s biggest killer is ischaemic heart disease, responsible for 16% of the world’s total deaths. Since 2000, the largest increase in deaths has been for this disease. Ischaemic heart disease marked an increase of more than 2 million to 8.9 million deaths in 2019. Stroke and chronic obstructive pulmonary disease are the 2nd and 3rd leading causes. They are both responsible for approximately 11% and 6% of total deaths respectively.

Lower respiratory infections remained the world’s most deadly communicable disease, ranked as the 4th leading cause of death. However, the number has gone down substantially. In 2019 it claimed 2.6 million lives, 460 000 fewer than in 2000.

Heart disease has remained the leading cause of death at the global level for the last 20 years. However, it is now killing more people than ever before. Deaths from heart disease increased by more than 2 million since 2000, to nearly 9 million in 2019. Heart disease now represents 16% of total deaths from all causes. More than half of the 2 million additional deaths were in the WHO Western Pacific region. Conversely, the European region has seen a relative decline in heart disease, with deaths falling by 15% [1].Alzheimer’s disease and other forms of dementia are now among the top 10 causes of death worldwide, ranking 3rd in both the Americas and Europe in 2019. Women are disproportionally affected: globally, 65% of deaths from Alzheimer’s and other forms of dementia are women.

Deaths from diabetes have more than doubled

Deaths from diabetes increased by 70% globally between 2000 and 2019, with an 80% rise among males. In the Eastern Mediterranean, deaths from diabetes have more than doubled. They represent the greatest percentage increase of all WHO regions.

Global decline in deaths from communicable diseases, but still a major challenge in low- and middle-income countries

This reduction is in line with a general global decline in the percentage of deaths caused by communicable diseases. For example, HIV/AIDS dropped from the 8th leading cause in 2000 to the 19th in 2019. This reflects the success of efforts to prevent infection, test for the virus and treat the disease over the last two decades. While it remains the fourth leading cause of death in Africa, the number has dropped by more than half. Reduction noted over 1 million in 2000 to 435 000 in 2019 in Africa.

Tuberculosis is also no longer in the global top 10. Data notes a falling from 7th place in 2000 to thirteenth in 2019, with a 30% reduction in global deaths. Yet, it remains among the top 10 causes of deaths in the African and South-East Asian regions. It is the 8th and 5th leading cause respectively. Africa saw an increase in tuberculosis mortality after 2000, though this has started to decline in the last few years.

The new estimates also emphasize the toll that communicable diseases still take in low-income countries. 6 of the top 10 causes of death in low-income countries are still communicable diseases. They include malaria (6th), tuberculosis (8th) and HIV/AIDS (9th). Meanwhile, in recent years, WHO reports highlight an overall concerning slow-down or plateauing of progress against infectious diseases like HIV, tuberculosis and malaria.

People are living longer – but with more disability

The estimates further confirm the growing trend for longevity. In 2019, people were living more than 6 years longer than in 2000, with a global average of more than 73 years in 2019 compared to nearly 67 in 2000. But on average, only 5 of those additional years were lived in good health.

Indeed, disability is on the rise. To a large extent, the diseases and health conditions that are causing the most deaths are those that are responsible for the greatest number of healthy life-years lost. Heart disease, diabetes, stroke, lung cancer and chronic obstructive pulmonary disease were collectively responsible for nearly 100 million additional healthy life-years lost in 2019 in comparison with 2000.

Injuries are another major cause of disability and death. There has been a significant rise in road traffic injuries in the African region since 2000. There is almost 50% increase in both death and healthy life-years lost. Similar but slightly smaller increases (at around 40%) were also observed for the Eastern Mediterranean region. Globally, deaths from road traffic injuries are 75% male.

In the Americas, drug use has emerged as a significant contributor to both disability and death. There was a nearly threefold increase in deaths from drug use disorders in the Americas between 2000 and 2019. This region is also the only one for which drug use disorder is a top 10 contributor to healthy life-years lost due to premature deaths and disability, while in all other regions, drug use does not make the top 25.

The World Bank classifies the world’s economies into four income groups. They are based on gross national income: low, lower-middle, upper-middle and high.

Lower-middle-income countries have the most disparate top 10 causes of death: five noncommunicable, four communicable, and one injury. Diabetes is a rising cause of death in this income group. It has moved from the 15th to 9th leading cause and the number of deaths from this disease has nearly doubled since 2000.

As a top 10 cause of death in this income group, diarrhoeal diseases remain a significant challenge. However, this category of diseases represents the biggest decrease in absolute deaths, falling from 1.9 million to 1.1 million between 2000 and 2019. The biggest increase in absolute deaths is from ischaemic heart disease, rising by more than 1 million to 3.1 million since 2000. HIV/AIDS has seen the biggest decrease in rank among the previous top 10 causes of death in 2000, moving from 8th to 15th.

In upper-middle-income countries, there has been a notable rise in deaths from lung cancer, which have increased by 411 000; more than double the increase in deaths of all three other income groups combined. In addition, stomach cancer features highly in upper-middle-income countries compared to the other income groups, remaining the only group with this disease in the top 10 causes of death.

There is only one communicable disease (lower respiratory infections) in the top 10 causes of death for upper-middle-income countries. Notably, there has been a 31% fall in deaths from suicide since 2000 in this income category, decreasing to 234 000 deaths in 2019.

In high-income countries, deaths are increasing for all top 10 diseases except two. Ischaemic heart disease and stroke are the only causes in the top 10 for which the total numbers have gone down between 2000 and 2019, by 16% (or 327 000 deaths) and by 21% (or 205 000 deaths) respectively. High-income is the only category of income group in which there have been decreasing numbers from these two diseases. Nonetheless ischaemic heart disease and stroke have remained in the top three causes of death for this income category, with a combined total of over 2.5 million fatalities in 2019. In addition, deaths from hypertensive heart disease are rising. Reflecting a global trend, this disease has risen from the 18th leading cause of death to the 9th.

Deaths due to Alzheimer’s disease and other dementias have increased, overtaking stroke to become the second leading cause in high-income countries, and being responsible for the deaths of 814 000 people in 2019. And, as with upper-middle-income countries, only one communicable disease, lower respiratory infections, appears in the top 10 causes of death.

WHO’s Global Health Estimates present comprehensive, comparable and transparent time-series data for population health. They include life expectancy, healthy life expectancy, mortality and morbidity, and burden of disease at global, regional and country levels disaggregated by age, sex and cause, from 2000 onwards.

Dr Bochen Cao, the technical lead for WHO’s Global Health Estimates added: “They are based on robust scientific methods for the processing, synthesis and analysis of data. These updated estimates also benefited from the valuable contributions of WHO’s Member States through active country consultation and dialogue.”

The availability of services to prevent, diagnose and treat disease is key to reducing death and disability, influencing ranking of different conditions. These new estimates clearly indicate urgent needs of additional investments in services.

“Robust health data are critical to address inequalities, prioritize policies and allocate resources to  prevent disability and save lives,” adds Dr Samira Asma, Assistant Director-General for the Division of Data, Analytics and Delivery for Impact at WHO. “The WHO Global Health Estimates are a powerful tool to maximize health and economic impact. We call upon governments and stakeholders to urgently invest in data and health information systems to support timely and effective decision-making.”

As of today, COVID-19 has tragically claimed more than 1.5 million lives. People living with pre-existing health conditions (such as heart disease, diabetes and respiratory conditions) are at higher risk of complications and death due to COVID-19.

Health authorities worldwide depend on timely, reliable and actionable data to make informed decisions – this is especially true during a global pandemic. The next update to these estimates will include an assessment of the direct and indirect impact of the COVID-19 pandemic on mortality and morbidity.