WHO calls to ramp up COVAX production of COVID-19 vaccines 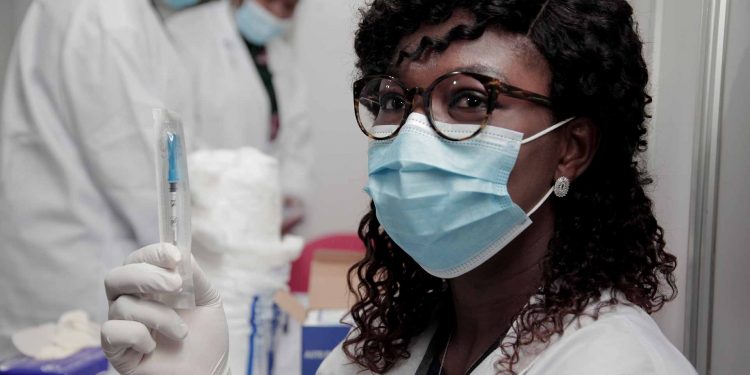 A further 31 countries will receive 14.4 million doses next week.

COVAX barriers and bottlenecks in production of COVID-19 vaccines

“This is encouraging progress, but the volume of doses being distributed through COVAX is still relatively small”, said Tedros, speaking during his biweekly briefing from Geneva.

“One of our main priorities now is to increase the ambition of COVAX to help all countries end the pandemic.  This means urgent action to ramp up production.” Tedros said WHO and its COVAX partners will meet with government and industry representatives next week to identify “bottlenecks” and relevant solutions.

“We currently face several barriers to increasing the speed and volume of production, from export bans to shortages of raw materials including glass, plastic and stoppers”, he told journalists.

WHO is working on four approaches to the issue, including calling for waiving patent rights for vaccines. “Many countries with vaccine manufacturing capacity can start producing their own COVID-19 vaccines by waiving intellectual property rights, as provided for in the TRIPS agreement”, said Tedros, referring to the 1994 accord adopted by all 194 members of the World Trade Organization (WTO).

“Those provisions are there for use in emergencies. If now is not a time to use them, then when? This is unprecedented time, and WHO believes that this is a time to trigger that provision and waive patent rights.”

In the short-term, the UN agency is connecting companies that produce COVID-19 vaccines with others that have excess capacity to fill and finish them, citing the partnership between Johnson & Johnson and Merck, announced this week, as an example.

“We need more partnerships like this, and we need them in all regions”, Tedros said. WHO is also advocating bilateral technology transfers, so that companies that own vaccine patents can license them to another company.

“A good example of this approach is AstraZeneca, which has transferred the technology for its vaccine to SKBio in the Republic of Korea and the Serum Institute of India, which is producing AstraZeneca vaccines for COVAX”, Tedros said, though he cited lack of transparency as a main disadvantage of this approach.

Coordinated technology transfer is a third option, whereby universities and manufacturers would license their production of COVID-19 vaccines to other companies through a global mechanism coordinated by WHO. This would also facilitate the training of staff at the receiving companies, and coordinate investments in infrastructure.

Tedros said WHO had in fact used this approach during the H5N1 avian influenza pandemic in the mid-2000s.

Independent experts investigating the origins of the virus that causes COVID-19 will issue their final report later this month, the WHO briefing heard.

The findings from the mission to Wuhan – the Chinese city where the outbreak first began more than a year ago – together with a summary report, will be issued during the week of 14 March, said Dr. Peter Ben Embarek, the team leader. “We decided to go for publishing and issuing both reports at the same time…because they follow each other and it makes sense to issue them together at the same time”, he said, responding to a journalist’s question. The experts travelled in January to Wuhan, where the new coronavirus first emerged at the end of 2019.

eudebates the production of COVID-19 vaccines