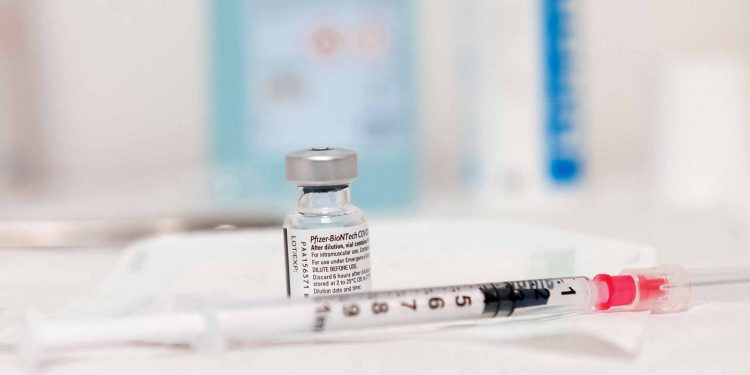 World Health Organization (WHO) Chief Tedros Adhanom Ghebreyesus warned world leaders to focus on international vaccination initiative COVAX. Dr.Tedros took part in a virtual news conference, along with global leaders to talk about the WHO COVAX vaccination initiative. COVAX aims to obtain and equitably distribute COVID-19 vaccines throughout the world.

WHO chief said some of the world’s wealthiest nations are hampering efforts by his agency and its partners to get vaccines to world’s poorest nations. The head of the World Health Organization (WHO) has called on manufacturers to prioritize contracts with the UN-led equitable vaccines initiative, COVAX, declaring that it’s “not a matter of charity, it’s a matter of epidemiology”.

Tedros Adhanom Ghebreyesus was speaking at WHO’s regular bi-weekly briefing for journalists on the latest efforts to curtail the COVID-19 pandemic. He began by praising Friday’s pledge from leaders of the seven leading industrial nations, the G7, to intensify cooperation and increase their overall contribution to the international effort under the so-called ACT Accelerator programme, to around $7.5 billion.

COVAX is working to ensure equitable distribution of vaccines, diagnostics and therapeutics to end the crippling march of the coronavirus, and Tedros expressed his thanks to the G7, together with European Union nations, who committed an extra $4.3 billion overall last week.

Global Citizen launches A ‘Recovery Plan For The World’

One step closer to COVAX initiative

“These funds and donations move us one step closer to meeting our target to start vaccination of health workers and older people in all countries, within the first100 days of the year”, said Tedros.

But all countries need to step up, he added, saying that money was far from the only challenge: “If there are no vaccines to buy, money is irrelevant. Currently, some high-income countries are entering contracts with vaccine manufacturers that undermine the deals that COVAX has in place, and reduce the number of doses COVAX can buy.

“Even if we have the funds, we can only delivery vaccines to poorer countries if high-income countries cooperate in respecting the deals COVAX has done and the new deals it is doing. This is not a matter of charity, it’s a matter of epidemiology.”

The WHO chief said that there was still a funding gap of nearly $23 billion to “fully finance” the entire ACT Accelerator vaccine initiative. To make sure the most at risk in low and middle income countries get their shots first, “we need more funding, we need countries to share doses immediately, we need manufacturers to prioritize contracts with COVAX, and we also need a significant increase in the production of vaccines”, Tedros said.

More vaccines are being developed, approved and produced. There will be enough for everyone”, he noted. “But for now, and for the rest of this year, vaccines will be a limited resource. We must use them as strategically as we can.”

The European Union announced an additional €500 million for the COVAX Facility, doubling its contribution to date for the global initiative that is leading efforts to secure fair and equitable access to safe and effective COVID-19 vaccines in low and middle-income countries. This new pledge brings us closer to achieving COVAX’s target to deliver 1.3 billion doses for 92 low and middle income countries by the end of 2021. Team Europe is one of the lead contributors to COVAX with over €2.2 billion, including another €900 million pledged by Germany.

Announcing the new contribution at the G7 virtual leaders’ meeting, President of the European Commission, Ursula von der Leyen, said: “Last year, as part of our Coronavirus Global Response, we committed to ensuring universal access to vaccines everywhere on Earth, for everyone who would need them. COVAX is best placed to help us reach this goal. This is why we decided to double the European Commission’s contribution to COVAX, to €1 billion. With this new financial boost we want to make sure vaccines are soon delivered to low and middle-income countries. Because we will only be safe if the whole world is safe.”

The contribution includes a new €300 million EU grant and €200 million in guarantees by the European Fund for Sustainable Development plus (EFSD+) that will back a loan by the European Investment Bank. This is subject to the adoption of the Neighbourhood, Development and International Cooperation Instrument (NDICI) by the Council and the European Parliament. The EIB loan with the guarantee of EFSD+ is subject to the approval of the EIB’s Board of Directors. These funds will complement a previous €100 million grant and €400 million in guarantees from the EU budget.

To date, a total of 191 countries participate in the COVAX Facility, 92 of them low and middle-income economies eligible to get access to COVID-19 vaccines through Gavi COVAX Advance Market Commitment (AMC). Most of these are in Africa. Through these contributions, the Commission and its partners will secure purchase options for future COVID-19 vaccines for all the participants in the Facility.

Vaccines will be procured and delivered to countries by the UNICEF Supply Division and the PAHO’s Revolving Fund for Access to Vaccines. The fast arrival of safe and effective COVID-19 vaccines has shown that multilateralism and multi-actor partnerships work to solve the most pressing problems of our time. The European Commission ensures that everyone who needs a vaccine gets it, anywhere in the world, and to promote global health.