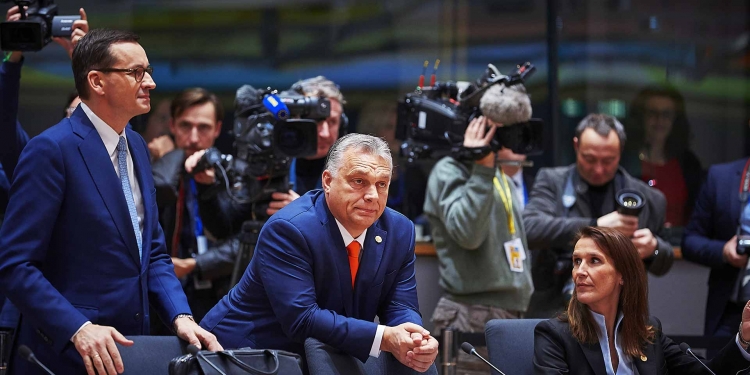 Hungary has been criticised for breaching EU values – such as having democratic institutions and freedom of thought. Last year European Parliament voted to trigger Article 7 sanctions procedure against Hungary. Hungary’s government is accused of silencing media, targeting NGOs and removing independent judges. Claims that the government of Viktor Orban strongly denies. Viktor Orban claims that the EU was targeting Hungary for refusing to take in refugees under an EU-wide resettlement quota scheme.

This week both Ms Tuppurainen and Commissioner Reynders delived presentations at the European Parliament on the state of play of rule of law. The debate in the Civil Liberties Committee on the two Article 7(1) procedures included presentations on Hungary and Poland by Tytti Tuppurainen, Finland’s Minister for European Affairs, on behalf of the Council, and exclusively on Poland by Didier Reynders, Commissioner for Justice.

A few days after the General Affairs Council’s hearing on Hungary in the context of the procedure initiated by Parliament’s September 2018 request, Ms Tuppurainen present to MEPs the conclusions on the evaluation of the annual rule of law dialogue. She also lay out the Council’s views on the situation in the country.

If the EU is concerned that countries such as Hungary and Poland are not respecting EU values, it has a legal mechanism it could trigger.

Find out about Article 7 of the Treaty of the EU.

As part of the Article 7(1) TEU procedure, the Council held a hearing on Hungary. The hearing focused on the independence of the judiciary, freedom of expression and academic freedom in Hungary. The presidency closed the hearing by presenting procedural conclusions. In line with the standard modalities for hearings, no assessment on the substance of the issues is included at this stage.

What is Article 7 of the EU?

Article 7 of the Lisbon Treaty opens a path for sanctions against a member state and a temporary loss of EU Council voting rights. The mechanism is triggered when one of the bloc’s members violates the vales of “human dignity, freedom, democracy, equality, the rule of law and respect for human rights, including the rights of persons belonging to minorities.”

The Article 7 procedure for protecting EU values includes two mechanisms: preventive measures, if there is a clear risk of a breach of EU values; and sanctions, if such a breach has already occurred. Possible sanctions against the EU country concerned are not clearly defined in the EU treaties, but might include suspending voting rights in the Council and the European Council.

Article 7 of the Treaty on European Union is a procedure in the treaties of the European Union to suspend certain rights from an EU member state. While rights can be suspended, there is no mechanism to expel a member. It would be enacted where the EU identifies a member persistently breaching the EU’s founding values (respect for human dignity, freedom, democracy, equality, the rule of law and respect for human rights, including the rights of persons belonging to minorities), as outlined in Article 2.

The European Council can vote to suspend any rights of membership, such as voting and representation as outlined above. Identifying the breach requires unanimity (excluding the state concerned), but sanctions require only a qualified majority. The state in question would still be bound by the obligations treaties, and the Council acting by majority may alter or lift such sanctions.

For both mechanisms, the final decision needs to be taken by representatives of member states in the Council, but the thresholds to reach a decision are different. For the preventive mechanism, a decision in the Council requires a majority of four fifths of member states, whereas a determination on the existence of a breach requires unanimity among EU heads of state and government. The EU country concerned does not take part in either vote. 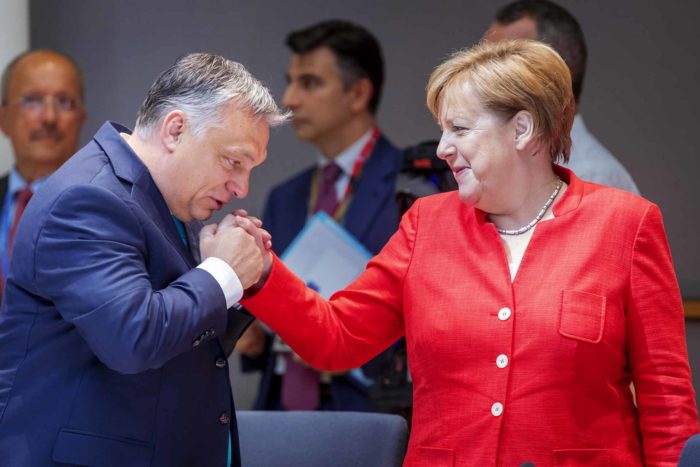 In 2014 the European Commission introduced a three step mechanism to identify “systemic threats” to EU values. The mechanism must be complete before Article 7 is discussed.

Article 7.1: The mechanism begins with a proposal to find a “Clear Risk of Serious Breach” of EU values either by the Commission, the Parliament or one-third of member states. This is then approved by a two-thirds majority in Parliament. The accused country is then called to answer to the Council, which may then issue recommendations and vote by four-fifths to identify a breach.

Article 7.2: In the event of a “serious and persistent breach” (i.e. the country does not heed the Council’s guidance) then the Commission or one-third of countries, approved by a two-thirds majority in Parliament, calls the country to answer to the European Council again. The European Council must then decide unanimously to proceed to Article 7.3.

Article 7.3: Once the European Council has unanimously decided that the breach is still occurring, the Council then votes by qualified majority to suspend rights of the accused country, including voting rights within the Council, until all duties are fulfilled.

Fidesz Group in the European Parliament

The European People’s Party suspended Fidesz’s membership last March over concern about Orban’s populist anti-immigration campaigns and erosion of the rule of law, freedom of the press and minority rights under his tenure. Last month Fidesz was not invited to a two-day EPP gathering in Croatia.

EU debates the situation of the rule of law in Hungary.

Is it a normal reaction to hard problems or a democratic crisis of a European Member state?